For making an atlas I'd like to show different city districts, each with enclosed water bodies - one district per map (see picture).

I try to show only the part of the matching water geometry which intersects with the the city district or rather which lies only within the district so that the water does not overlap the district's border.

My idea: First step is displaying only water features which have the same district name as the district itself (before the AND-operator), the second step contains the described matter.

But I guess I imposed some wrong conditions within the rule-based symbology of my water layer. Is my expression redundant anyway?

Does anybody know how to solve this? 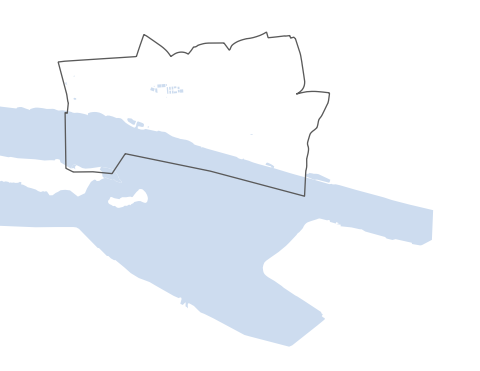 This can be done with a mask layer using the district as a mask.

So QGIS has a great symbology called inverted polygon, which will fill everything outside of a polygon.

You can also filter features based on if they are the atlas feature.

So in my example I only want to show lines that are inside my area (in red): 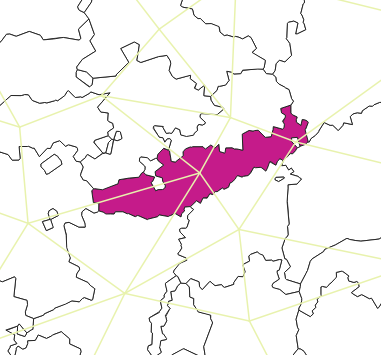 So I duplicate my area layer (right click in the layers panel and duplicate).

For this duplicate layer, set up a "Inverted Polygons" symbology. Set it to be Rule-Base with the rule of:

Set the symbology to white (or whatever you want the background colour to be) and no line: 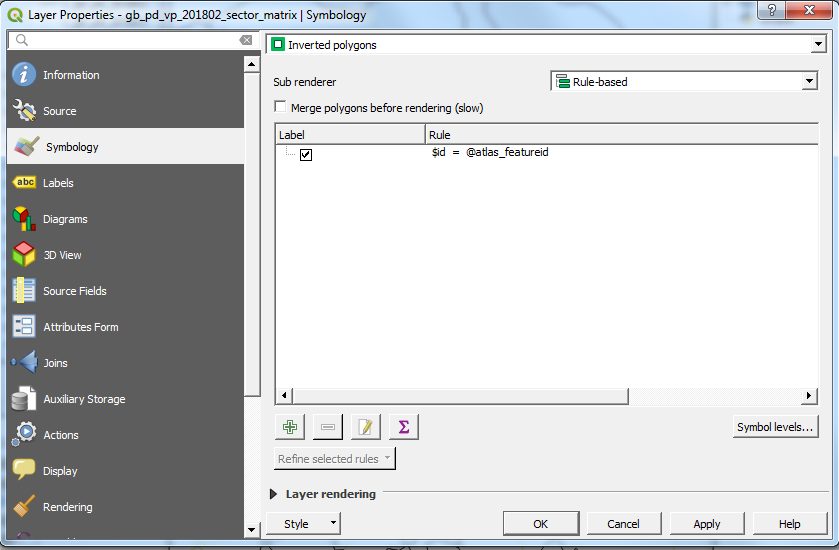 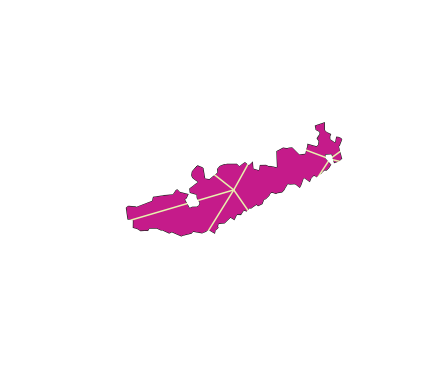 Use a geometry generator style instead of rule-based styling.

This displays the intersection of water bodies with the current atlas feature.

Not the answer you're looking for? Browse other questions tagged qgis print-composer atlas or ask your own question.