Straight lines as output of flow accumulation in ArcMap 10.5

I'm quite new to ArcMap and I have a question regarding the flow accumulation tool. What I did so far:

What bothers/surprises me is that many of these polylines are unnaturally straight. I expected a much more irregular pattern. I have actually been in the field and seen the area. There are no artificial channels that could explain why the lines are so straight.

Is there any mistake in my calculation process?

Any step I missed?

Have you ever had a similar output when using the flow accumulation tool?

Or would you say that the result makes sense? 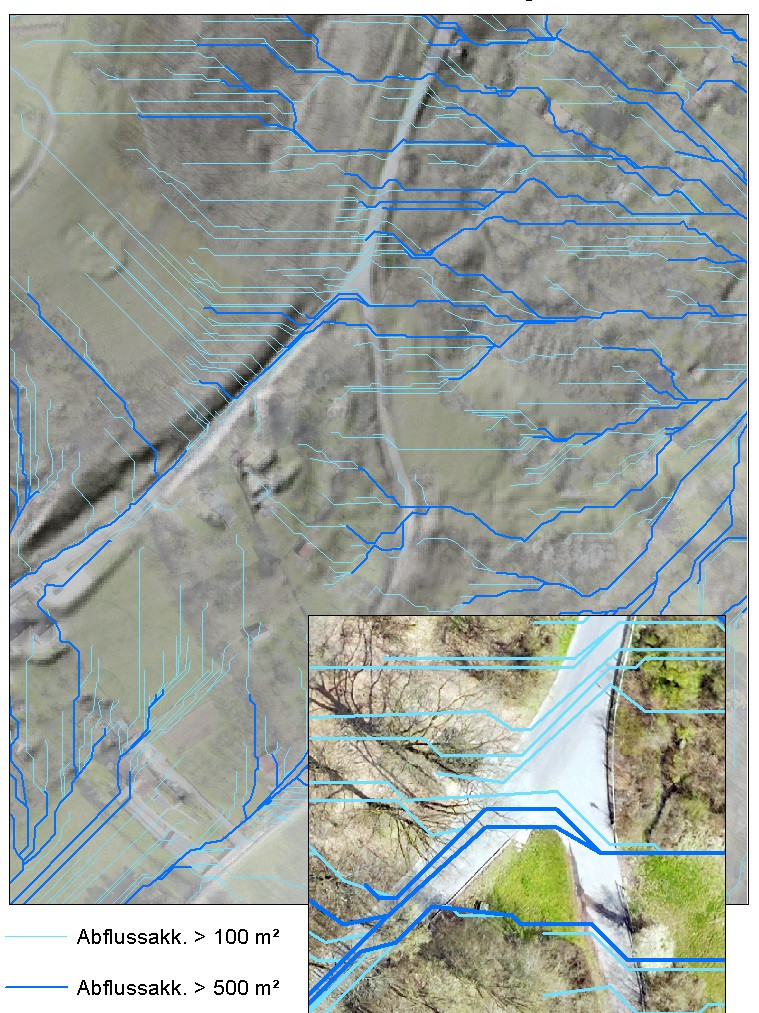 Note that it's important to fill sinks before computing flow direction. Sometimes this issue can occur after filling the sinks, but as there are visibly man-made features in this raster (e.g, the road), this might not be so unrealistic. Other times, this occurs from over interpolation of a raster (creating highly refined flowpaths for the courseness of your grid). One way to check is by using the "Flow Path Tracing" tool in ArcHydro. If you identify that it's not following the true flow path, the quickest way to resolve this is by first burning the streams, if you have a known location in the form of some shapefile. Check Dean Djokic's report, "Comprehensive Terrain Preproccessing Using ArcHydro Tools"

This kind of flat flow accumulation is very common where the DEM is flat (e.g., water bodies, LiDAR doesn't penetrate water!) or there are downstream structures that convey water through the ground surface (e.g., culverts, again LiDAR doesn't penetrate the ground, but most of the time, pier bridges are OK). You can try hydro enforcing (or DEM burning) through those artificial structures. In your screenshot, I can see a couple streams flowing under the road (culverts maybe).

Judging from the terrain only (satellite imagery would help a lot, but...), I tried to add some "burn lines" (red lines) where there may be streams blocked by the road (high ground obstructing the flow). Hydrologically, streams are not discontinued at these points; rather they flow "under" the road (culverts). Usually, this under-road stream cannot be well represented by DEM, so we manually "connect" those disconnected streams by lowering (burning) the road so upstream cells can drain to the downstream more "naturally."

In a similar way, you can force flow accumulation by manually burning streams where the terrain is flat, but there is actually a defined stream from the satellite imagery. 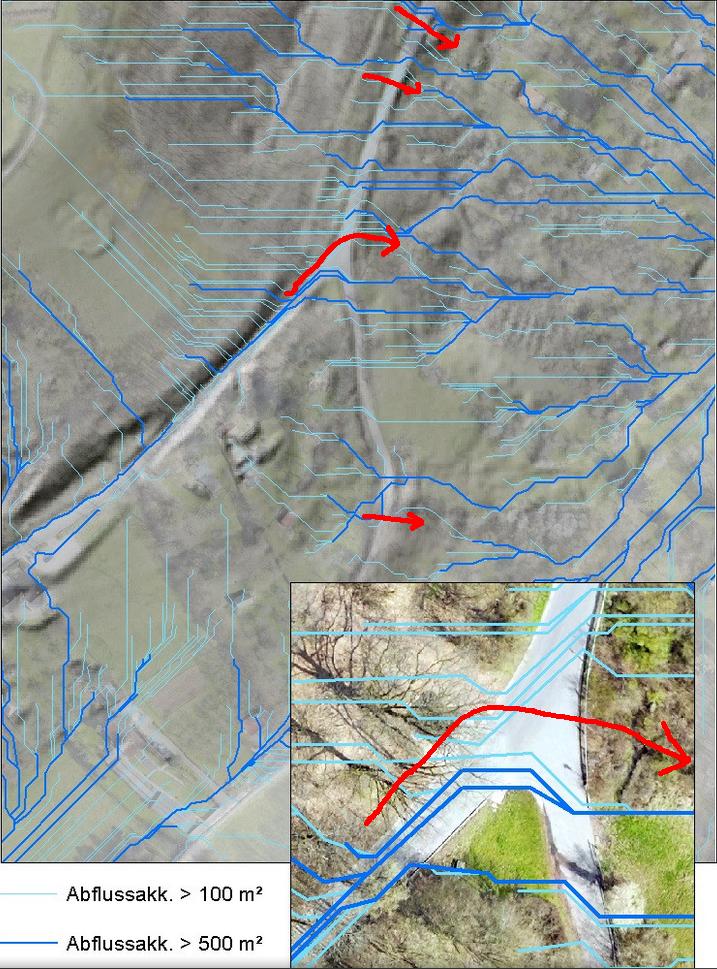 This presentation may be useful.

Not the answer you're looking for? Browse other questions tagged arcgis-desktop arcmap flow-accumulation or ask your own question.