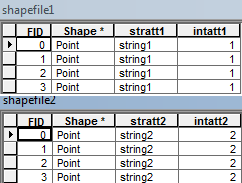 From the documentation and other answers in SO I found the OGR_DISPLAY_FIELD=name command, but it only works for one shapefile. Thus, if I import several shapefiles at once, I get only feature1, feature2, feature3 and so on at the feature tree, as it can be seen in the following image: 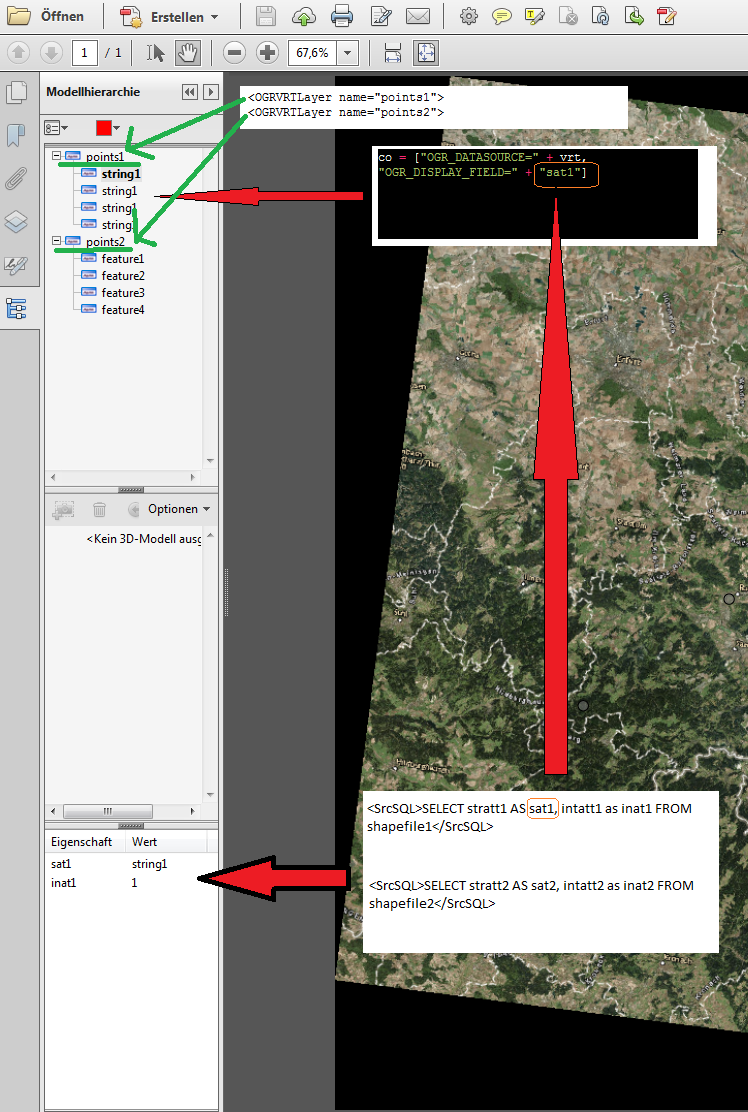 Because I'm doing it with Python, my code looks like this:

My VRT file (called vrt above):

Any ideas how could I achieve my goal with only one gdal.Translate() call?

In the screenshot of the PDF you can see that every feature in points1 is displayed as string1, the attribute from the column stratt1 in shapefile1. This is correct.

In the screenshot of the PDF you also can see that every feature in points2 is displayed as feature1, feature2, feature3... and so on. This is NOT correct. It should be called string2 following the same principle as above.

More of a comment here (I wanted to include an image). What about trying the following approach? Note casting the columns to a unique alias (i.e. stratt1 and stratt2 to 'sat', etc.):

Not the answer you're looking for? Browse other questions tagged python ogr ogr2ogr gdal-translate vrt or ask your own question.