Which items do not support editing metadata in ArcGIS Pro?

According to the Best Practices for Editing Metadata,

You can create metadata to describe most items in ArcGIS Pro.

The geoprocessing tools that support managing metadata in ArcMap are not yet available in ArcGIS Pro. Importing, exporting, and validating metadata must be managed using other applications in the ArcGIS platform.

This is confirmed by the Tools that are not available in ArcGIS Pro page.

However, I can't seem to find any resources that show which items do not support metadata creation.

For example, I'm attempting to edit metadata for a map in my Project and the metadata I enter won't save. Even after saving the project.

Step 1: Edit Metadata for one of the maps in my project. 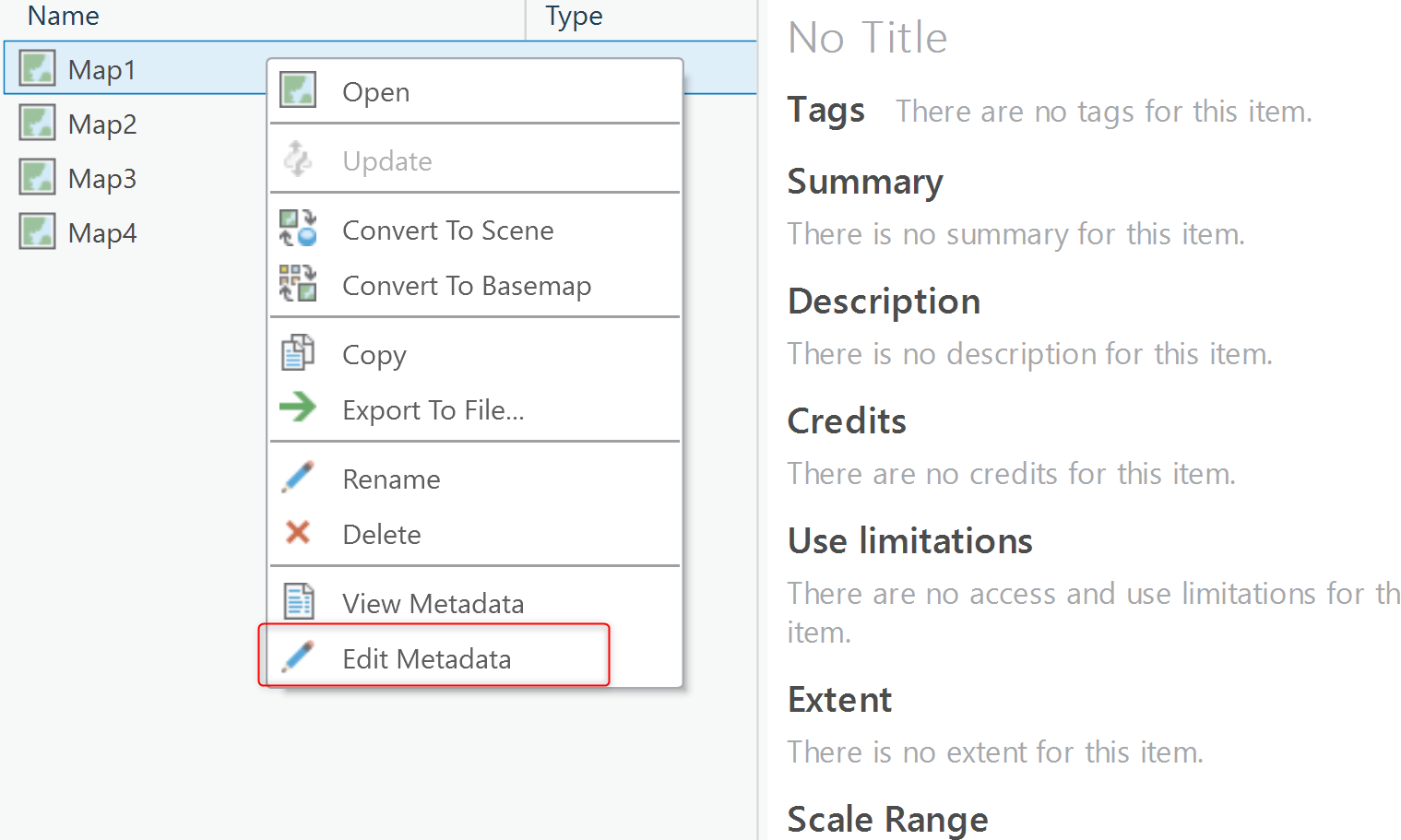 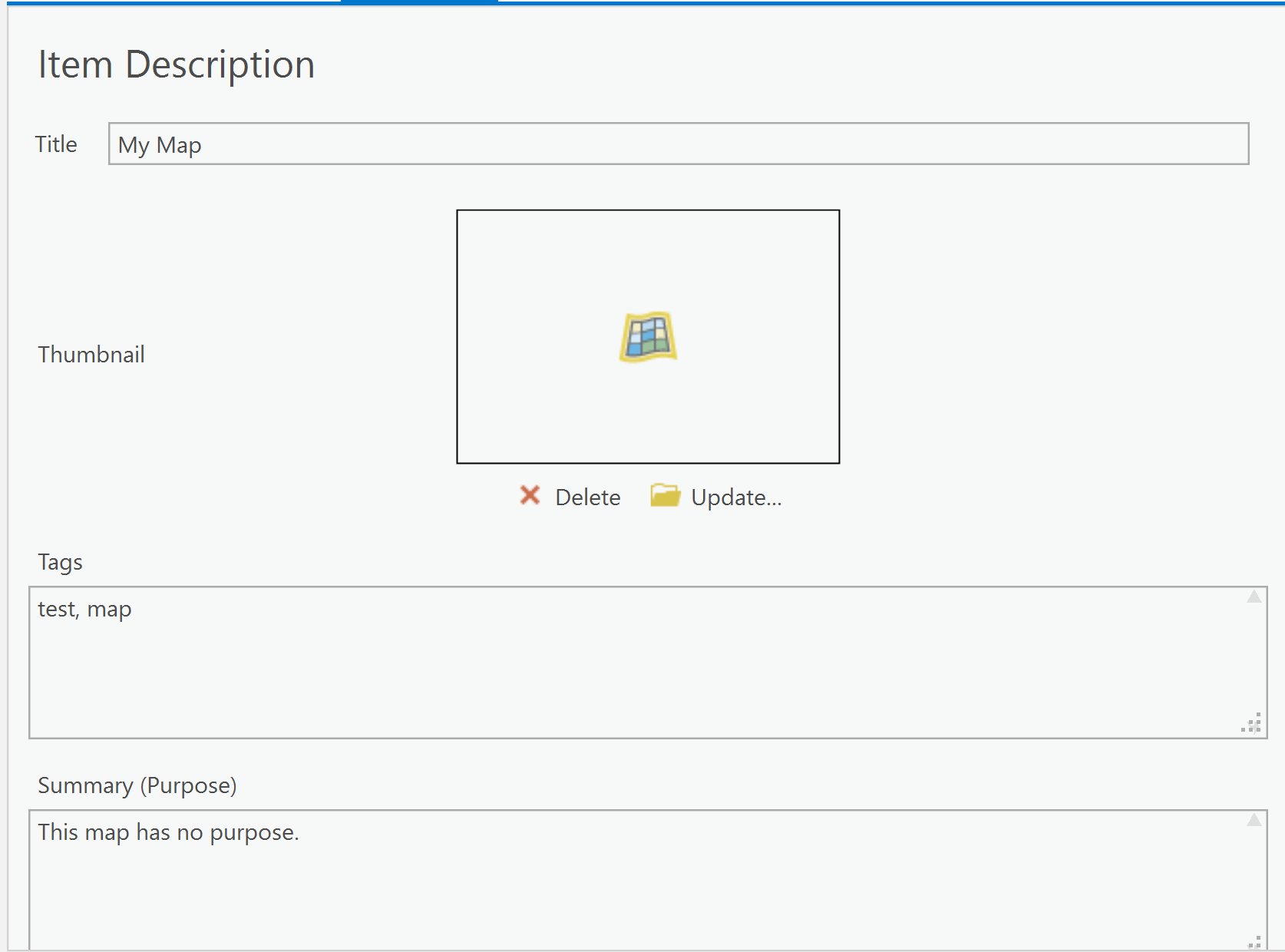 Here I apply the metadata changes to my map.

Note the Save icon is disabled. When I hover over the save icon, it says: "This command is currently disabled. Available only when editing metadata for items stored outside the project such as feature classes and tools."

You can see in the image below, that it appears that my metadata has been applied. 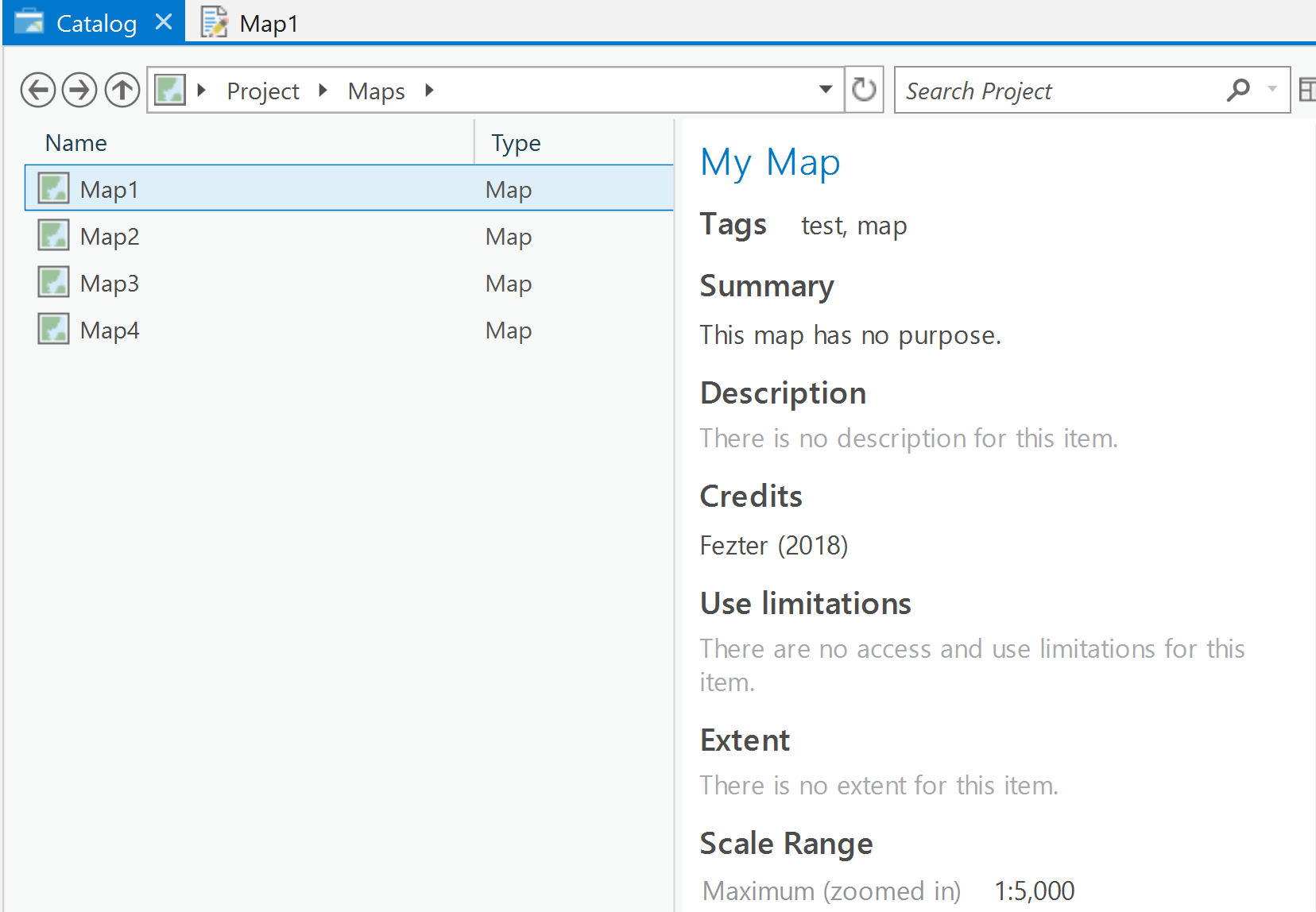 However, when I click on a different map and back on the first one, the metadata is gone. Even if I save the project. 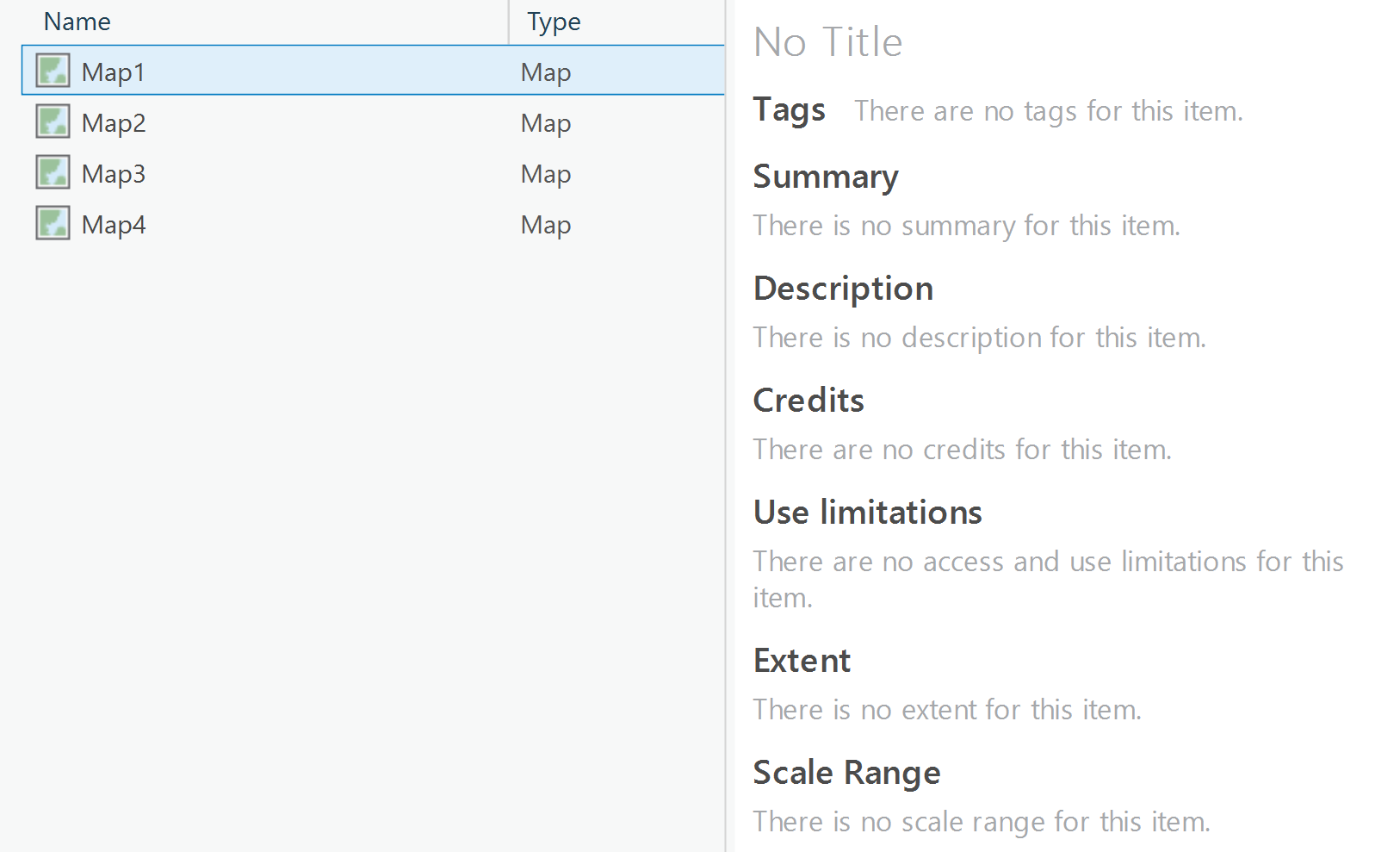 My suspicion is that items within an ArcGIS Project do not support metadata. But I can't find anything to support this. I did successfully saved the metadata for a feature class in a file geodatabase. But not for a map in the project.

What items do not support metadata in ArcGIS Pro (2.1.2)?

It's worth noting that: **Esri's roadmap** lists Metadata as a near-term update (Presumably at 2.2).

Metadata Import, Export and Sharing - Support majority of metadata functionality including the ability to import and export using standard metadata formats and sharing metadata across items in ArcGIS Enterprise and ArcGIS Online.

Although the word "majority" in the above statement is problematic.

It looks like Metadata support in ArcGIS Pro has been expanding.

I think the last dot point is the feature that you may have been waiting for.

Is there a timeline for integrating metadata conversion? It is mentioned in Tools that are not available in ArcGIS Pro—Appendices | ArcGIS Desktop, but not addressed in this roadmap.

Not the answer you're looking for? Browse other questions tagged arcgis-pro metadata or ask your own question.