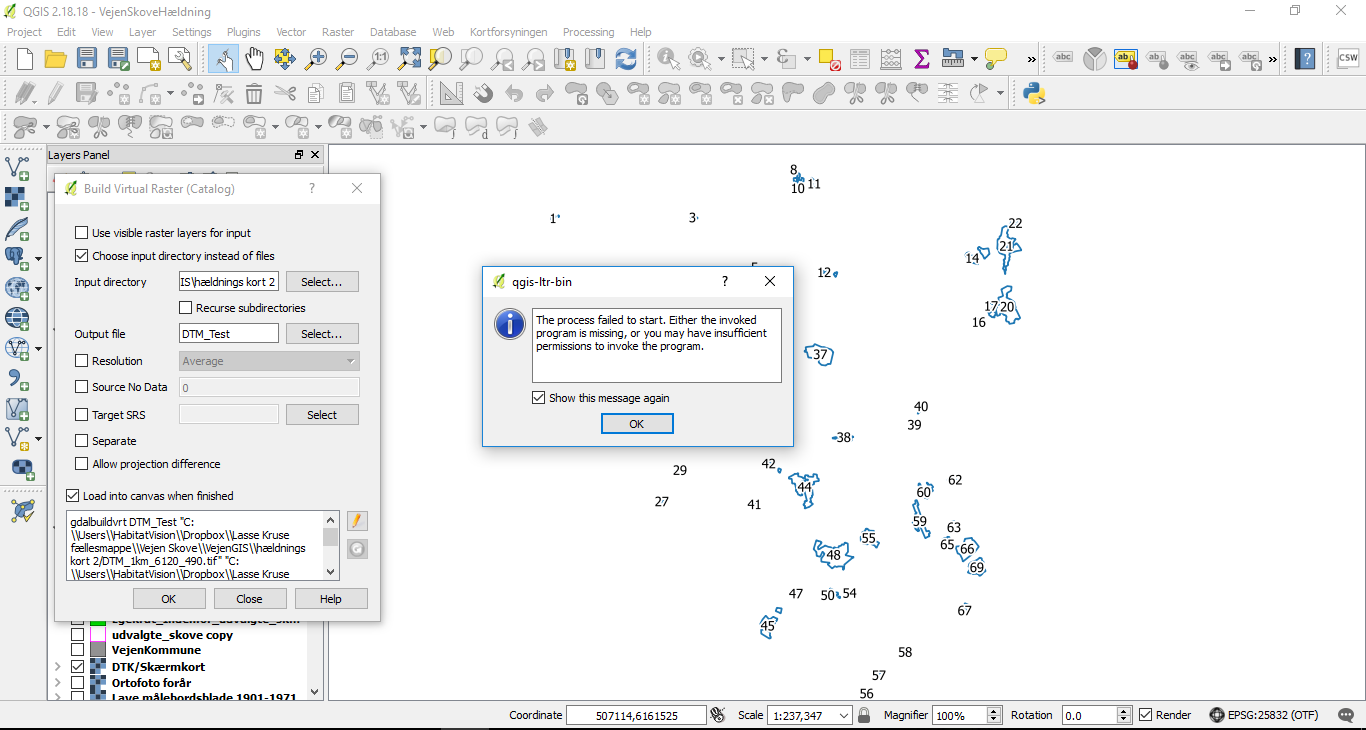 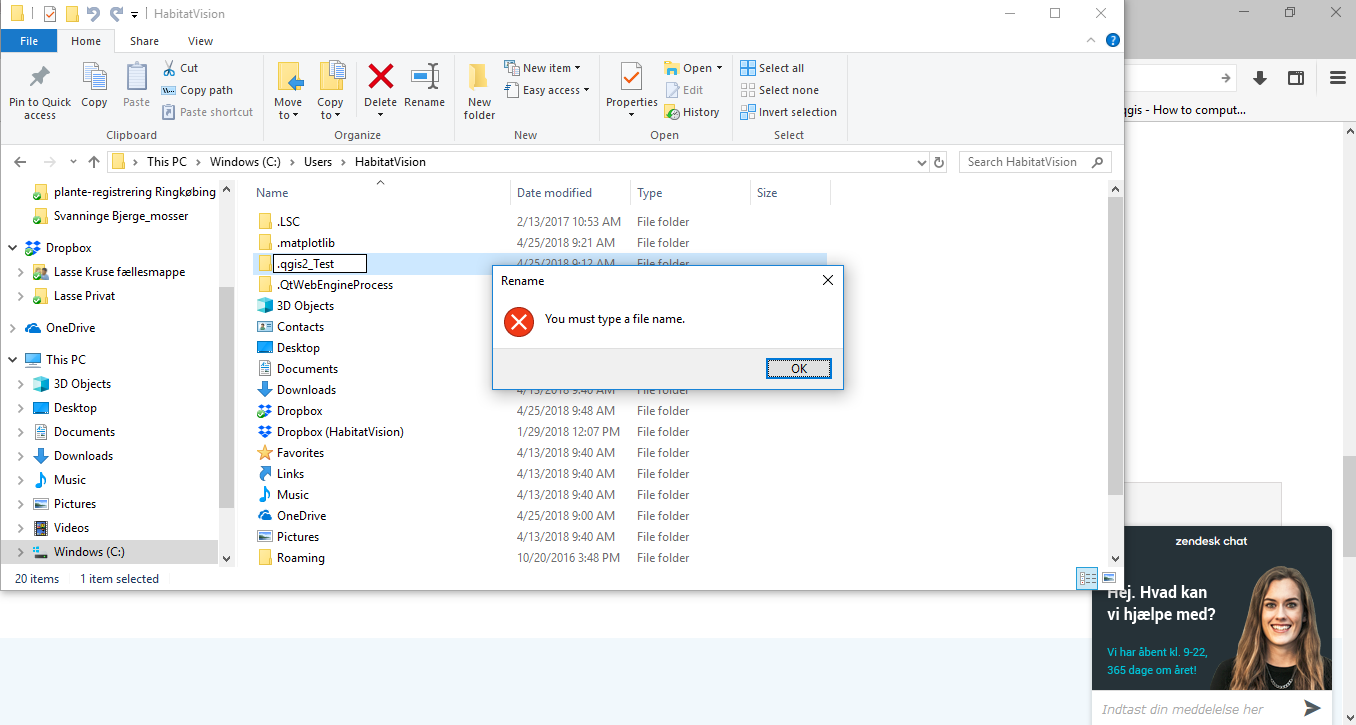 I'm working in Qgis 2.14 and have received multiple raster files for the Height of a terrain that combined covers the entire terrain I’m interested in.

I would like to combine them. Because the specific areas sometime overlap between two Rasters calculations are difficult.

I have tried using the following tools :

However, they all inform me that I either do not have the permission/rights to use these tools or the tools are not installed or have disappeared. Does anyone know is these tools belong to some plugin? I have tried to look through the plugins but have not found them. However there are so many I could have missed it!

the top picture is the error message i get when i try to make a catalog of the Raster files.

I have tried to change the folder mentioned in the comments to the first answer but i get the message shown in the button picture.

The catalog tool should do the trick. There is an option to select which behaviour you want to use in the overlapping areas.

The tools should be present in the default installation. Check that the processing plugin is installed and it should work.

Not the answer you're looking for? Browse other questions tagged qgis raster qgis-plugins merge or ask your own question.

3
Wrong values when merging raster files
4
Merging raster elevation data
1
Forming vrt of 4139 ecw files?
1
Merging rasters using QGIS raster calculator?
3
Merging hundreds of rasters in QGIS to create a basemap
5
RGB TIFF goes black when zoomed out in QGIS?
6
Should I build pyramids/overviews for the source files or for the virtual raster?
1
QGIS: where is the bilinear resampling option when saving to a new raster?
2
Merge two overlapping rasters and only take values from one raster in the overlapping areas in QGIS