I have a polygon feature class where each polygon represents distribution range of a species, and I have over 90 species here where each species representing a single polygon.The attribute table also contains several binary numeric fields that indicate species conservation status-- EN, CR, VU, NT, LC, etc (1 if the species is classified in a certain status 0 if not). I also have a 10*10k grid. I want to count number of polygons (species) overlapping with each grid cell. And, I want to sum um the 1s in conservation status fields for each grid cell to enumerate the number of species belonging to each conservation status in each grid cell (so that I can create species heat/hotpot maps).

Is there a suitable tool that satisfy my need? I am not very savvy on python scripts and that's why I need to support with existing tools and the model builder. I am using Arcmap 10.6 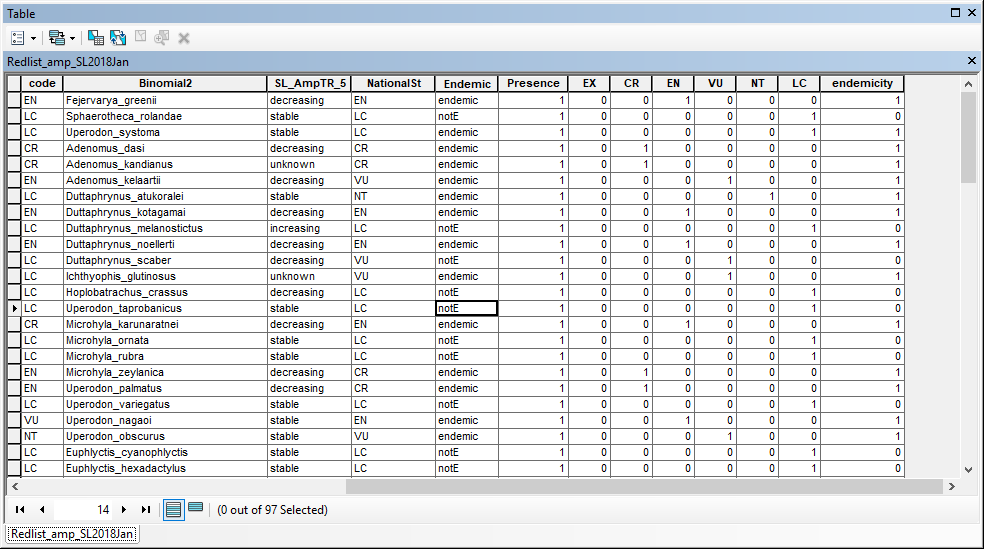 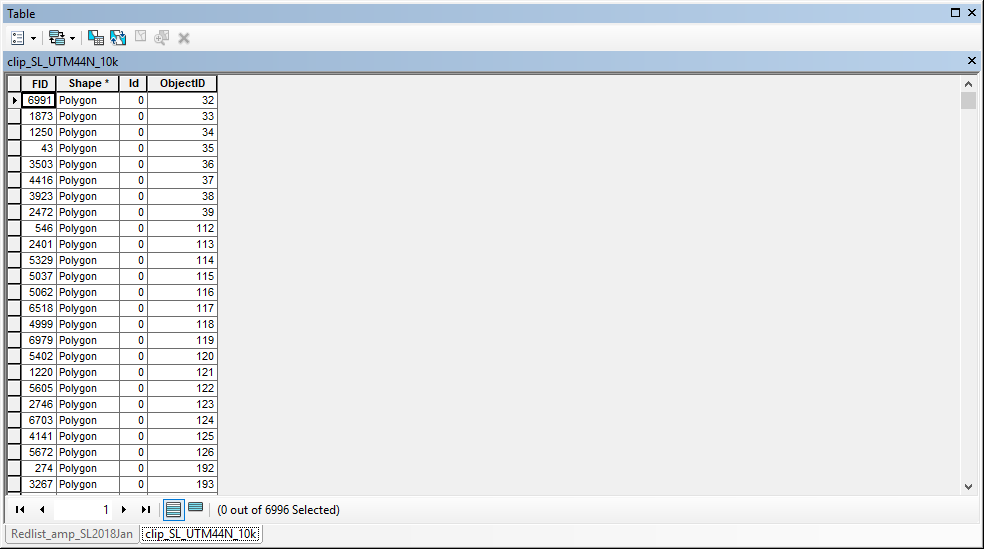 Intersect your species layer with the 10k x 10k grid.

Take this dissolved layer and used the Grid reference as the linking field in a table join, and join this dissolved polygon back to the original grid.

Not the answer you're looking for? Browse other questions tagged arcgis-desktop spatial-join or ask your own question.