I am attempting to run a simple Select by Attribute on a large File Geodatabase feature class (1,751,339 polygons) in ArcMap 10.6, but the query returns extra, incorrect records along with the features that have the attribute value I'm interested in. For example, when I search for soils in the Mollisol taxonomic order with component.taxorder='Mollisols' the query selects those features along with other, incorrect features that correspond to different soil types (e.g., Alfisols).

These are the NRCS SSURGO soil data, and the attribute in question was joined to the map unit polygons from the "component" table in the geodatabase. I have tried rebuilding the joined table from the original source data, but get the same results. Per DanC's suggestion, I also tried similar queries such as component.taxorder IN ('Mollisols') and component.taxorder LIKE 'Mollisols%', but those return the same errant search result.

Apparently some users experienced a similar problem when querying long integers in ArcMap 10.0, but that bug has supposedly been resolved. I can't find any reference to this problem in ArcMap 10.6.

If anyone else has experienced this, have you found any fixes or workarounds? 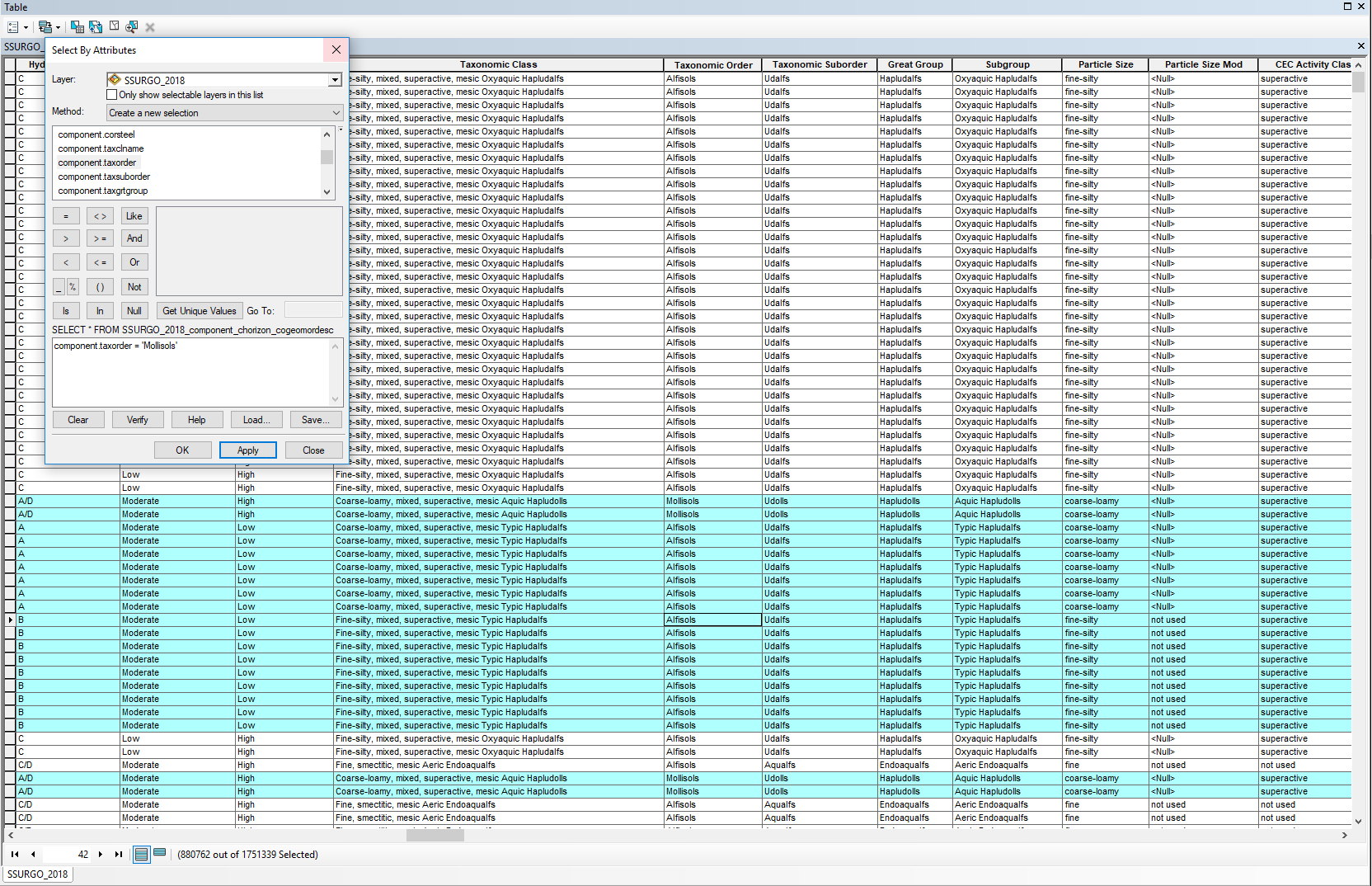 I have no idea why that might work, other than my prior experience with bugginess with joined tables. It crossed my mind as an option to try.

Not the answer you're looking for? Browse other questions tagged arcgis-desktop attribute-joins query select-by-attribute arcgis-10.6 or ask your own question.