Creating species richness map (as next stage after species distribution)? 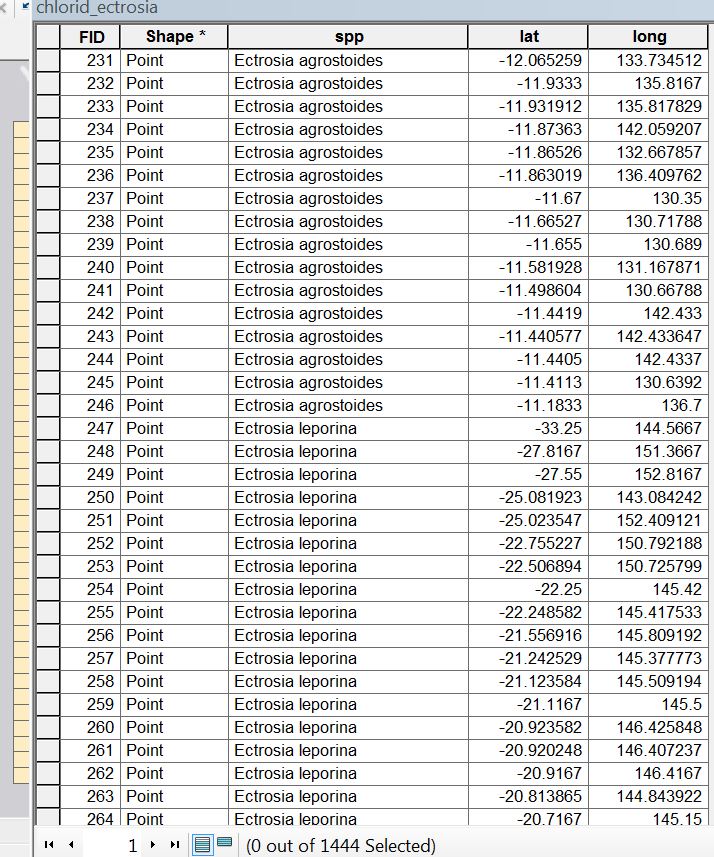 I'm using ArcMap. I've read the messages related to this topic but they don't take me far enough.

Most of the advice is related to species distribution, but I need to create a species richness map. I need to be able to say, for example, that in grid cell P there are 5 species (a to e), and in grid cell Q there are 22 species, even though in P there may be 200 records for species a, 100 each for species b , c and d, and 10 for species e. I'm simply wanting presence/absence of species, then a count of presences in any one grid cell.

I have tried to merge the shapefiles and the fishnet by doing a spatial join with ONE_TO_MANY, but the resulting attrib table is not listing or counting concurrent species. 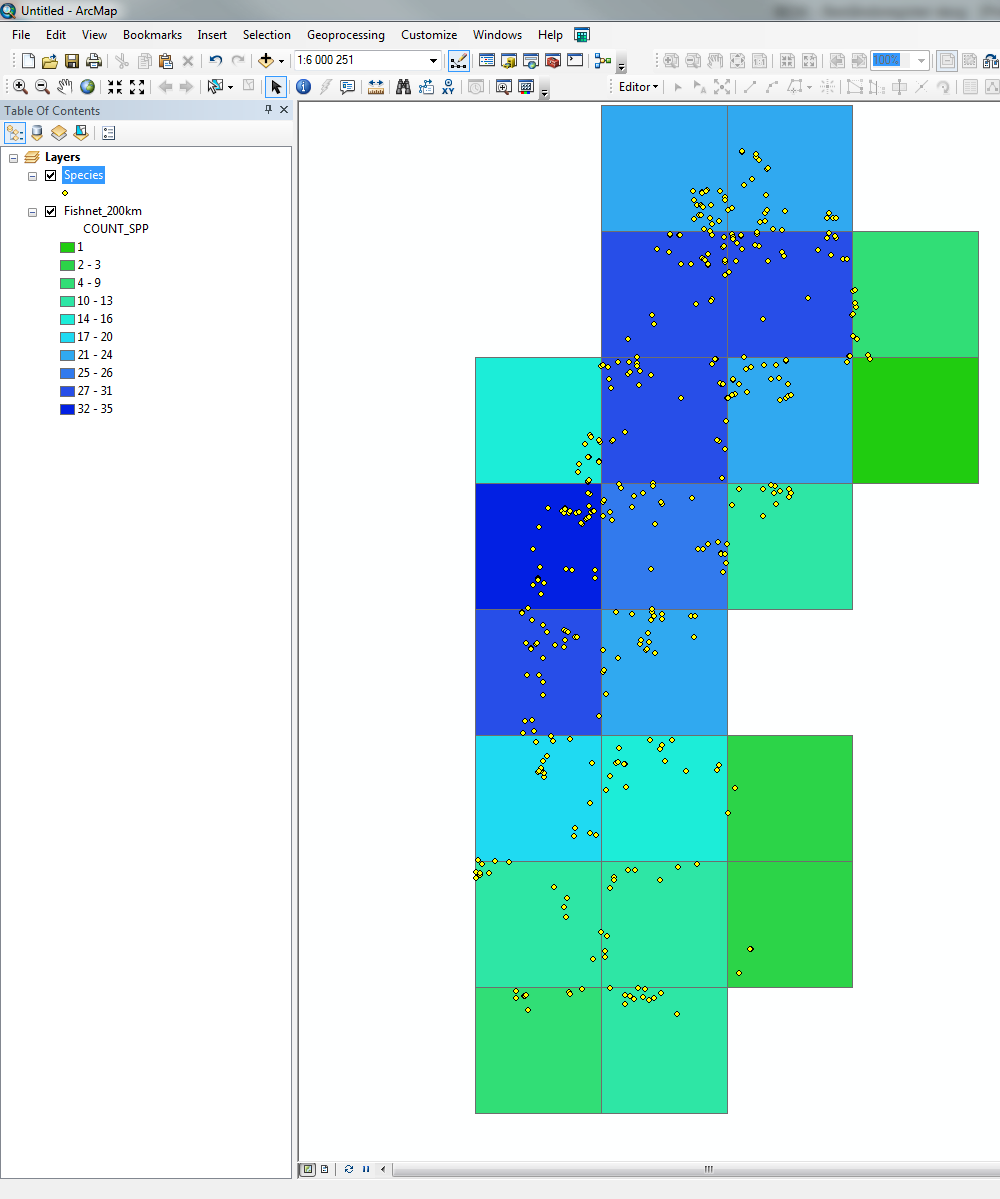 Not the answer you're looking for? Browse other questions tagged arcgis-desktop vector-grid density or ask your own question.

5
Simplifying polygons made from binary rasters using ArcGIS Spatial Analyst?
6
Summing up over area based on distance related function?
3
How can I create a valid probability map of species distributions based on presence/absence data from multiple quadrats?
0
Problems when Joining table to polygon
1
Can I extract x and y co-ordinates that represent presence/absence using ArcGIS?
0
ArcGIS 10.3.1: Spatial Join & Count of points on a regular grid
1
Shanon diversity index in QGIS