Distance from within boundary in Shapely

I'm new, although I am reasonably experienced in Python.

My question concerns Shapely, a library for spatial data. I am trying to assign some points as being within some distance d of the boundary of the shape. The main problem is that these shapes are in some cases very, very nasty indeed, with self-overlap and intersection galore - some examples illustrate what I am dealing with: 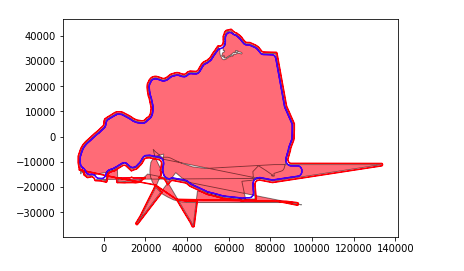 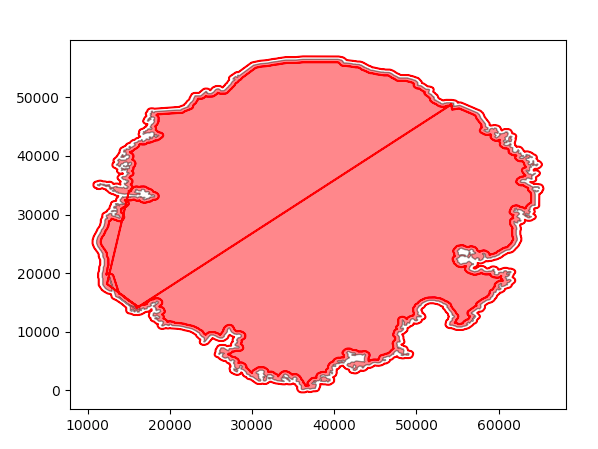 My initial approach was to try constructing buffered objects that were +/-d from the original shape using the buffer() method. But this doesn't appear to work for me - the shapes are either overlapping, completely all over the place, or way too far in to be sensible.

I figured that another approach was to simply get the distance() to the shape. But this does not work for those points within the shape - distance() merely returns 0.

I am wondering if there is any way of getting the distance of a point to the boundary of a shape from within that shape, or more generally a way to do what I am trying to do. Any suggestions?

An example Python snippet of the approach that seems to work best is as follows:

The above is my current approach. What I had in mind for it would be something like this:

For the other approach regarding points being some distance from the margin:

What I did was this:

Essentially I treat the boundary as a linestring object AND a polygon. One can then efficiently determine whether the point lies within the original shape, whether it is close to the boundary, or neither.

Tah-dah! Quite pleased with this. Hope this helps others with similar issues.

Not the answer you're looking for? Browse other questions tagged python shapely boundaries or ask your own question.

5
Interpolating Points using Shapely
2
How to Specify Haversine when using Buffer Method in Shapely and how to get Haversine distance between two Shapely Point objects?
0
Shapefile from heading and distance directions for property boundary
8
Removing self-intersection from invalid polygon using shapely?
2
Finding shortest distance from point(s) to number of polygons at varying angles using shapely?
2
Finding distance from points to the boundary of the nearest polygon in Python