So, how to create a raster image or polygon grid from regular points, where those points represent the centroid ?

You could use gdal_rasterize either from the command line or QGIS to generate your raster. To make sure your points sit within a cell, you need to do two things. First, set the target resolution to 5m, and set the extents to be 2.5m bigger all around than the source data.

This assumes your height data is in a Z point attribute, otherwise just use -a <attribute_name> instead of -3d

You could try to create a Voronoi diagram. It seems to work: 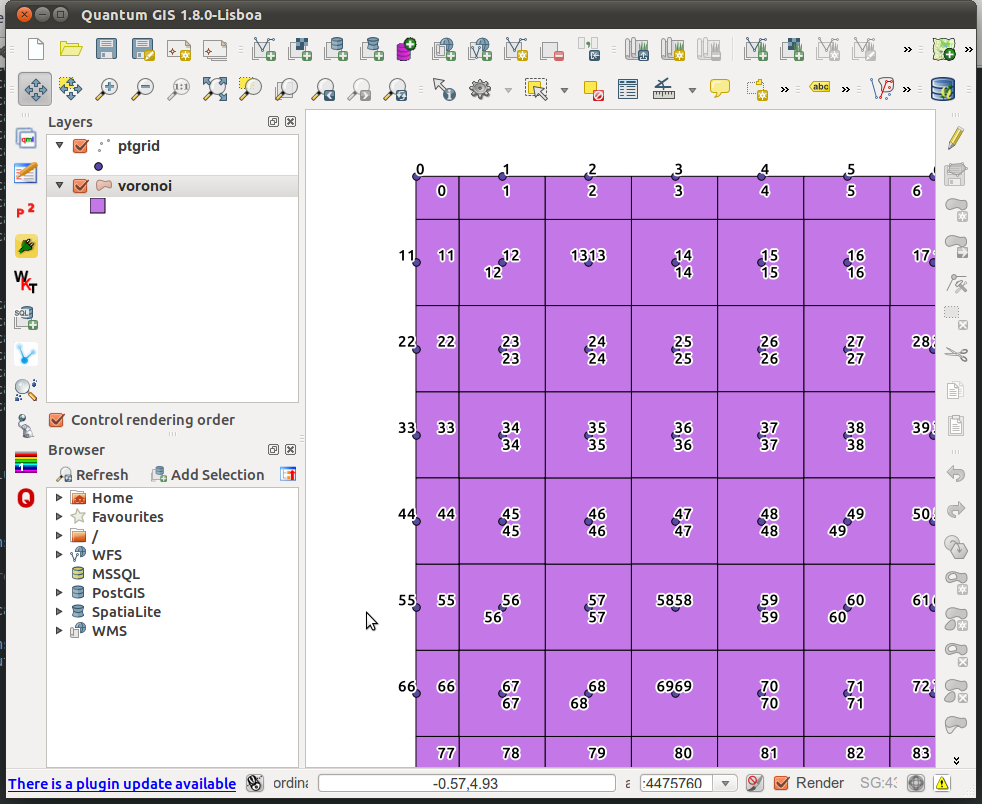 If the Voronoi tool should fail on 75,000 points, try divide&conquer: Split the point layer into multiple smaller ones to make computation easier.

I went straight into MerseyViking's answer and dared to go the command line way and didn't try underdarks proposal so far.

For the convenience of not to have another program to store my steps, i used the qnote plugin to keep track of my actions, so i copied the data there

and then changed the parts piece by piece to adopt the example to my data.

As is have a point shape with the hight in a field named Hoehe i have to substitute the -3d with the -a Hoeheand remove the part with -l heights.

The resulting command line for my example looks like this:

Then i started the OSGeo4w command line shell from the desktop link and pasted the line. It took approximately 3 seconds to create the raster file (ok, i leave out all my attempts till i finally succeeded)

I loaded the raster image into qgis and it really perfectly fits. 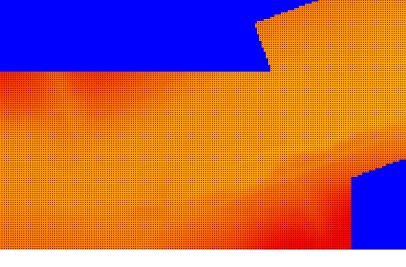 The last step was only a half success: Vectorizing the raster back, so i get the cells as polygons with Raster -> Conversion -> Raster to Vector produces a vector layer, where all adjacent cells with the same hight value are dropped into a single polygon. This conversion was really quick as well, and actually i think, for further actions on the data, these polygons are as fine as having single polygons for each point. So, i am happy :)

Thanx a lot for you answers. 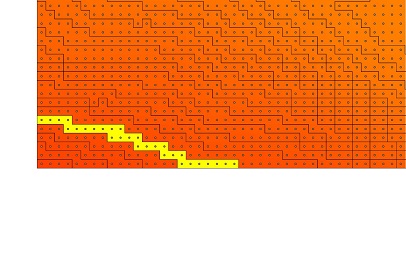 Not the answer you're looking for? Browse other questions tagged raster dem point rasterization or ask your own question.

2
Rasterizing z values from vector grid points as centroid of cells?
2
How to create cross sections from vector point layer in QGIS?

6
Does a value in srtm dem file refer to the center or corner of a cell?
3
Point file to raster
11
Creating DEM from Point Data using QGIS?
2
Finding average elevations from a Raster DEM, applying those to Vector Grid created with GME
4
Creating fishnet where each point from point file is located in middle of individual grid cells?
2
Mapping data from coarse grid cells onto high resolution DEM (in QGIS)
2
Rasterizing z values from vector grid points as centroid of cells?
1
Converting raster to vector from multiple raster values?