QGIS point sample tool faster than in PostGIS - how to improve query?

This question is similar to Speed up point sampling with ST_Value function in PostGIS, raster/vector overlay but that question specifically addresses point sampling of raster, not polygons, using ST_Value, and the optimum raster tile storage size.

Both tables have had maintenance performed and have spatial indexes that are updated. The polygons are records of fertilizer application rates applied to a field and are fairly messy with plenty of overlaps: 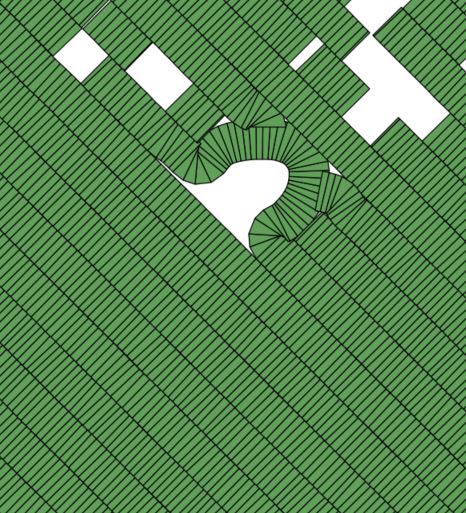 The polygons table has been checked for invalid geometries and those have been fixed. Running ST_NPoints tells me there are an average of only 5 vertices per polygon so ST_Simplify is not necessary. The average polygon size is 112 m2 and range from 0 (only 60 of them) to 826 m2. I cannot dissolve (ST_Union) polygons on anything because I need the unique numeric fertilizer values from those individual polygons.

I've tried two queries in PostGIS, but have abandoned them after running them for a few hours:

Having QGIS read the tables from the DB and run the 'point sampling' tool takes only a couple of minutes. However this is not the optimal solution for many reasons, particularly because the output must be saved as a shapefile, headers are truncated to 10 characters, and then must be imported back into the DB, header names fixed, etc.

I would like to keep any suggestions/solutions within PostGIS/QGIS.

EDIT: In response to John Powell and Thingamubob's comments, I ran EXPLAIN ANALYZE on the two queries above. Both tables had vacuum/analyze performed just prior to running EXPLAIN ANALYZE. Here is the output for the result of the first query: 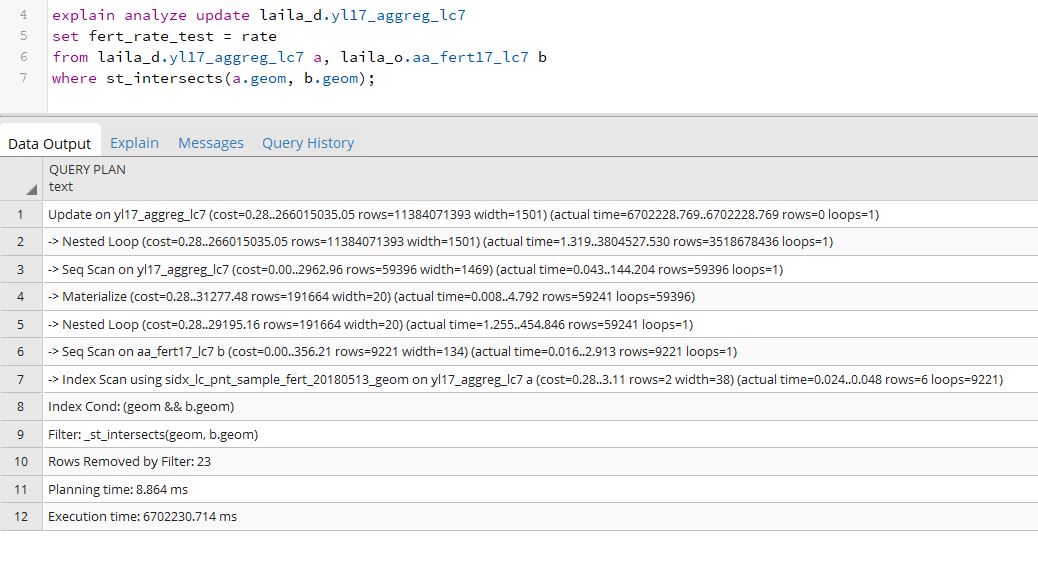 And here is the output from the second query, the one using the CTE: 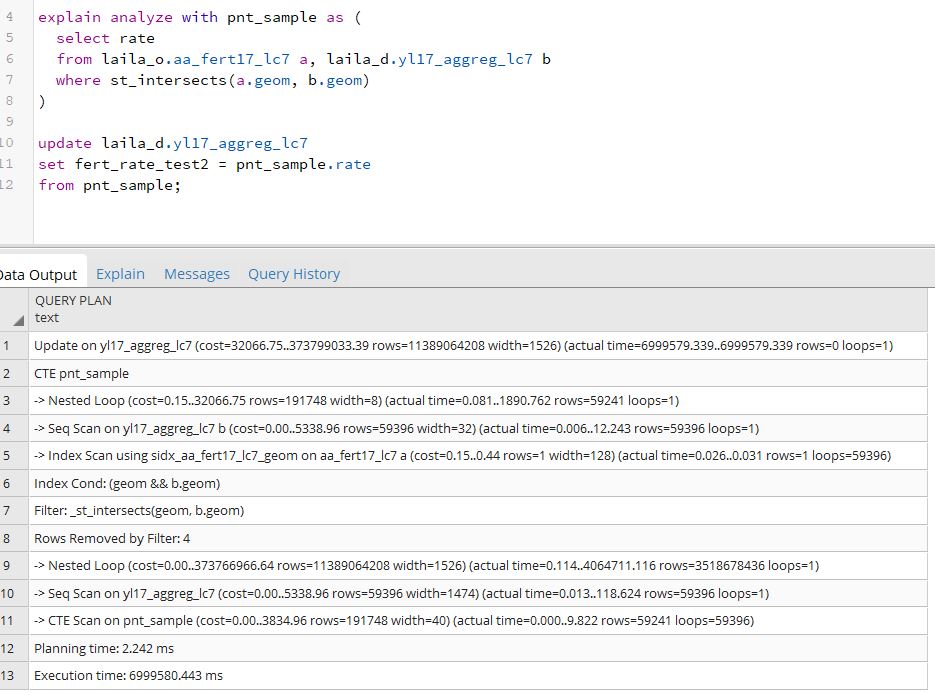 Each of these EXPLAIN ANALYZE queries took about an hour to run.

If polygons overlap, then choosing the correct value may require some grouping.

Not the answer you're looking for? Browse other questions tagged qgis postgis postgresql geometry or ask your own question.