I would like to create a map where I show land cover change between year 1996 and 2002 in Indonesia. In the layout view, I added a new data frame to add the other year, but it seems that the extent is different in the first Layer than the extent of the"New data frame". At the very beginning,I used the Raster Project to change the spatial reference (used Eckert IV) so that they would also have a linear unit in meters, and not only angular unit, which is in degrees. However, the extent of the ''New data frame'" is in meters, but the "Layer frame"" is in degrees. What do I need to do to make sure that all my maps have the same extent in each Data frame I add?

arcgis-desktop extents layouts land-cover
share|improve this question
edited May 16 '18 at 1:02

You can also specify units. 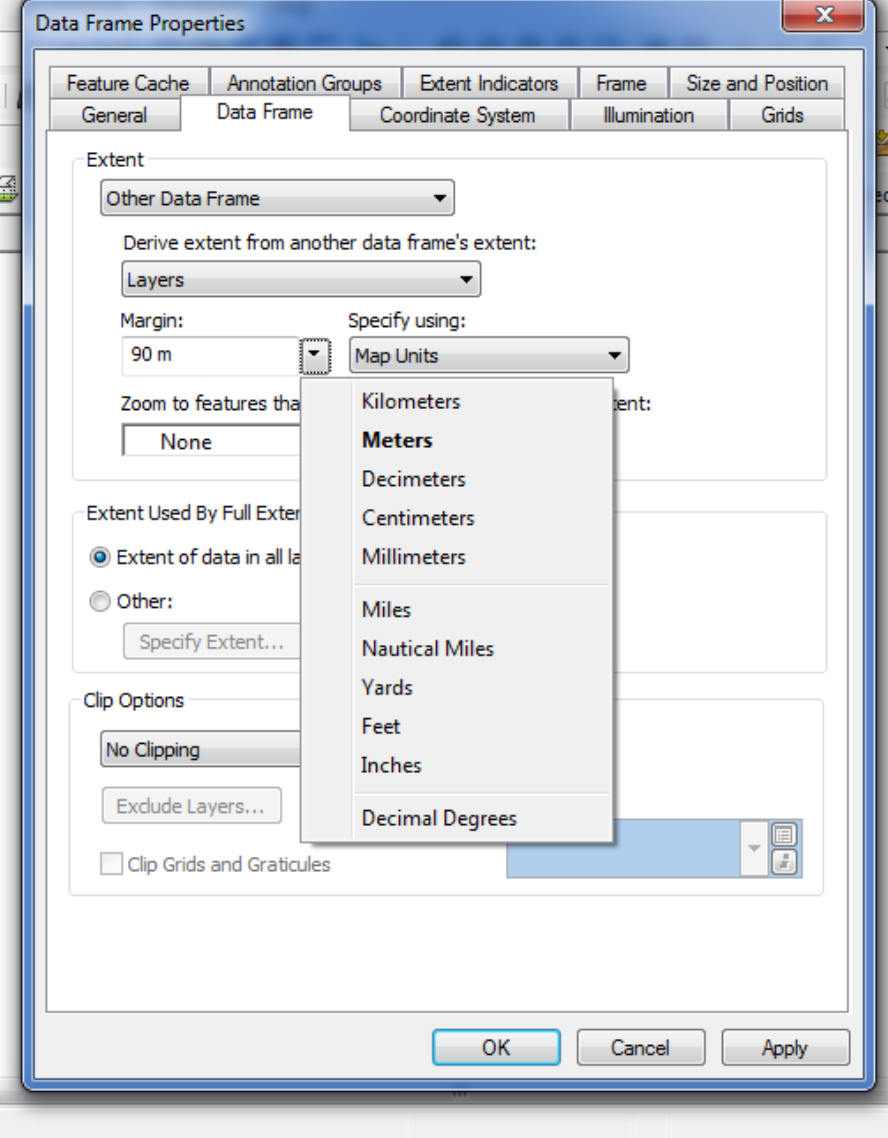 Not the answer you're looking for? Browse other questions tagged arcgis-desktop extents layouts land-cover or ask your own question.

3
Obtaining envelope of data frame in Layout using ArcObjects?
4
Is there a way to associate a scale bar with a new, different data frame than the one used to create it?
7
Adding Table to Layout View using ArcPy?
1
Data frames not showing up in Extent Indicator Property Box
1
Determining land cover change over time
1
ArcMap Maps Show in Layout View but Not Data View
0
Setting scale of Data Frame in layout using ArcObjects?