Most efficient way to split a polygon with lines, C++ API

I'm looking for the most efficient way to split a polygon (possibly with holes) with a set of lines (which can intersect) in C++ with GDAL/OGR or any other library which can prove useful.

As shown in the figure below, I would like to split the polygon with the red lines, which would result in multiple polygons (possibly with holes): 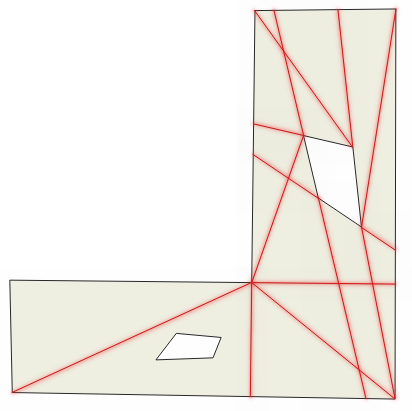 Performance is a big issue as I need to make such calculation thousands of times. For now, I'm doing the following:

Profiling shows that Difference() is a bottleneck.

Some solutions rely on PostGIS (e.g. ST_Split) or other command line/query language tools with no direct binding in the C++ API of GDAL/OGR.

In case it can help someone, I finally came up with this solution, using directly GEOS for better performance: 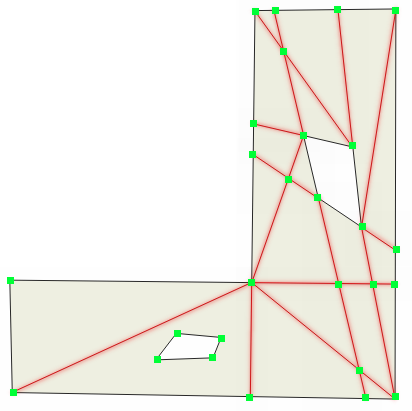 This solution is way faster and produces an exact decomposition (no buffer trick).

Not the answer you're looking for? Browse other questions tagged gdal ogr c++ or ask your own question.