I have a 1 m resolution DEM of the seafloor of a field of depressions. Hillshading the DEM makes the depressions look like mounds instead.

What I can do to fix this?

My raster is projected in UTM, horizontal datum is GCS 1984, my data frame is projected, and I'm using ArcGIS Desktop 10.5. 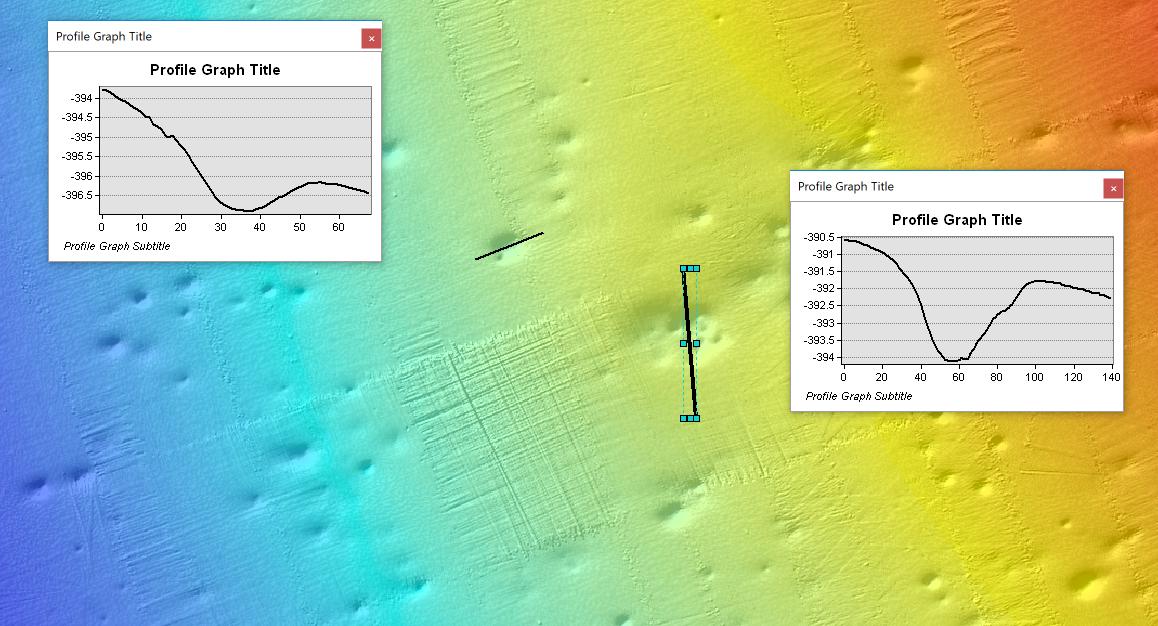 arcgis-desktop gis-principle hillshade
Share
Improve this question
edited May 21, 2018 at 20:33

It may surprise you to find that most people likely do perceive your hillshaded DEM as containing depressions, however, this is not an uncommon experience. Here is the reason why. Ever since the earliest days of shaded relief topographic mapping, cartographers have been aware that the perception of elevated land versus low-lying land depends on the direction of the source of illumination. The majority of people, will interpret hillshaded terrain correctly when illuminated from the northwest (i.e. azimuth of 315 degrees). For example, in the following hillshade image, illuminated from the northwest, there are a number of mountain canyons that empty into a series of low lying alluvial fans along the southern half. 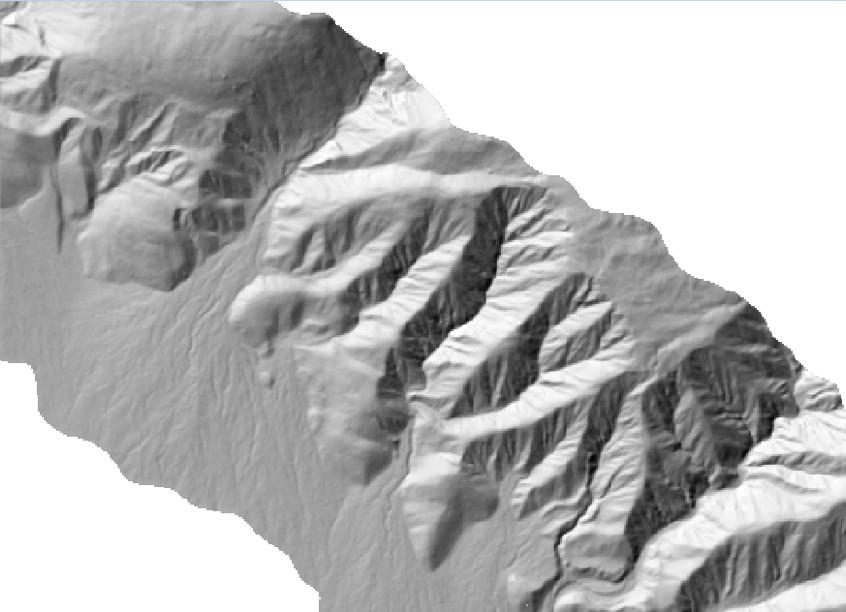 An unexpected thing happens when you create a second hillshade image from the source DEM, this time illuminated from the southeast (135 degrees): 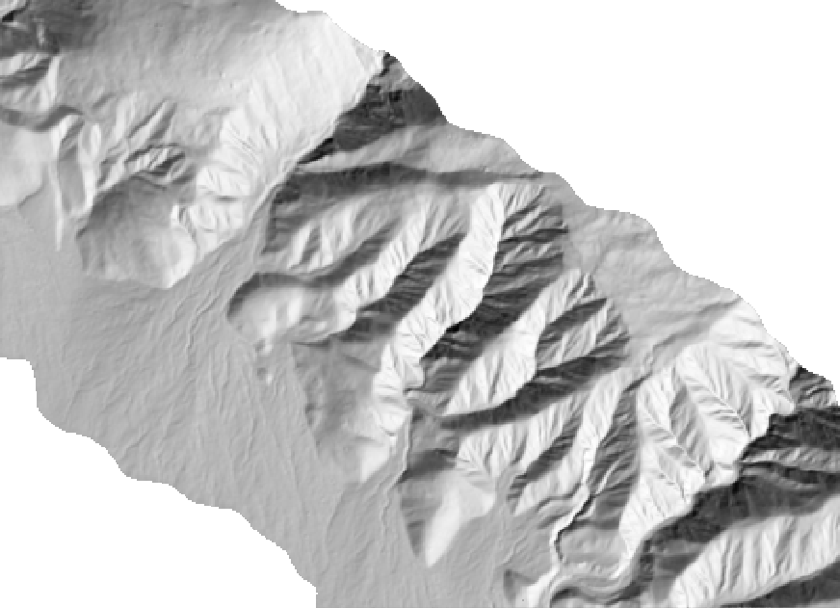 All of the mountain ridges have just become valley bottoms and all of the valley bottoms have become ridge lines. This is known as the pseudoscopic illusion, and cartographers have known that it impacts the interpretation of shaded relief maps for a very long time. Interestingly, if we re-orient the image that has been hillshaded at 135-degrees, things will fall back into their proper form (hilltops on top, valley bottoms on the bottom): 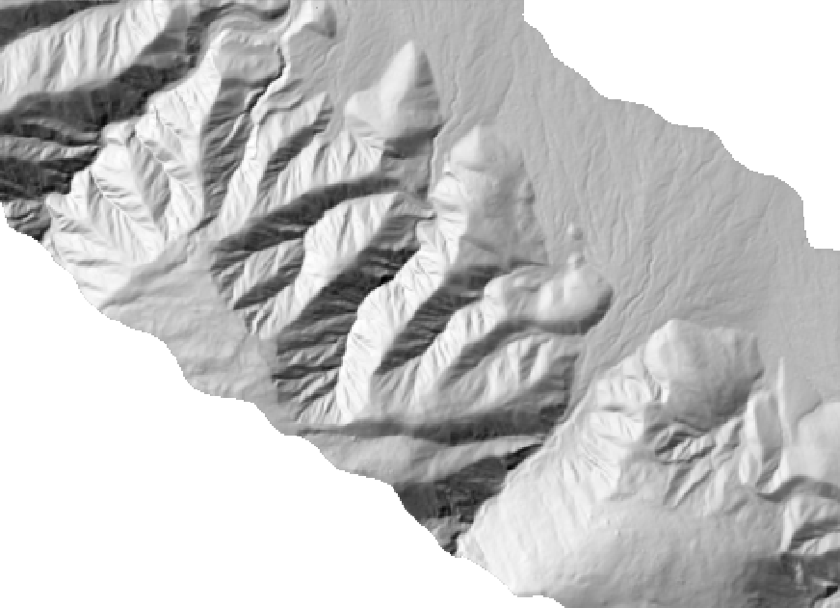 Here is the important part related to your question, while most people will interpret terrain correctly when shaded from a northwest illuminator, there is a smaller (but not insignificant) group of people that will actually perceive these maps in completely the opposite way. That is, for these people, the second image above looks correct while the first image does not. This is very much like colour blindness in that it is the result of a difference in how these people perceive visual information. The fact that the majority of people will correctly interpret terrain shaded with a northwest illuminator is the reason that the majority of hillshade tools in available GIS set the 'Azimuth' parameter to a default value of 315. However, for this subset of 'pseudoscopically differing' people, this default value is exactly 180 degrees off of what it should be. Fortunately, most hillshade tools will allow you to change this. However, you will need to be aware whenever you create a shaded relief map that you can interpret correctly, that most others will perceive it very differently.

I'm not sure that I've ever seen a satisfactory explanation for why the brain interprets terrain in this way. I've heard of a few explanations for the phenomena (e.g. we're used to seeing shadows cast towards us in rooms at night when lights are in the centre of the room) but frankly I don't put much credence in any. Nonetheless, it is a basic experience of the human visual system. It is also interesting to note that the particular landscape in the above images, which is in northern California, has never actually had the sun illuminate it from the northwest, since it is in the northern hemisphere! This common occurrence is the reason that people often need to flip aerial photos upside down to correctly interpret the terrain in these naturally illuminated images.

Not the answer you're looking for? Browse other questions tagged arcgis-desktop gis-principle hillshade or ask your own question.