I've digitized a curved line, and label "MONGOLIA" (SCREENSHOT 1)is on the line.

SO if I solve "Align justify" then I don't need to fix the distance for each letter manually(by giving parameter for them all one by one),

Is it actually do it in QGIS? (in maybe Layer properties> label ??) 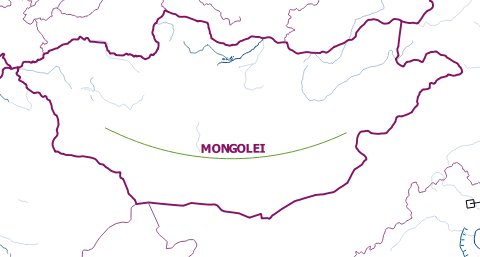 First create a new field called SPACING, then calculate the field using a formula, my formula below partially worked for me.

Then use that field for the character spacing. I also set the label height to map units. 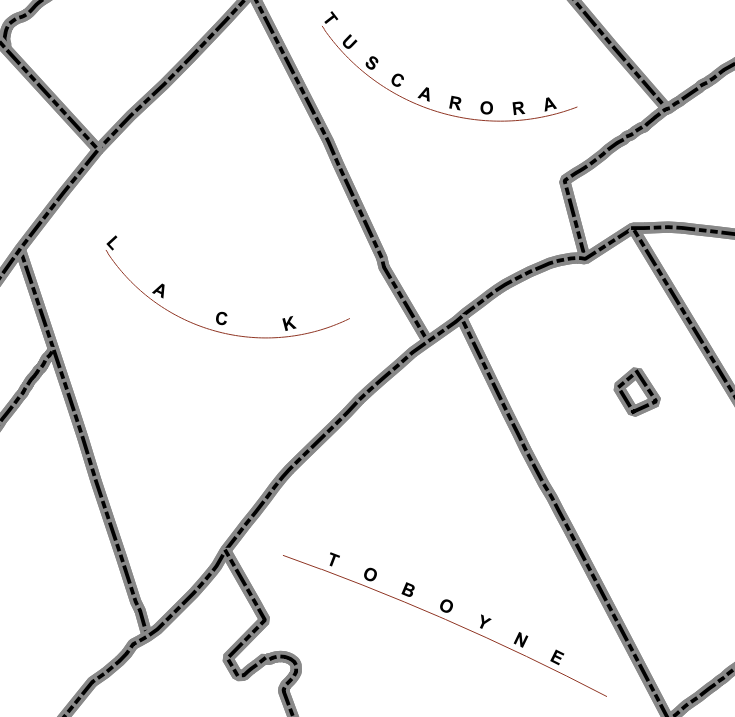 I have updated my answer with your sample data.

I first exported your original data to EPSG 3857 because I know that those units are in meters and not decimal degrees. First I calculated your length field as meters. I then created two label rules based on the lengths of the lines(greater than 500,000 and less than 500,000). I setup each label rule to use map units as text heights and added an expression for the character spacing. As you can see in the results it is not perfect but if you create a few more rules for labels you should be able to tweak your results. 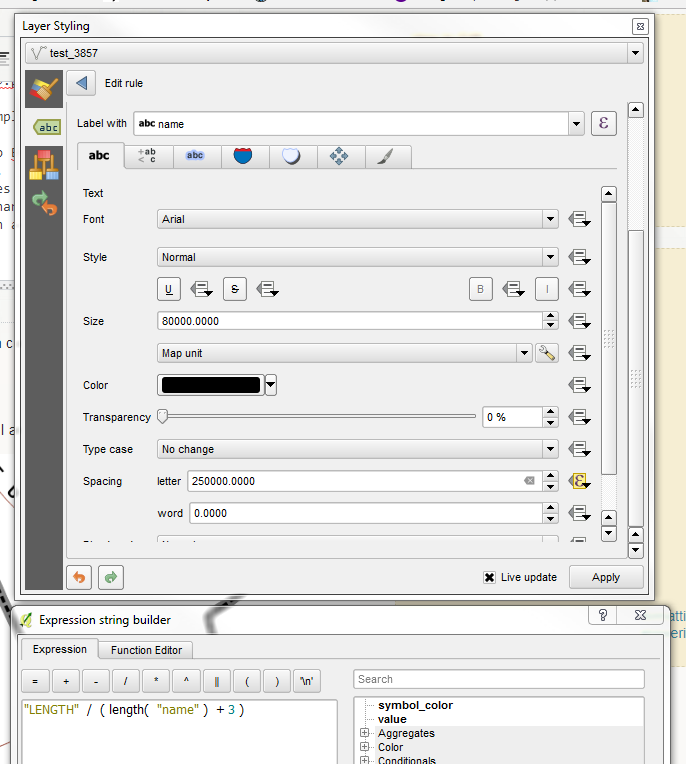 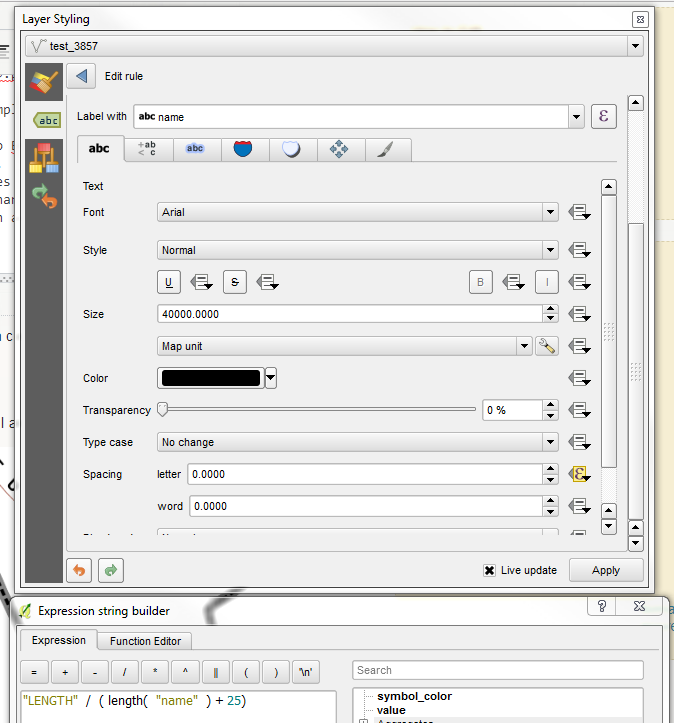 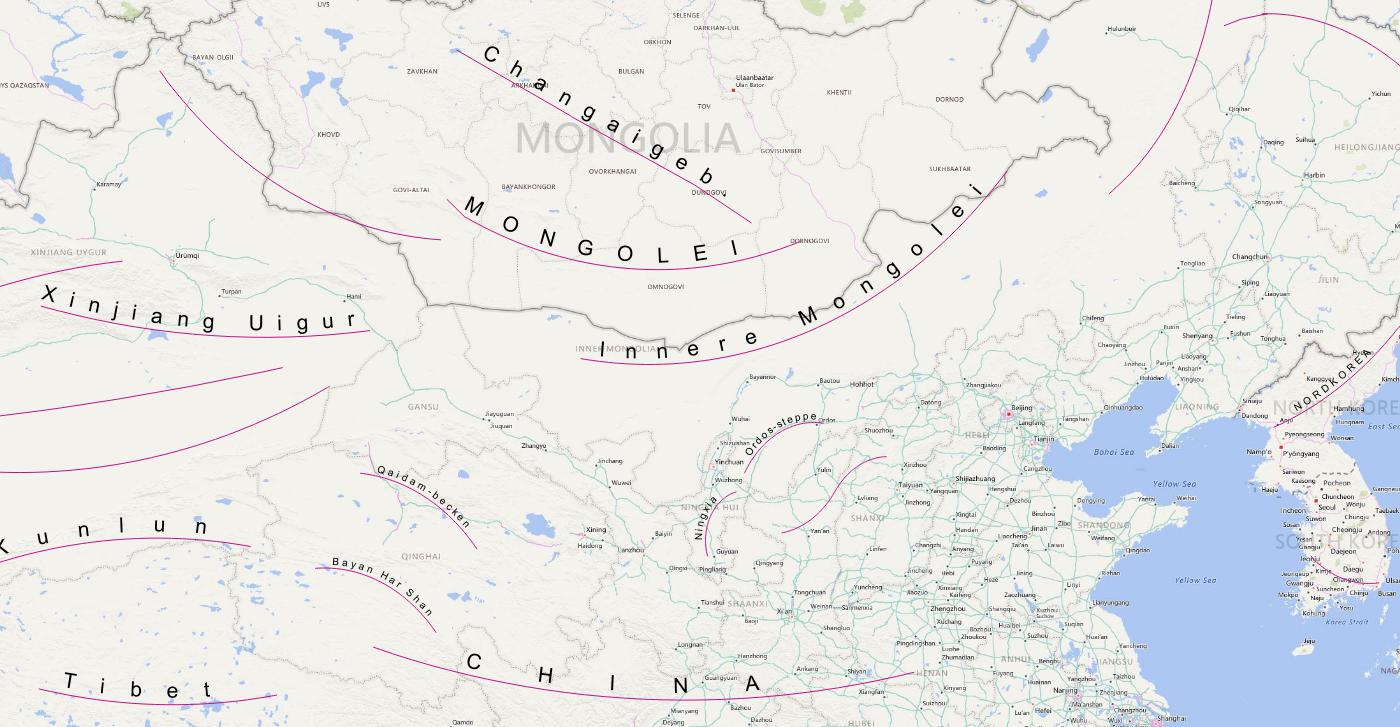 I tried messing around with the letter spacing parameter, trying to find a relationship between geometrical length of the line feature and the required spacing, but I was getting nowhere fast and it seemed like the results were finnicky at best, so I after some messing around I came up with this solution. It requires a plugin and several steps, so some parts of it may benefit from automation, but I think that the final result is exactly what you are looking for.

Starting with our sample lines: 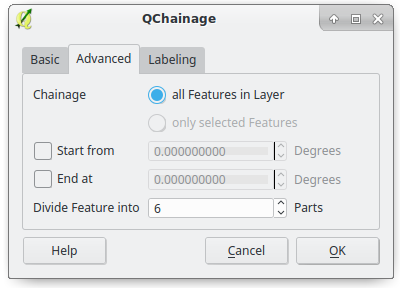 (The order of these line features should stay intact because the points used in the buffers used to clip them should have been generated in linear order by QChainage. If some of them are backwards, consider using Reverse Line Direction on the lines that were backwards) and re-doing the steps.

Works at all scales (provided the final lines are large enough to be labelled):

11
What's the convention for "upside down" labels?
3
MultiLine field-name label referencing in PyQGIS?
1
Using letter and word spacing unit in QGIS labeling?
3
QGIS label spacing
3
QGIS curved labels don't show up in print composer
3
Dynamic labels between points, along lines
2
Using marker symbol to point at the polygon instead of the leader line?
0
How to fix the label position after using automated placement in QGIS
2
Bundling Labels of Individual Features of same Shapefile