I have a regional shapefile of England and Wales but without containing Scotland and Northern Ireland. 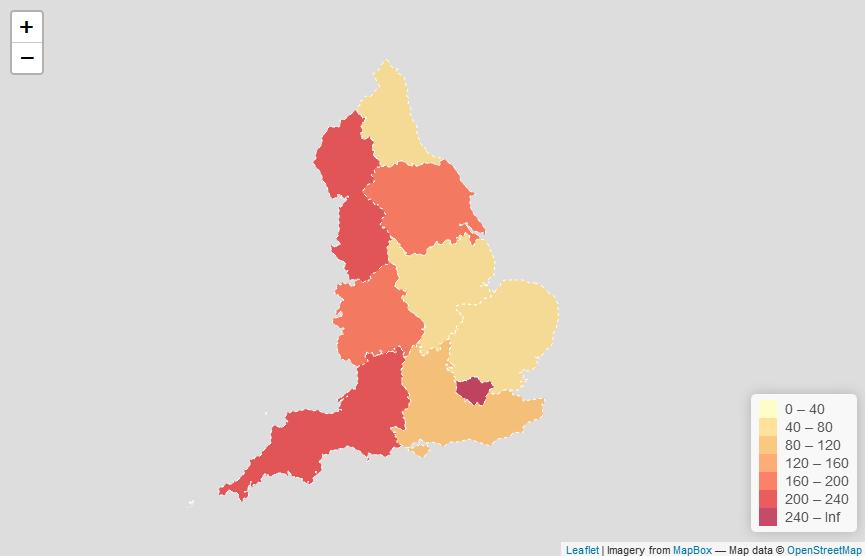 I want to add the outlines of Scotland and Northern Ireland in without regional divisions so the combined would consist of the following polygons:

I have a separate shapefile with just the country border of Scotland and Ireland - my question is it possible to add this to my regions map and if so how can I do so in R? 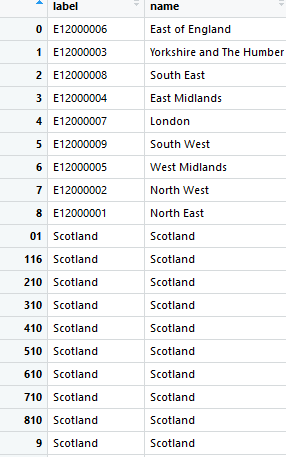 You can use rbind to combine spatial data objects:

Read in a couple of shapefiles:

This has failed because there's a different number of columns in each shapefile - you can't put data with four columns (fields) with data that has three columns:

Fix this some way. I'll remove the N column from la:

And now it works:

Giving me an object with the total features:

So you do need to make sure your objects have identically-named columns, which you'll have to do by removing, adding, or renaming columns. Then you can rbind them together.

Not the answer you're looking for? Browse other questions tagged shapefile r polygon merge or ask your own question.