Convert over 360 degree range of coordinates to +/-180 longitude range in R?

I'm working with data on sea surface currents from ftp://podaac-ftp.jpl.nasa.gov/allData/oscar/preview/L4/oscar_third_deg The data has the latitudes and longitudes saved in the following format:

How can I convert this into latitude-longitude units in R?

I have seen Convert North and East coordinates to longitude and latitude in R at Stack Overflow but I am unable to adapt it to my setting.

r coordinates coordinate-system
Share
Improve this question
edited May 27 '18 at 3:46

The data goes from 20 to 420, which is including some areas more than once because the metadata says:

define two extents to cut the raster with. The "Y" extent just has to be bigger than the raster so I go up to 90:

Load the raster - I'm loading just the "vm" layer, you'll have to repeat over the others:

Now split the bits that we want using the extents:

Next shift the bit on the right to fill the space from 0 to 20:

shows the original shifted overlapping map and the corrected -180 to +180 map: 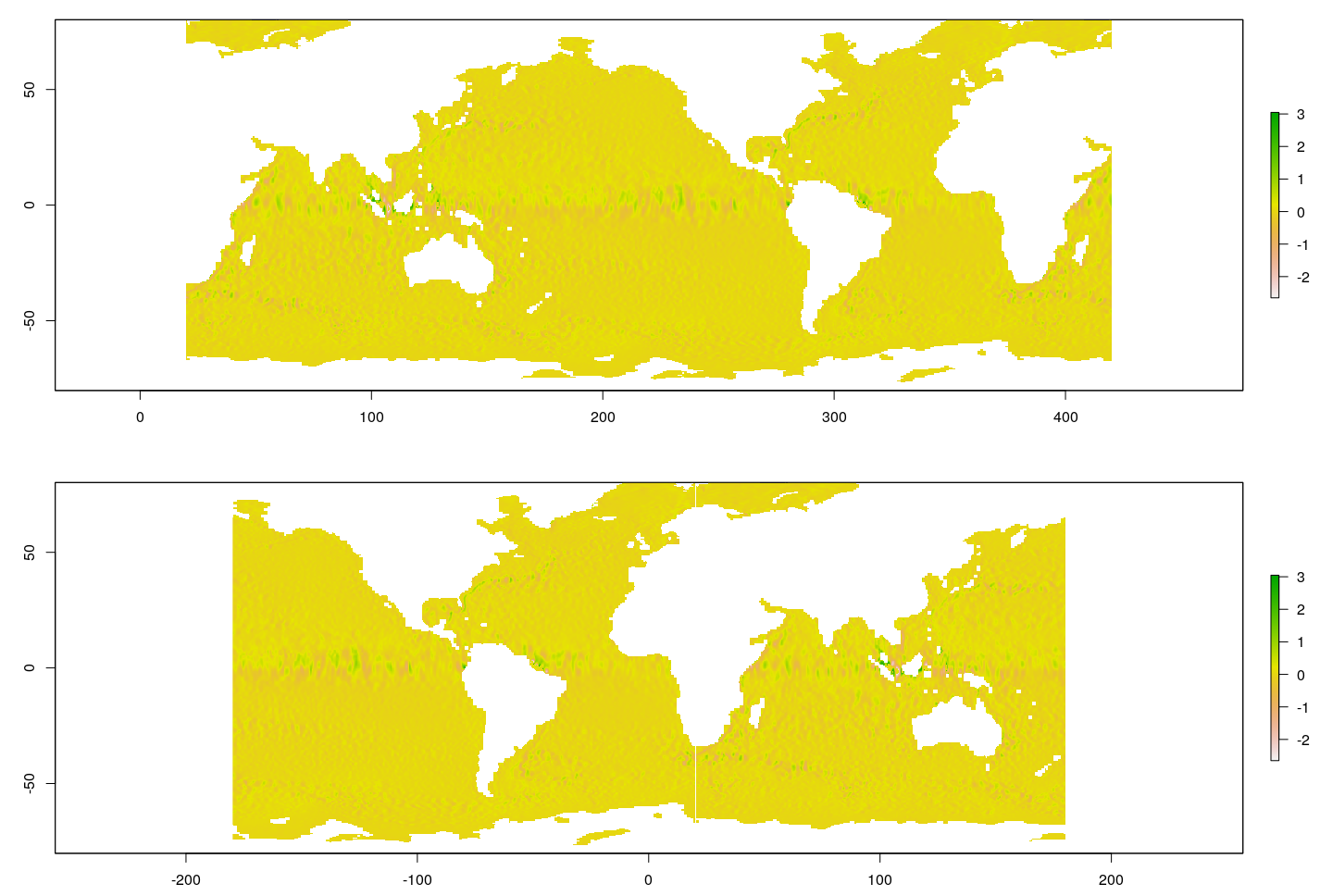 Not the answer you're looking for? Browse other questions tagged r coordinates coordinate-system or ask your own question.

26
Manually transforming rotated lat/lon to regular lat/lon?
4
Mapping x, y pixel coordinates to latitude and longitudes on the WGS84 datum
14
Given a set of coordinates, how can I calculate the minimum bounds?
10
How do I group near points with GPS positions?
2
GDAL/proj4 equirectangular projection coordinate system units assumed by OGRSpatialReference and GDALDataset::GetGeoTransform()?
3
Transform Lat/Lon to LCC and vice versa
9
Verifying formula that will convert longitude 0-360 to -180 to 180?
3
Longitude values in GeoJSON out of range -180 to 180