One to many intersection of polygons 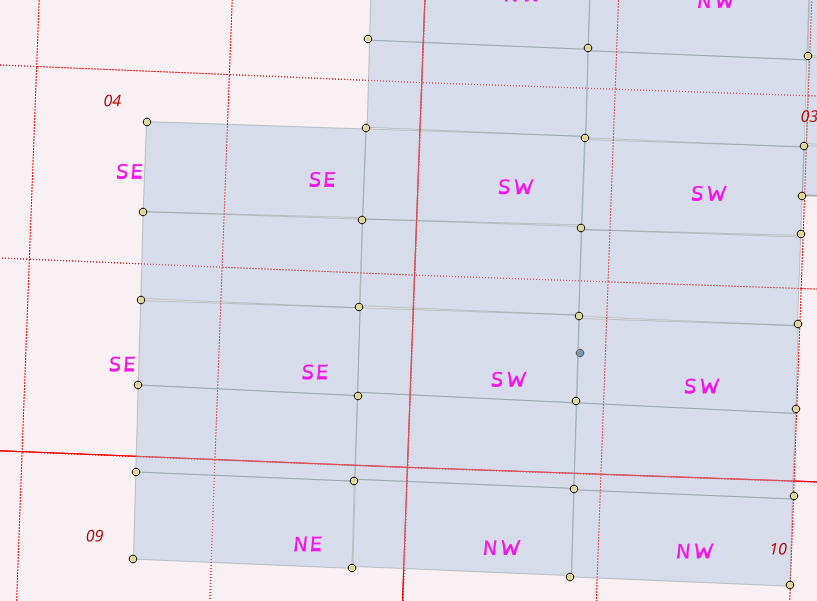 I found the following to work well on my small sample, though it involves repeated iteration through the layer1 features, so it might be slow on a large dataset. Also, I used QGIS 3.0.0. I am not sure how much it differs from 2.18.16. 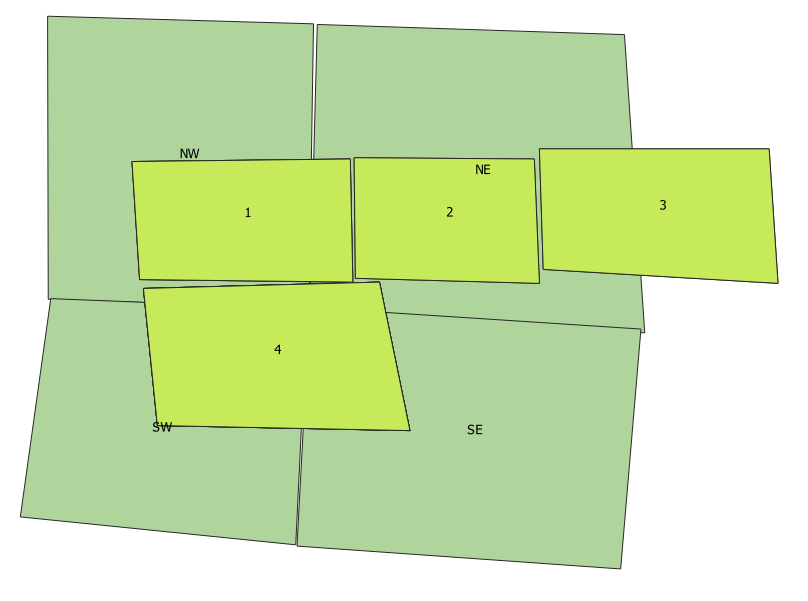 Second, use "Vector > Data Management Tools > Join Attributes By Location" to join the two layers. I selected "contains" in addition to "intersects" under geometric predicates to cover cases like polygon 2, where it doesn't cross the border of a quarter section. Use layer 1 (blue) as the input and the quarter sections as the join layer. Use the create separate feature for each located feature option under "join type". 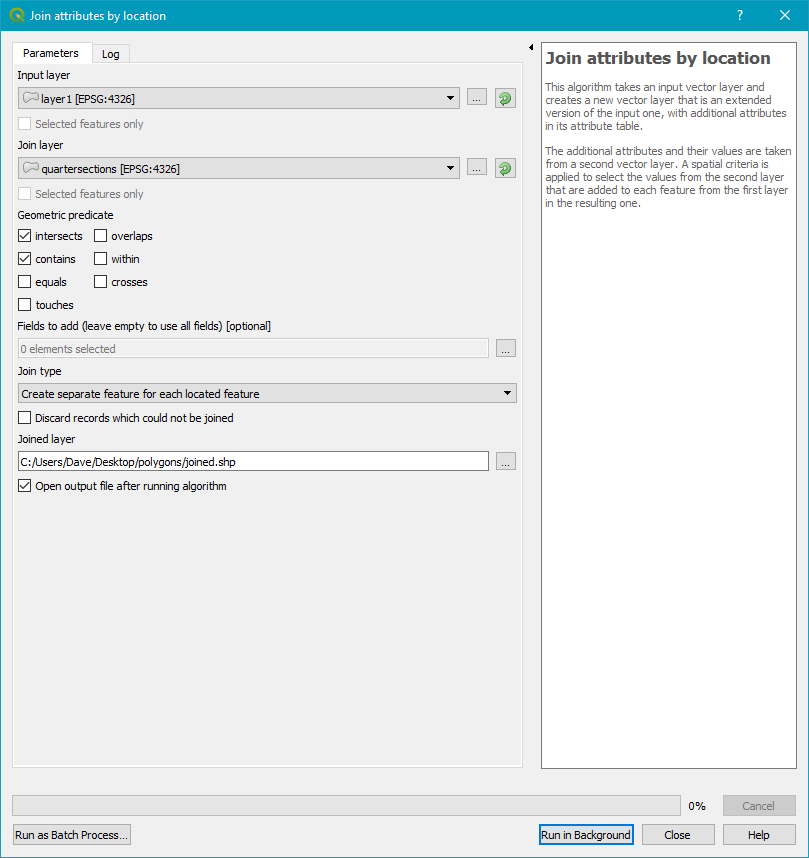 This will create duplicate polygons wherever a layer1 polygon intersects with more than quarter section. 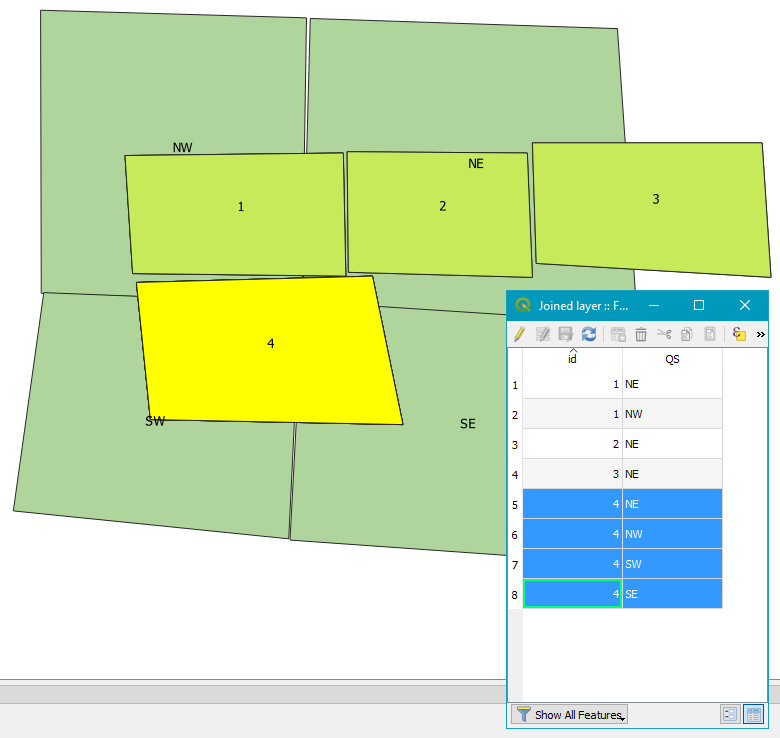 Lastly, we use the new joined layer to write the correct quarter section names into the original layer1 file with a bit of python. 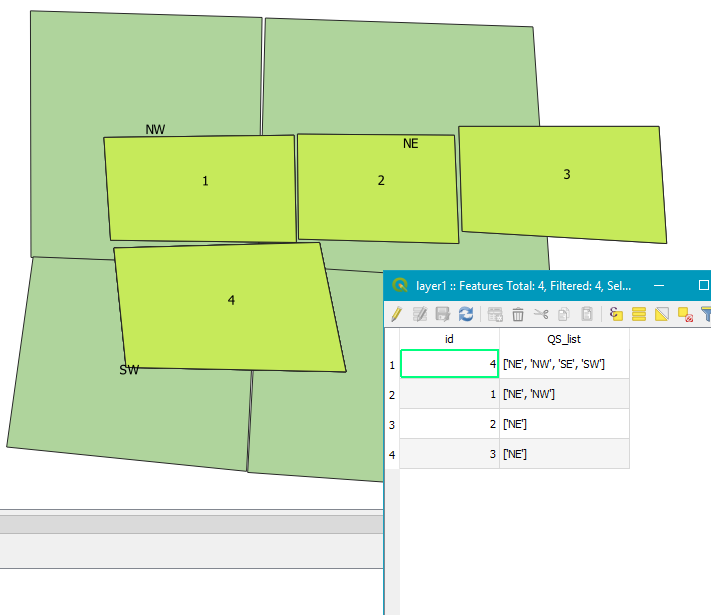 There appears to be a trick to doing this in ArcGIS also (and it looks way easier). Spatial Join’s hidden trick or how to transfer attribute values in a One to Many relationship

Here are the steps (the post on Esri Australia Technical Blog also has screen captures). I didn't test this.

In the Spatial Join tool’s dialog navigate to the Zoning field in the dataset that is being joined and Right-click on it. Choose Properties.

Length: set the value which will be capable of storing the appropriate number of characters

Set the cardinality in the Spatial Join tool to “One to One” Run the tool. The resulting dataset should display zones that each of the property boundary polygons intersect, stored as text values separated by the delimiter of your choice.

If you are not familiar with or just not willing to use SQL in any way, you can also simply use the Field Calculator (the summary aggregate functions should be available from QGIS 2.16.x on):

The more versatile way would be to use the DB Manager (as @DPSSpatial also mentioned in his comment I only just read...); this is a full scale DB client, capable of also runnning queries against the project layers (you'll find all currently loaded layers under Virtual Layers | QGIS Layers on the left) using the SQLite/SpatiaLite SQL dialect;

Not the answer you're looking for? Browse other questions tagged qgis polygon intersection or ask your own question.