Native JAI is false in geoserver 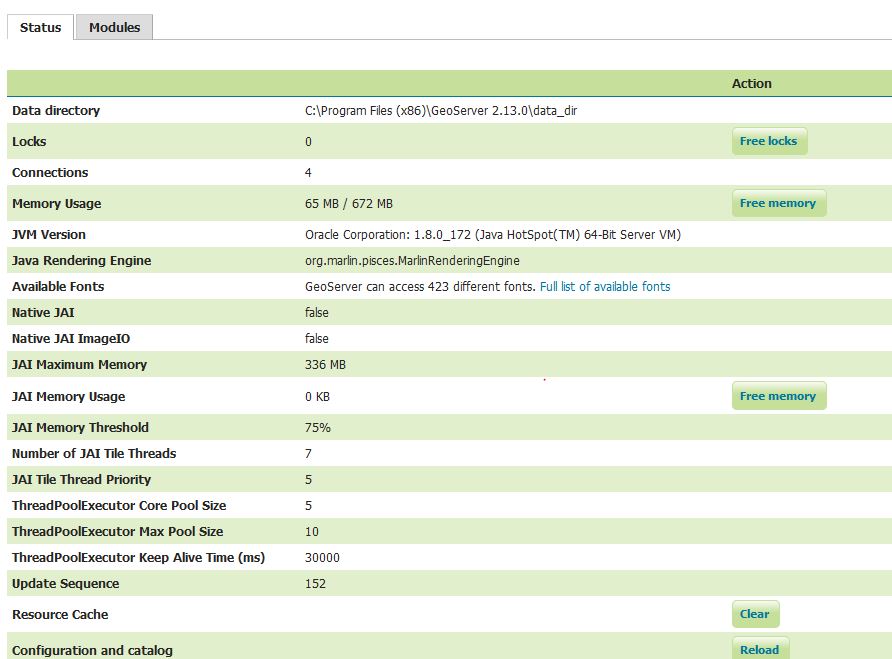 I am displaying WMS layer using leaflet to draw tiles on map.Database is SQL SERVER 2016. The problem is that mostly rendering of tiles is slow on map. When I investigated further, I found that Native JAI and Native JAI ImageIO is false and this was required for good performance : Geoserver Running in production environment

The docs are old and native JAI is on the "way of the dodo", I believe in most of our installations we are not adding it anymore (mostly because it does not have some basic fixes present in jai-ext and won't handle NODATA).

It will help you on Windows under the following conditions:

If instead you're mostly rendering vector data and the slowness is visible to the naked eye on light load, it's most likely a database query issue (maybe it's not using indexes, maybe you're just trying to render too much data, you did not provide enough context to tell). Suggestion, switch the logging level to GEOTOOLS_DEVELOPER_LOGGING and check what the queries are doing.

Not the answer you're looking for? Browse other questions tagged geoserver sql-server or ask your own question.