I've been working in the Argentine CRS of POSGAR (Specifically POSGAR 94/Argentina 2 EPSG:22182) frequently and have noticed on a number of occasions that coordinates are provided to me with the X coordinate being the north-south direction and the Y coordinate being the east-west direction. I was told this was due to the specification of POSGAR being with X-Y defined this way, but using ArcMap, QGIS, etc. all of the standard software seem to interpret X as East-West and Y as North-South.

Obviously, I can just reverse the coordinates and it's not a big deal, but I was curious about the heritage of this system. I was wondering if anyone could point me to any references or knew if POSGAR was originally defined with the X and Y reversed?

So to check a definitive source goto the EPSG themselves and it says NE. 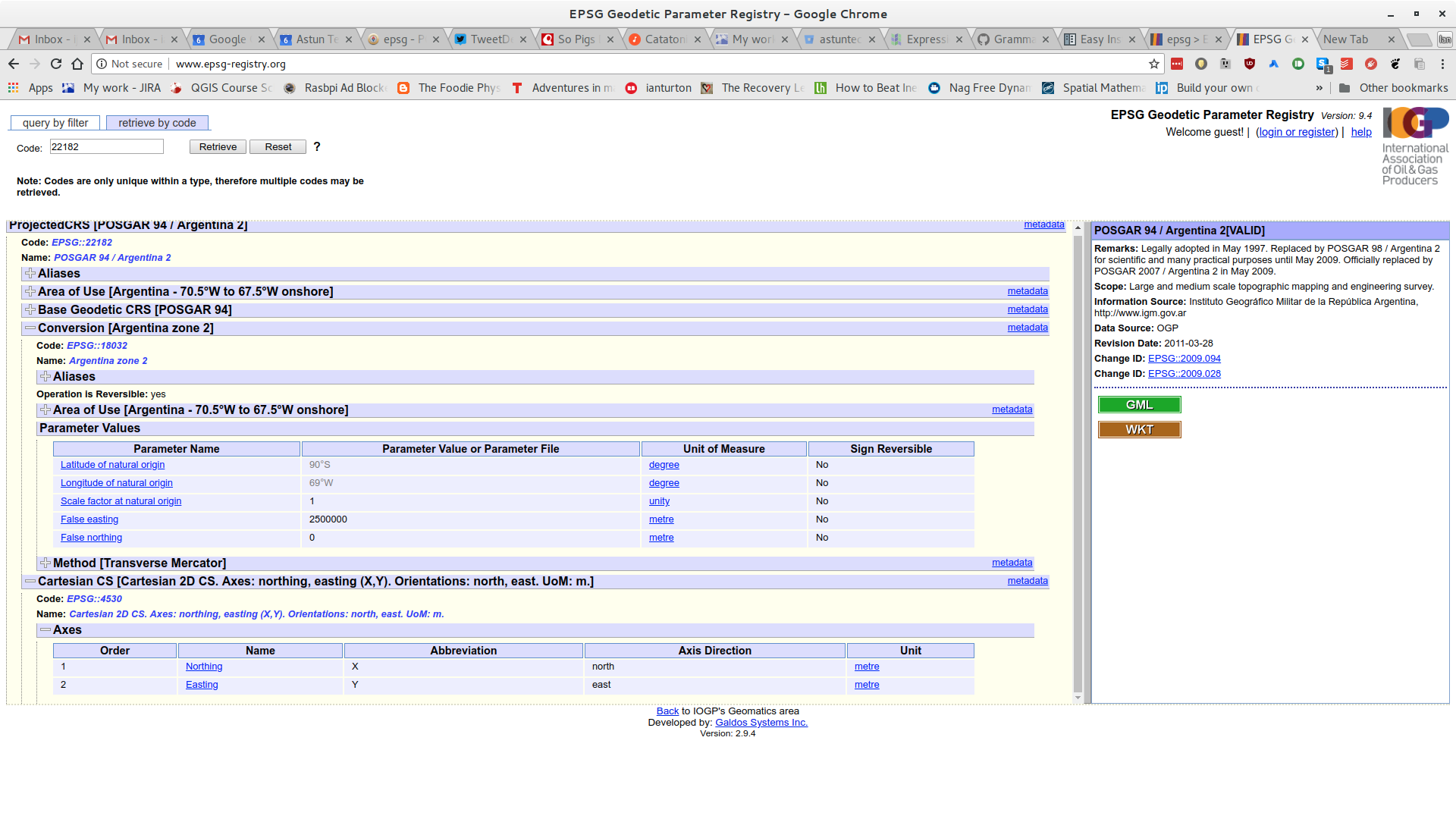 Not the answer you're looking for? Browse other questions tagged coordinate-system epsg or ask your own question.

6
What is the definition for a geographic coordinate system with east/west bounds of 0 to 360
3
Does anyone know how to make new CRS to reproject some old plans?
5
Reprojecting WGS84 to metric coordinate system with reference point in QGIS?
1
Determining unknown Coordinate System using QGIS?
2
Finding adjacent grid squares in MGRS/USNG
3
Why did my data points shift position?
3
Is it possible to define a custom CRS for a shapefile in QGIS that uses hundredths of a US foot?
0
Correct Format for UTM coordinates fed to ArcMap “Convert Coordinate Notation” Tool?
2
Discrepancy in conversion from NAD27 to NAD83