Filtering out clusters of features based on collective area threshold using QGIS/python?

I have a map I generated that roughly estimates timber industry land ownership (designated by the green on the map) in the counties surrounding the Salish Sea in the US state of Washington: 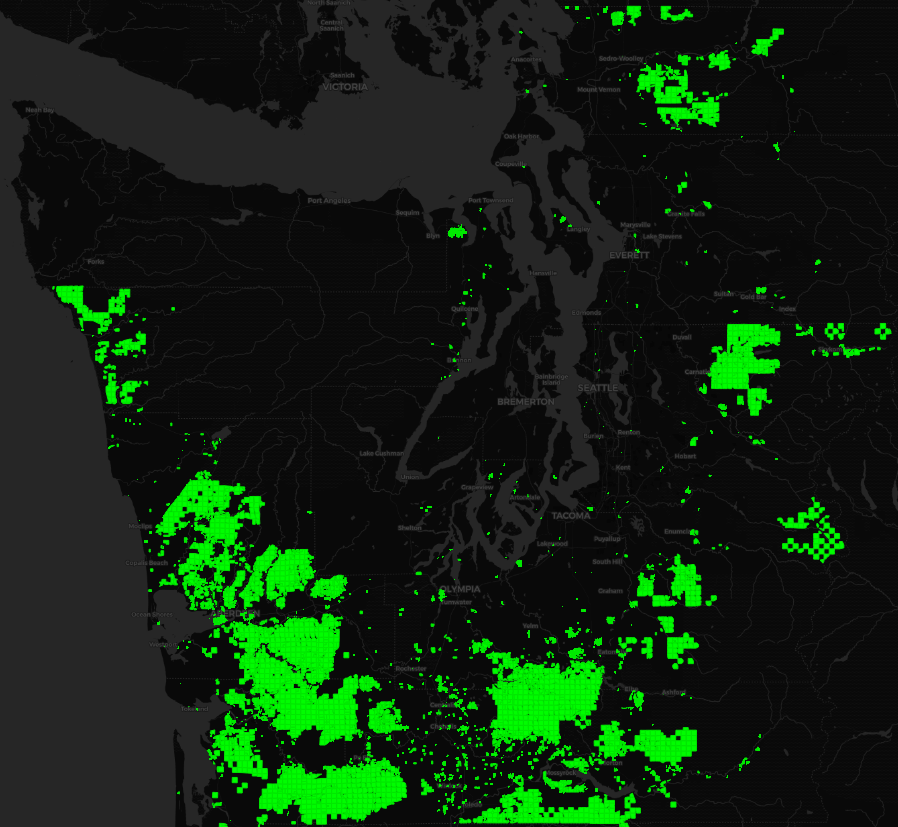 I want to remove parcels below a certain area threshold (e.g "only show parcels larger than 20 acres"). But the problem with this is that many of the larger timber tracts are broken up into a bunch of smaller adjacent real property parcels. Thus, a timber company might have a contiguous 20 acre parcel that is broken up into four 5-acre parcels, and a simple "features where area > 20 acres" search would miss this parcel.

For example, zooming in on part of the above map: 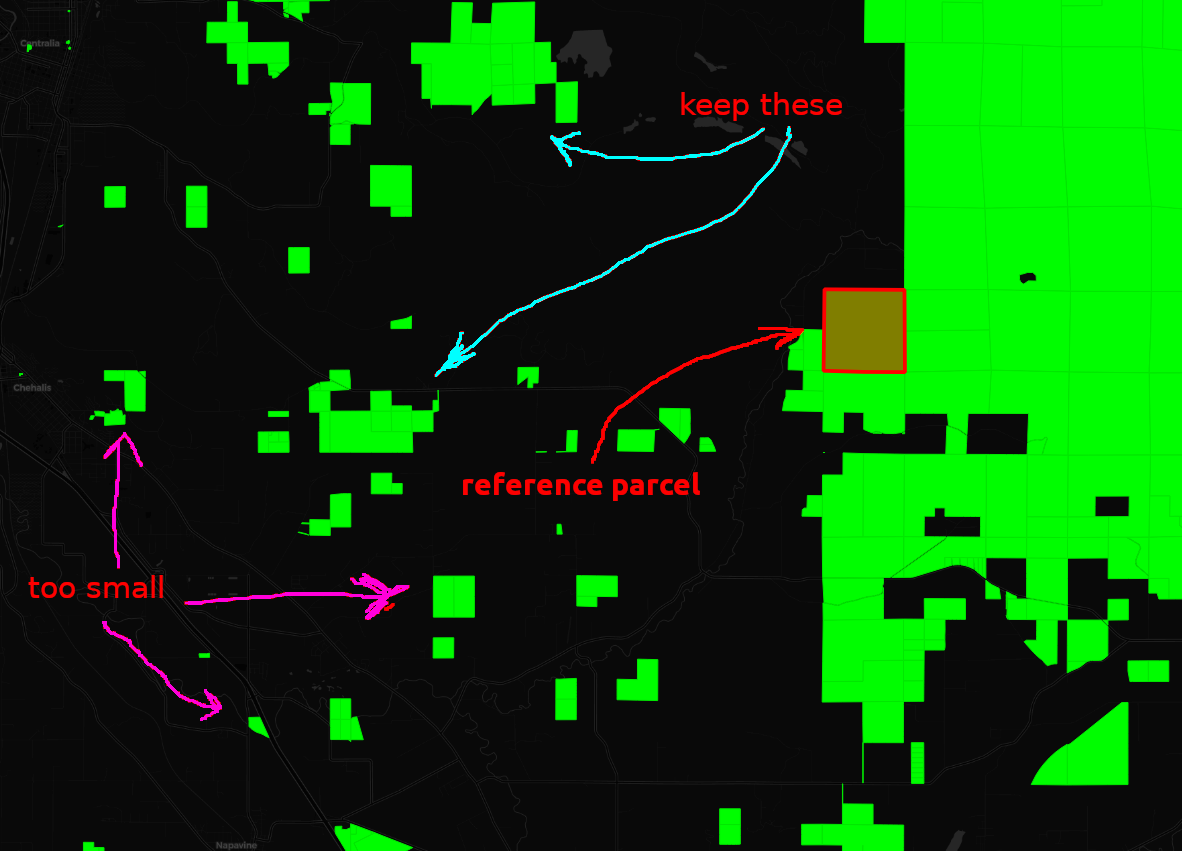 I want to filter out any parcels that are smaller than the reference parcel, unless they are part of a larger cluster of adjacent/connected parcels (such as the one I labeled with the blue arrows in the image), and generate a new layer with these smaller, disconnected parcels removed.

Is there an easy way to do this through QGIS?

If not, does anyone have any ideas for Python libraries or command-line utilities I could use to achieve this?

You could use GRASS' v.dissolve on a common field value, filter out the smaller areas, and then use select by location from the vector menu to find which of your original parcels overlap the filtered areas.

Not the answer you're looking for? Browse other questions tagged qgis area grouping connectivity-analysis or ask your own question.

0
How to define the symbology used in QGIS print composer without using separate styles for screen and print
2
Getting polygons out of multi-polygon GeoJSON files?
5
Displaying multiple similar overlapping polygons in QGIS?
2
Raster calculator and styling with QGIS Analytics?
1
Negative values in area calculation as Geopackage
0
Over calculation of area- How do I calculate correct acreage when there are stacked parcels?