Georeference option not visible in QGIS 3.0 for French version

I am using QGIS 3.0 Girona Early Adopter Release. I used to use Raster-->Georeference--> ... to georeference images in QGIS 2.18 but now I can only see the interactive georeferencing option in my version. Where did it go?

Could it be because my version is the French release? 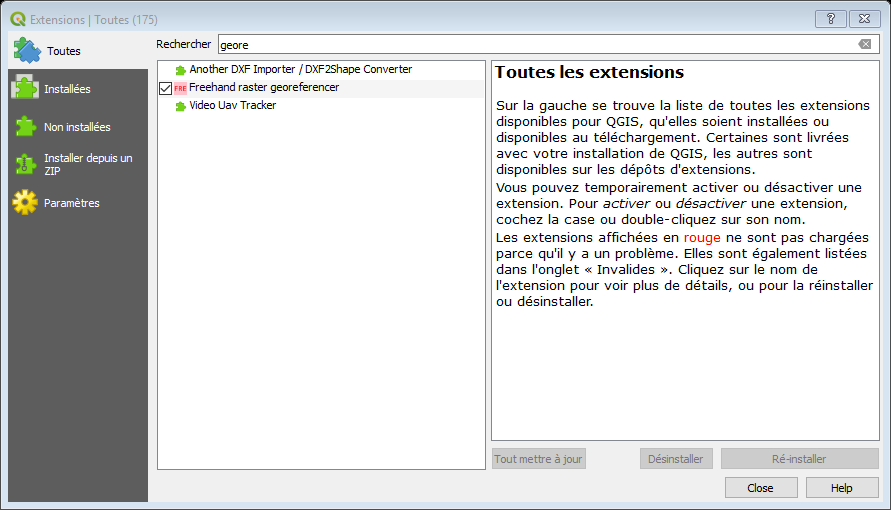 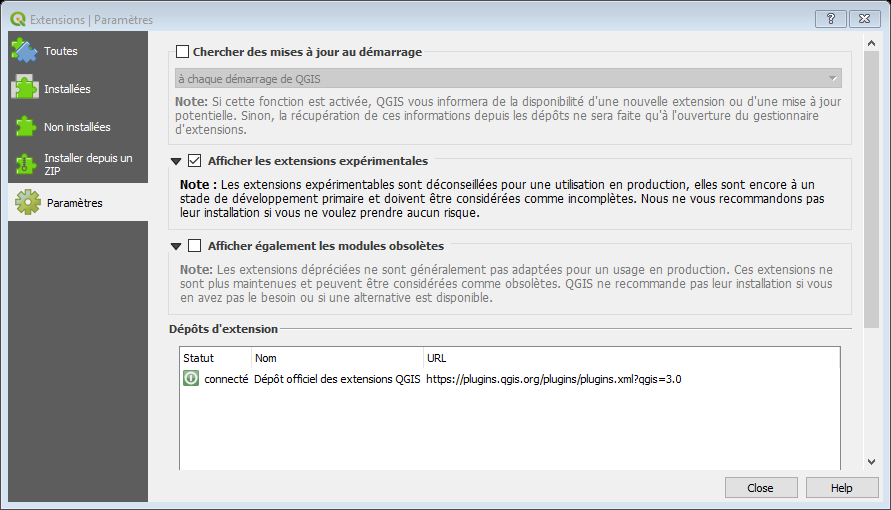 As with the English version of QGIS, the plugin georeferencer GDAL must be activated by checking the box next to its name in the list of extensions. The difference in the French version is that the plugin is called Géoréférenceur GDAL.

The issue lay in the fact that the plugin has been translated into French (Géoréférenceur GDAL) and the way the search tool works in QGIS it was not found with my simple search for georef. Letters with accents (é, è, à, etc) are treated differently than letters without accents (e, a, etc) in the search. I had the idea that the plugin might have a different name in the French version by reading this post where it has a different name in what appears to be in German.

My search for georef turned up empty, but when I searched for GDAL or géoréf it showed up.

Not the answer you're looking for? Browse other questions tagged qgis georeferencing qgis-3 or ask your own question.