I have a detailed polygon shapefile with streets, structures/houses, and open areas as land cover data in the attributes table, and each land cover type has a corresponding manning 'n' value associated with it in another column in the table. The manning 'n' value is in decimal format.

I also have a 20'x20' grid shapefile from another program (FLO-2D) with specific grid numbers in the attribute table. I would like to overlay the grid on the land cover file to obtain a weighted manning 'n' value for each 20'x20' grid based on the percentage of land cover type that lies within each 20'x20' grid. There are approximately 400,000 grid cells in the shapefile. Both shapefiles have the same projection.

I'm using ArcMap 10.4 desktop, but do have the spatial analyst extension. The final product I need is the 20'x20' grid shapefile with a weighted average value of manning 'n' for each grid number in the attribute table.

You now have a Area-Manning-Weighted mean column. 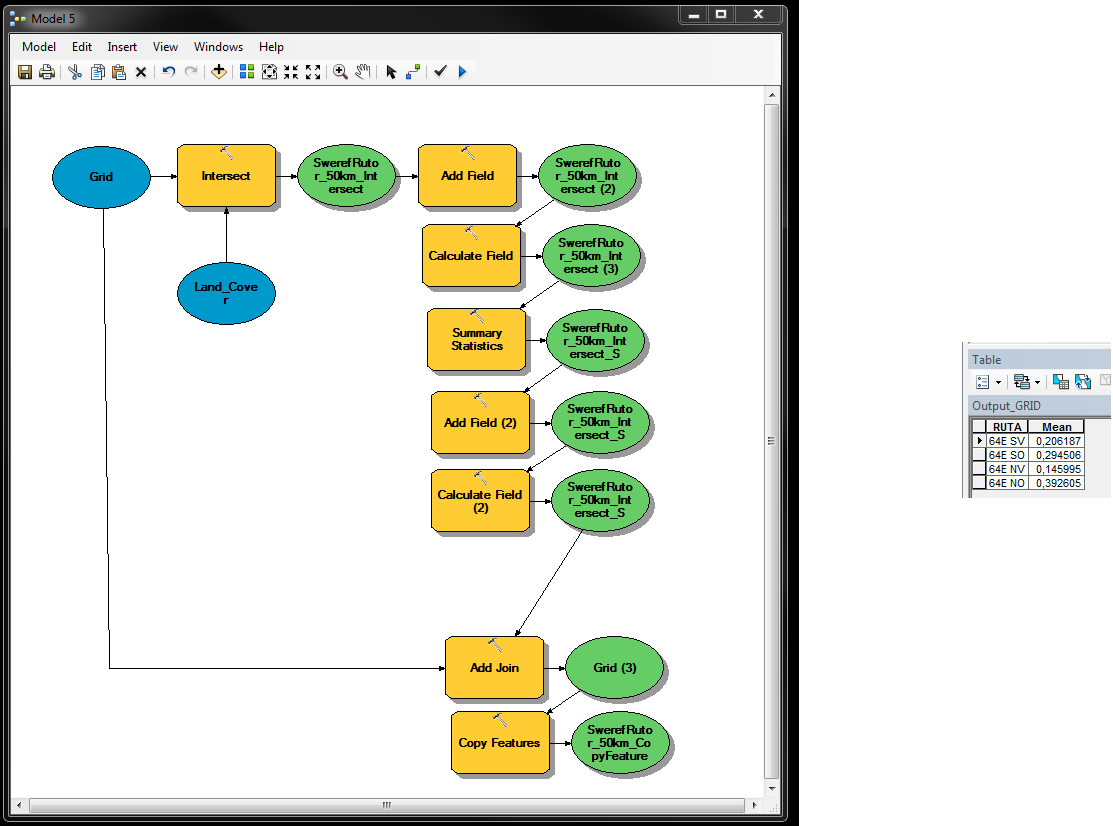