I'm having some trouble with the dissolve tool in arcgis. I have a stream network that has some streams made up of a number of little segment that I would like to transform so that all the stream portions that are connected to each other appear as one entity, a longer stream. 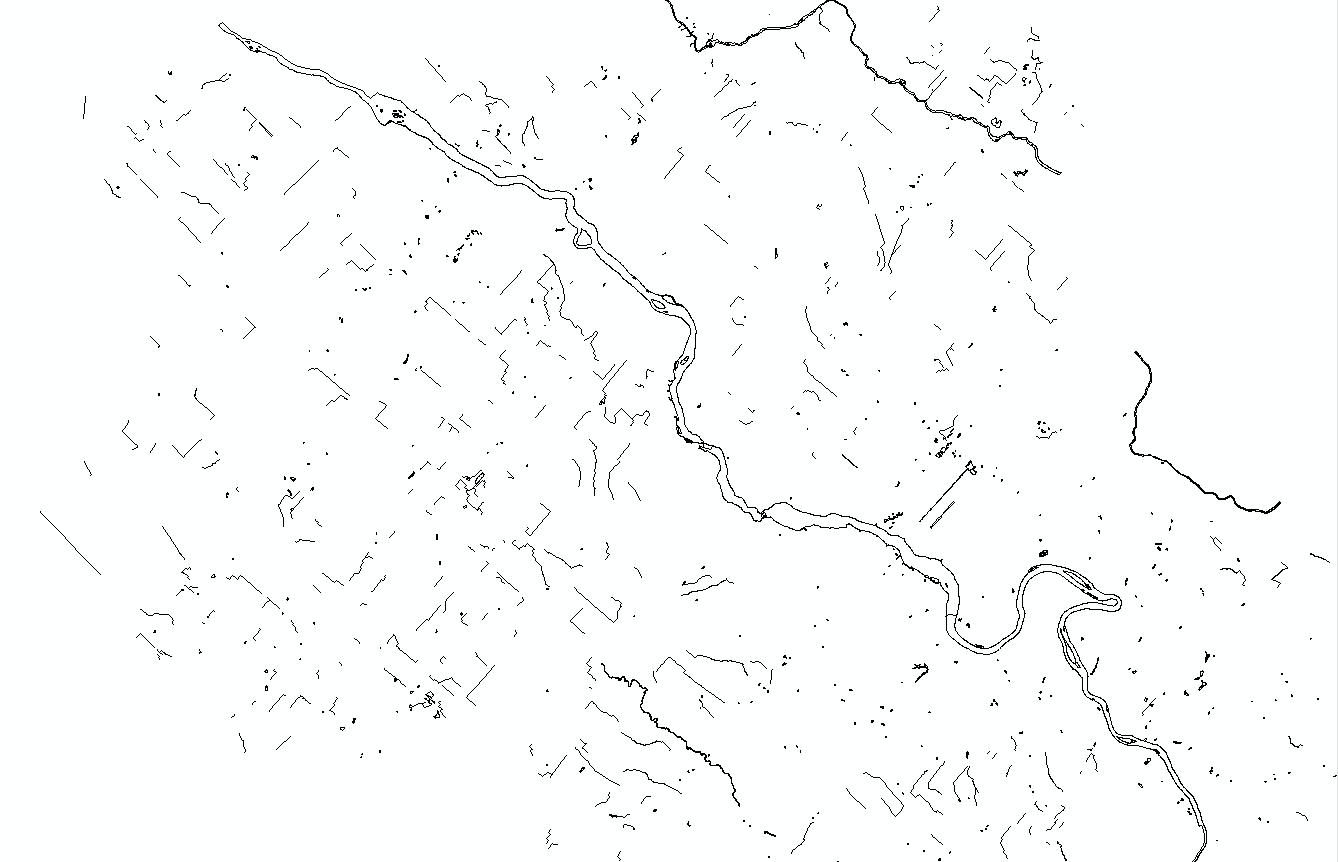 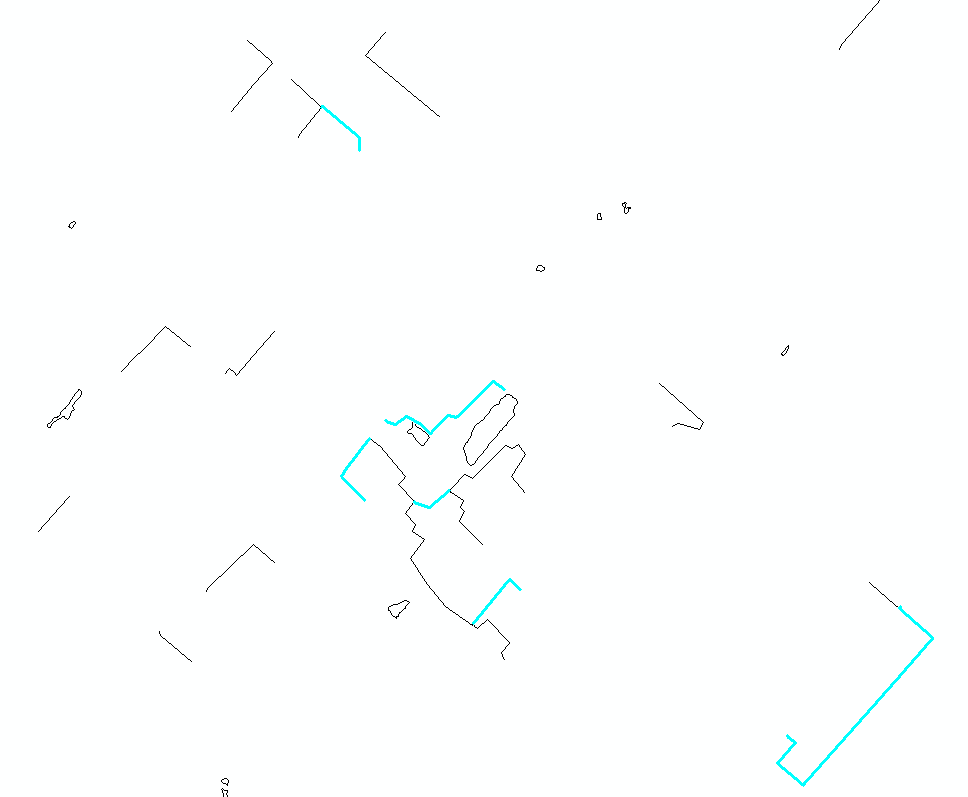 I'd like to have all these portions of the stream (blue and black) as one entity but I also need to keep the informations such as length (long_m) for the whole stream once they are merged together. I assume that the statistics field with the statistic type SUM can make this work.

As I said I have tried the dissolve tool but haven't been able to find a way to get the streams like I wanted. Ideally each small part composing the stream would be added to each other considered as one entity and the length of each portions would be added to form one stream with one longer length.

here is how I set up my dissolve, I've also tried other to check unsplit lines but it didn't work. 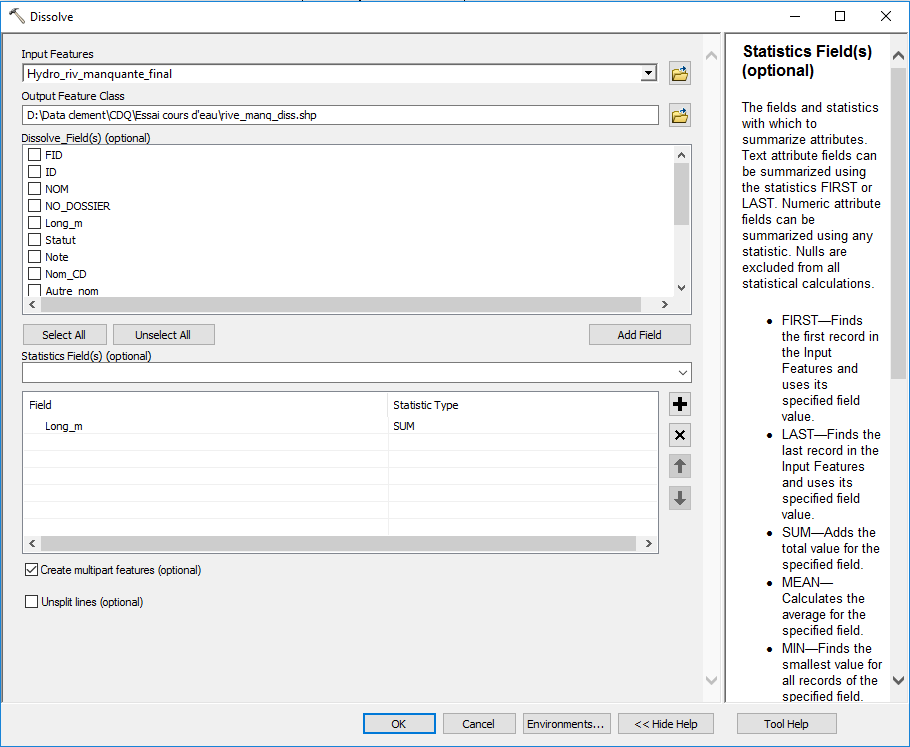 Browse other questions tagged arcgis-desktop arcgis-10.5 dissolve or ask your own question.