I'm running the latest version of QGIS 3 from here and installed via DMG. However when I attempt to import a FileGDB, I'm not seeing the previous ESRI FileGDB option and the Open FileGDB driver doesn't seem to recognize it either. 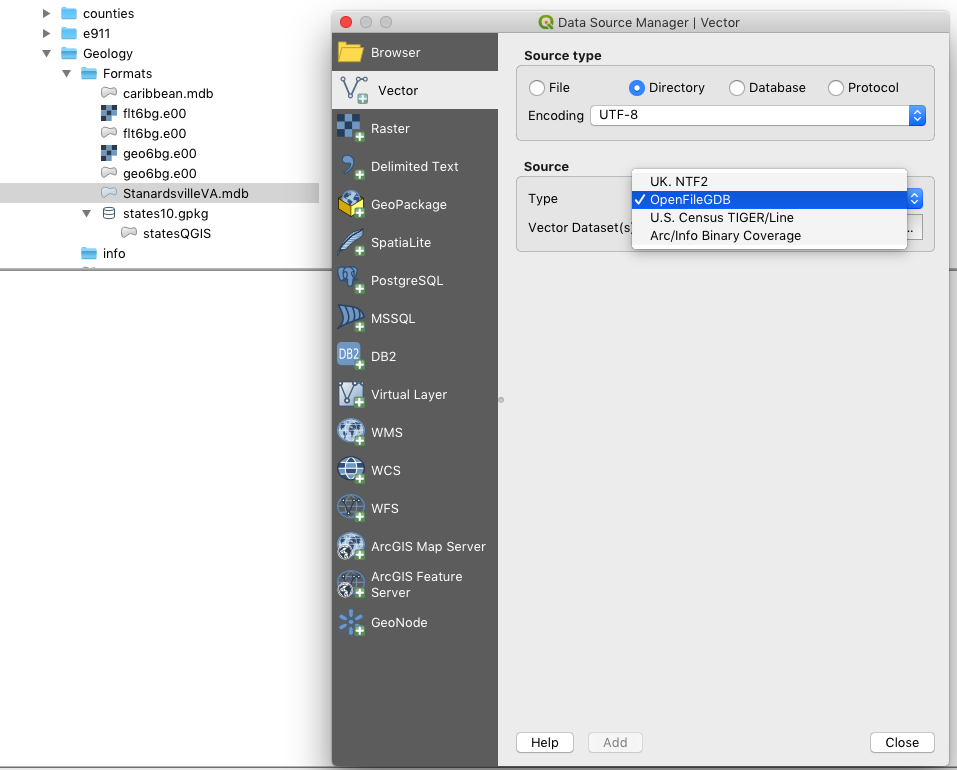 When I attempt to drag it into the layers dialog box I get the following error message:

Layer is not valid: The layer /Volumes/Macintosh HD/MSES6050/Geology/Formats/StanardsvilleVA.mdb is not a valid layer and can not be added to the map. Reason:

Without any further explanation of the reason. I've opened GDB files in previous version so I'm wondering if this is because of the way the DMG is compiled? Or can somehow add in this support after the fact?

I solved this by installing the ODBC Manger from Actual Technologies available here. Importing MDB files is similar to the process described by Randal Hale here. The primary difference is that tutorial is based on a Windows installation. On OSX you will need to buy the software to access more than three rows of data inside the database. I did purchase and can confirm this works.

Not the answer you're looking for? Browse other questions tagged qgis qgis-3 osx file-geodatabase or ask your own question.