I have a raster file and I want to perform the method "polygonize". Then the problem occurs, that is shown on the screenshot. It doesn t have anything to do with the rasterfile format, I veryfied. Other functions in the same menue(Raster->Conversion do not work either, because of the same problem). I m using the newest version of Qgis (1.8). Older threads here couldn t (as far as I saw) help either. So: I want to ask if anybody has an idea how to solve this problem? Thanks. 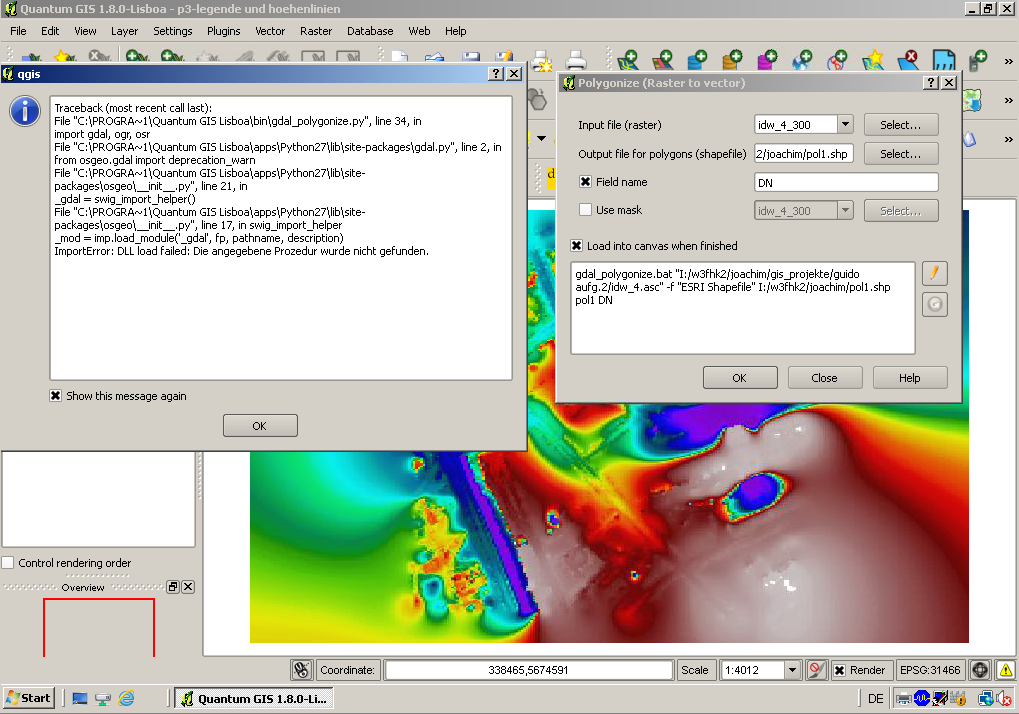 I'm not an expert in the compilation of QGIS (so will bow to greater knowledge and please treat this answer as a suggestion and not gospel), but I can think of two possible reasons for this error:

Given that you can get even as far as you have without getting a Python version error (I get the Python error on start-up), I think the second option is more likely.

PS: BTW the latest version of QGIS is now 1.9 according to the last update I got from OSGEO4W... though the icon still says QGIS 1.8 confusingly enough.

Not the answer you're looking for? Browse other questions tagged qgis error polygonize or ask your own question.

5
How to perform volume calculation in QGIS
25
Rasterfile clipping error: Cannot compute bounding box of cutline
4
Polygonize, Polylines to Polygons, and Dangling Ends
2
How to avoid self-intersections in geometry created by GDAL Polygonize in Python
3
All nodes are duplicate in polygonize result