Attribute table of shapefile completely blank and empty after a join - ArcMap - how to recover it? 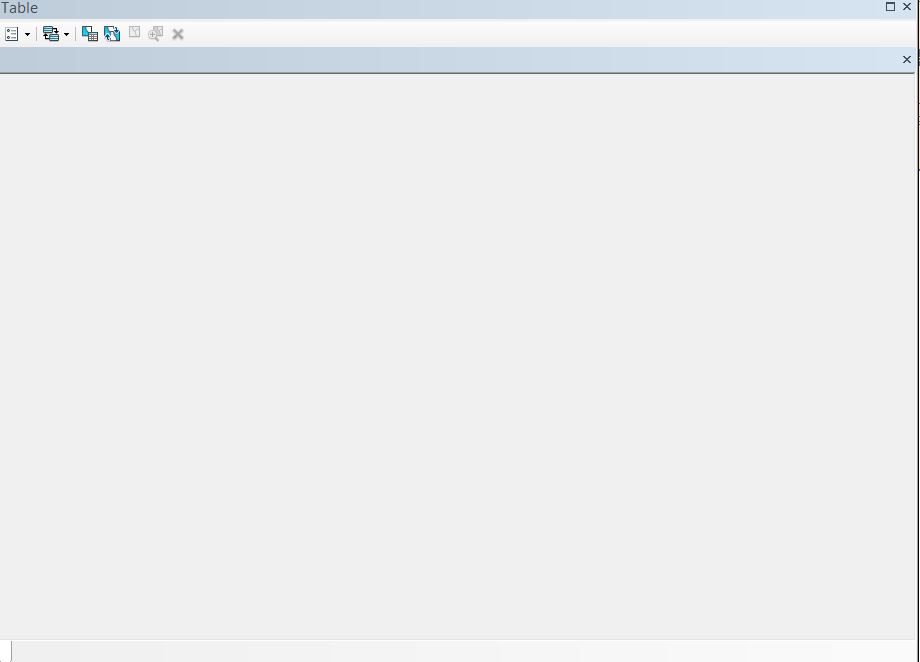 I tried exporting the data after the join, as another shapefile - to see if the attribute table would be visible there - but the export progress remains at 0% after several minutes...so I think that's not going to work.

How can I make the attribute table visible again after I do the join?

After loading the CSV file into ArcMap, export it to a stand-alone table within the geodatabase. Then set up the join using the table (instead of the CSV file).

Not the answer you're looking for? Browse other questions tagged arcgis-desktop arcmap attribute-table attribute-joins or ask your own question.

9
Joining Excel table to shapefile in ArcMap?
5
Refresh Currently Open ArcMap Attribute Table using ArcObjects
6
How do "join field" and "target field" work?
6
After performing table join all the fields are "NULL" in QGIS
1
Problem with adding new field to attribute table after performing join by attributes
7
Keep the same field headers after joining a table to a shapefile in QGIS
10
Table join with .csv file results in null fields after join
2
Trying to join a table to a shapefile. Identical key values will NOT join
1
Joining ArcMap to Excel table but join fields not showing up in join dialog