I have a shape with 113 polygons. (partial catchment in hydrometric station sections). Is there any method, in ArcGIS, to overlap and merge polygons from upstream to downstream, in order to results a shape with 113 polygons not partial (between stations) but total (every partial catchment from downstream to be merged with the one upstream and so on....)

Below I selected a few partial catchments, as an example 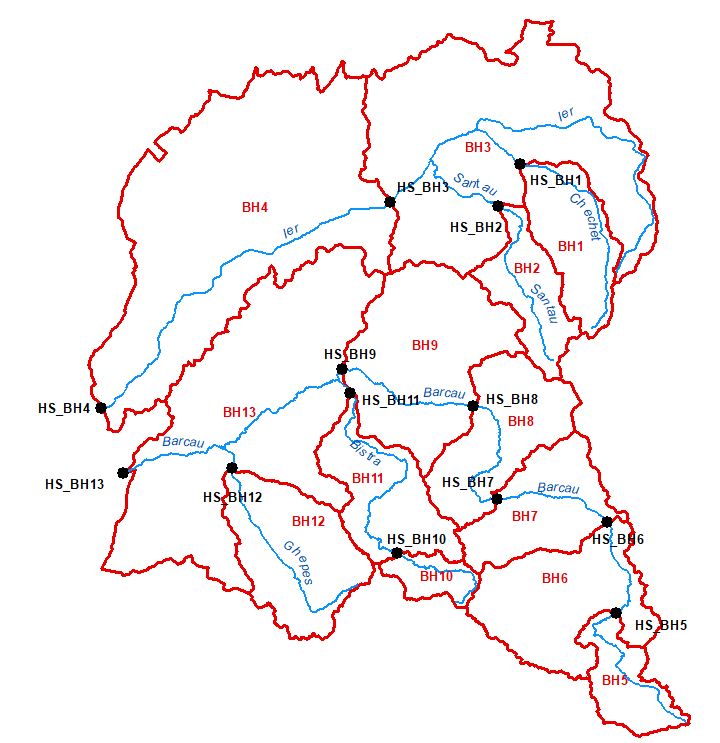 Yes, here are some general steps:

Ok, I see you have multiple disconnected stream networks. I do have scripts to handle situations like that, but that's too many to post and I am not prepared to do so. This is why I suggest:

Sorry to tell, but without scripting you'll need to repeat it 113 times, before merging outputs together.

Thanks @FelixIP. I see there are enough steps to do and I understand that witout automation it’s a lot of work. Unfortunely, I’m quite new with python, but even so, I’ve use a trace downstream code from an older reply of yours regarding cumulative polygon basin calculation and resulted total surfaces at hydrometric station (BH is partial basin, BH_DS is downstream basin, AREA_BH is partial surface and AREA_TOT is total surface of basin). I guess I could use some parts of this code and add a mergeList = [ ] in which to merge polygons with arcpy.Merge_management and then to dissolve them with arcpy.Dissolve_management and save to disk...but I’m prety stuck. 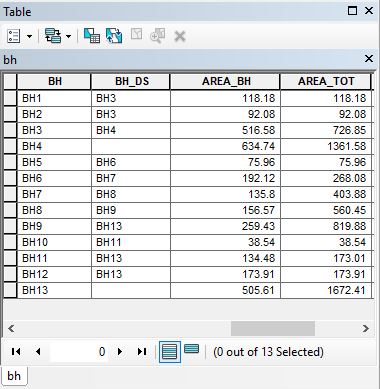 Not the answer you're looking for? Browse other questions tagged arcgis-desktop polygon merge overlapping-features or ask your own question.

7
Dissolving specific polygons inside SearchCursor with Python in Arcmap
7
Tracing up a stream network & tabulating attributes of polygons it passes through
1
How to Spatial Join centroids of parcels to point data and get the distance
1
Overlapping transparent polygons won't darken
1
Arcgis dissolve output has greater area than inputs
1
QGIS - Merge vector layers - Calculate minimum of common attribute
2
Counting overlapping stacked polygons or in a cumulative way
1
Adjoint catchments missing in Arc Hydro?
2
Merge several polygons/features into one continuous area not working