I would like to reproduce this map which was originally printed in mare, a German magazine. 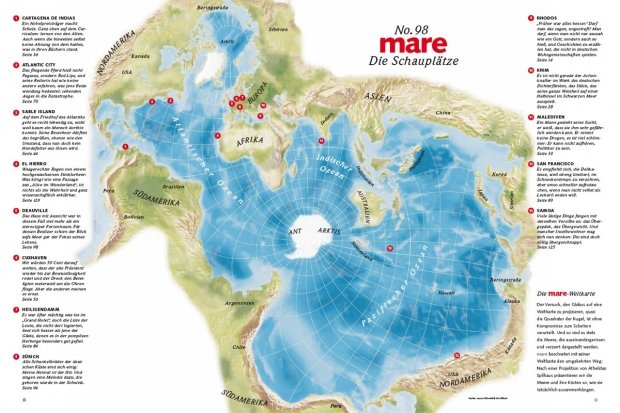 I have done some research and think it is a projection by Athelstan Spilhaus. I would like to be able to produce it using QGIS version 3. This is an interesting article about the projection: https://le-cartographe.net/blog/archives/342-athelstan-spilhaus And this is another interesting page from Jason Davies: https://www.jasondavies.com/maps/spilhaus/11/

I have tried with an antarctic polar stereographic projection (EPSG 3031) where I changed the standard parallel to various different lines of latitude but this does not show the north pole correctly, nor does it have the coastline around the edge. I have tried using a lambert azimuthal equal area projection with the latitude or origin at 0, but this doesn't get close to it either. It seems to be a mix between a Hammer and Petermann projection, according to the french article above.

How would I make this in QGIS? Is it possible? (I have a feeling that the answer is no, but I wanted to ask others).

I suppose that you are looking for a Polar Stereographic Projection even if this map doesn't look as a GIS product, but more like an illustration. Anyway, why don't you have a go with EPSG:3031 (Antarctic Projection)?

Update: are you sure that this is not the right way? I obtain this map using the Natural Earth Data and EPSG:3031 in QGIS. 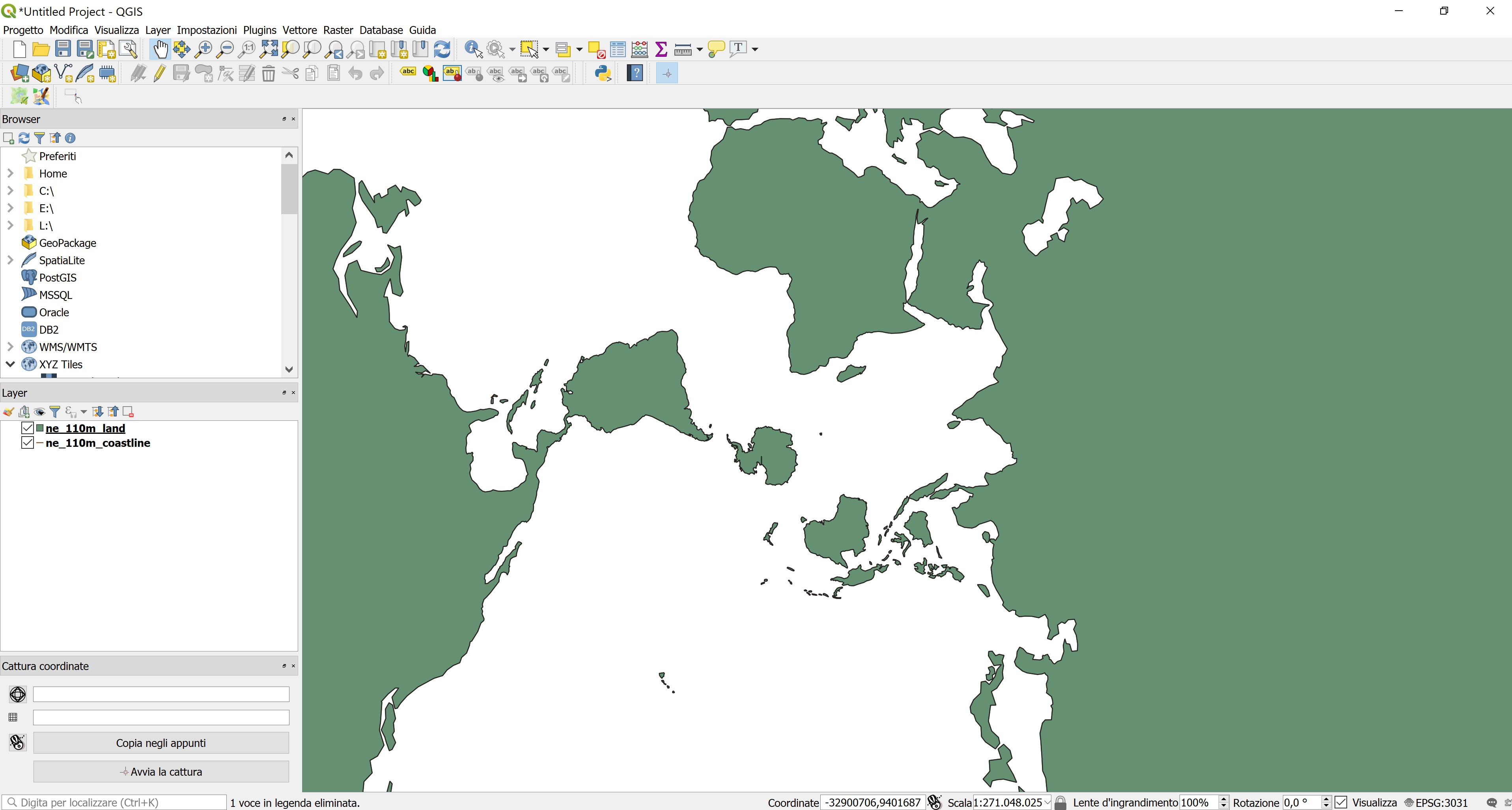 It looks pretty much like the thing you wanted. The problem of the distance of Antarctica from the other continents is probably due to the fact that the original map is not in scale: it must be an illustration more than a GIS map.

The way the edge of South America cuts off and continues elsewhere, reminds of the Fuller (Dymaxion) map projection, or a variation thereof.

This question has an answer that says...

ESRI has a few 'interesting' SRS that are not available in the EPSG catalog (e.g. the Dymaxion and a cube projection) but they are not in common use.

So it looks like that projection is supported. But obviously the above map has a degree of artistic work in it, to fill in the gaps. I doubt you'll find a projection that matches that style exactly.

According to this article, the projection used was a combination of projections by Hammer and Petermann. If you select Hammer in this interactive map projection application based on d3js, you can drag Antarctica to the middle and get a similar view. If that was close enough, it looks like the Hammer projection is in proj4, which is what ArcGIS and QGIS both use, so if you could find the right custom parameters, it seems possible. Would be really cool!

9
What is the difference between spatialreference.org catalogs: EPSG, ESRI, and User-defined?