Dealing with negative buffers in ArcGIS Desktop when original polygon is narrower than buffer width? [closed]

I am having problems creating a negative 75m buffer with polygons which have regions narrower than 150m. To add some context, I have polygons which are created automatically out of enginnering data which are then defined as potential high-risk flooding areas. These geometries are notorious for their unwieldlyness. I have to use these Polygons in a 1:50000 scale map - but am not permitted to generalize...which is rather short-sighted. Below is a screenshot: 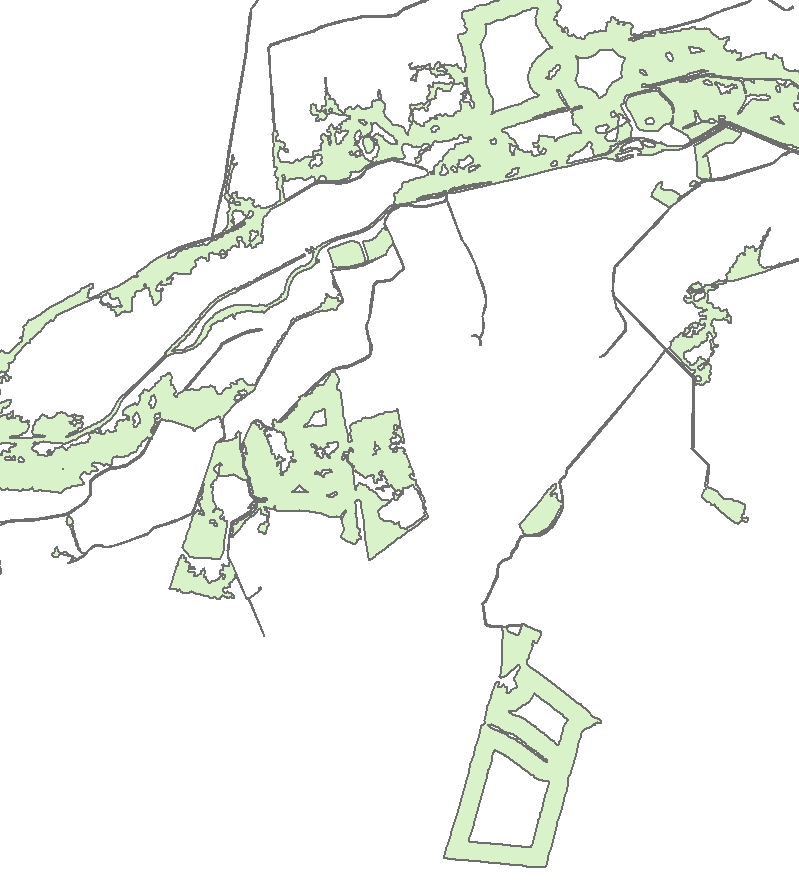 There are holes and very narrow areas making inside buffering impossible.

I need to buffer the polygons with a 62m buffer as we have a strict symbology guideline. My workaround was to convert the polygons to lines and buffer them. This works to a certain extent. The only problem is the line orientation. The Polygons need to be buffered inside. If I buffer lines I have to stipulate whether the line will be buffered to the left or right. This is not the same for each line and thus I have to work with each line individually to find out it's orientation.

Is there a workflow to somehow force the buffer to be produced and then dissolve and clip it with the original polygon outline?

Browse other questions tagged arcgis-desktop buffer arcgis-10.6 or ask your own question.

7
Calculating size of particular area below buffer in QGIS?
1
How to extract all lines that do not intersect with buffer?
1
ArcGIS: segmenting buffer based on polygon corners
1
Calculating area of polygon within Buffers in ArcGIS for Desktop?
1
Remove the extra Segement of Line
1
Calculating length of polygon in ArcGIS Desktop?
2
ST_Buffer in PostGIS produces different results for the same set of lines
6
Iterating features and buffering using GeoPandas?