Let's say I have 2 VIEWS. Each has a geometry column with polygons that overlap, approximately like so: 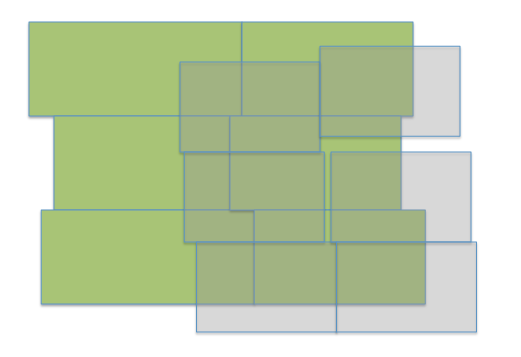 I'd like to delete the portions of of the green polygons where there is any overlap with the grey ones, approximately like so: 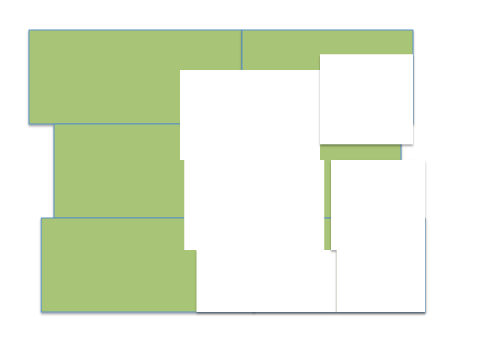 Both VIEWS have polygons that extend out of the boundaries of the example images to the left and right, respectively.

I took a shot at this with the following query (based on a similar example from a book):

(keeping a value associated with each polygon as well)

The output from that is the same as the VIEW and does not work (I'm using openlayers to visualize at the VIEWS/results). So as a test, I wrote a query to return only the overlapping polygons and delete the areas that overlap:

(You'll notice the .timestamp because I'm trying to delete overlap from a view that is 'older'. Eventually I'd like to have a TRIGGER similar to this solution and skip the timestamp comparison)

The result of that query does not work fully but performs the deletion correctly (with st_difference()) on only the first polygon, approximately like so: 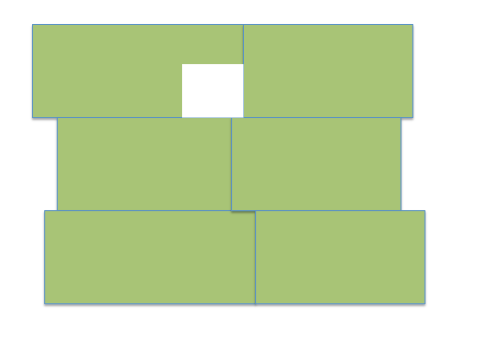 I have had similar problems with formulating erase/difference queries. I have found that dissolving/st_union the geometry you are doing the cutting with is the best way to go.

Not the answer you're looking for? Browse other questions tagged postgis postgresql postgis-2.2 or ask your own question.

5
PostGIS - when I add a polygon, delete overlapping areas in other layers

1
SELECT geometry FROM spaces WHERE geometry ARE WITHIN OR OVERLAP polygons FROM OTHER table
2
PostGIS, no use of gist for geometry column in a query
14
How to USE ST_difference AND ST_intersection in case of multipolygons? (PostGIS)
1
Difference between PostGIS ST_Intersects vs '=', QGIS and ArcGIS 'select by location'
3
Find what polygons are not fully covered by union of polygons from another layer in PostGIS
2
ST_Intersection + ST_Difference + not overlapping Polygons
2
How to find max value for id appearing anywhere in another column?
2
Enclose polygons that are not overlapped and remove gaps between them?
2
How to remove line overlap hierachically in PostGIS with ST_Difference?
2
Aggregate polygons from one table in PostGIS by proximity, area and date