What are some recommended approaches for flattening a broad area through a road, as a means of connecting the upstream and downstream parts of a stream bed?

I am not trying to connect these areas for flow accumulation or stream network computation, but to model the area as a dam within HEC-RAS - so single cell connections, that would work for watershed / flow accumulation focused analyses, will not work here.

The area I wish to flatten, preferably smoothed from upstream edge to downstream edge, is shown below in blue. Aerial imagery with LiDAR overlaid. 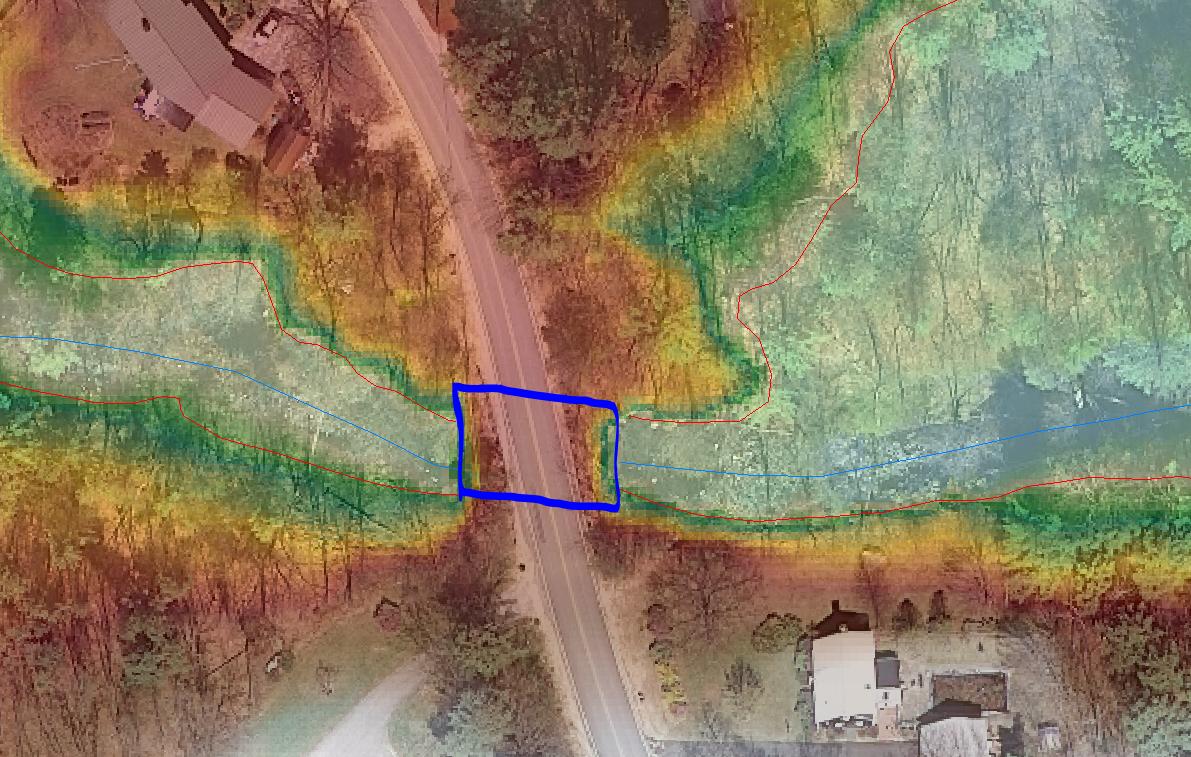 I suggest rasterizing the polygon, replacing the values in the the DEM coincident with the polygon with large negative values, and then filling the modified DEM. This approach ensures that the flat surface cut into the road embankment has the elevation of the downstream-most edge of the polygon and will make any subsequent flow modelling easier. Here is an example: 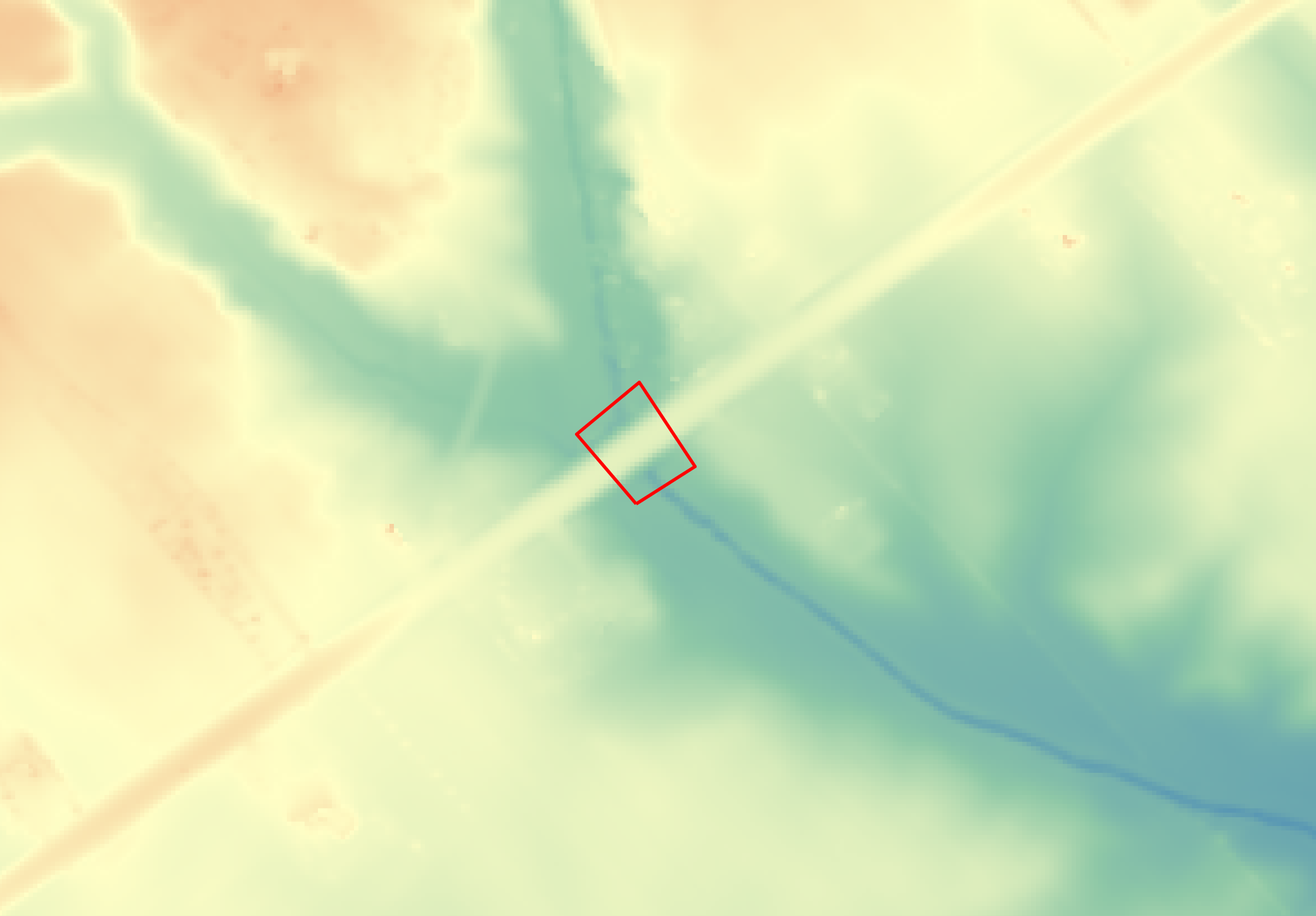 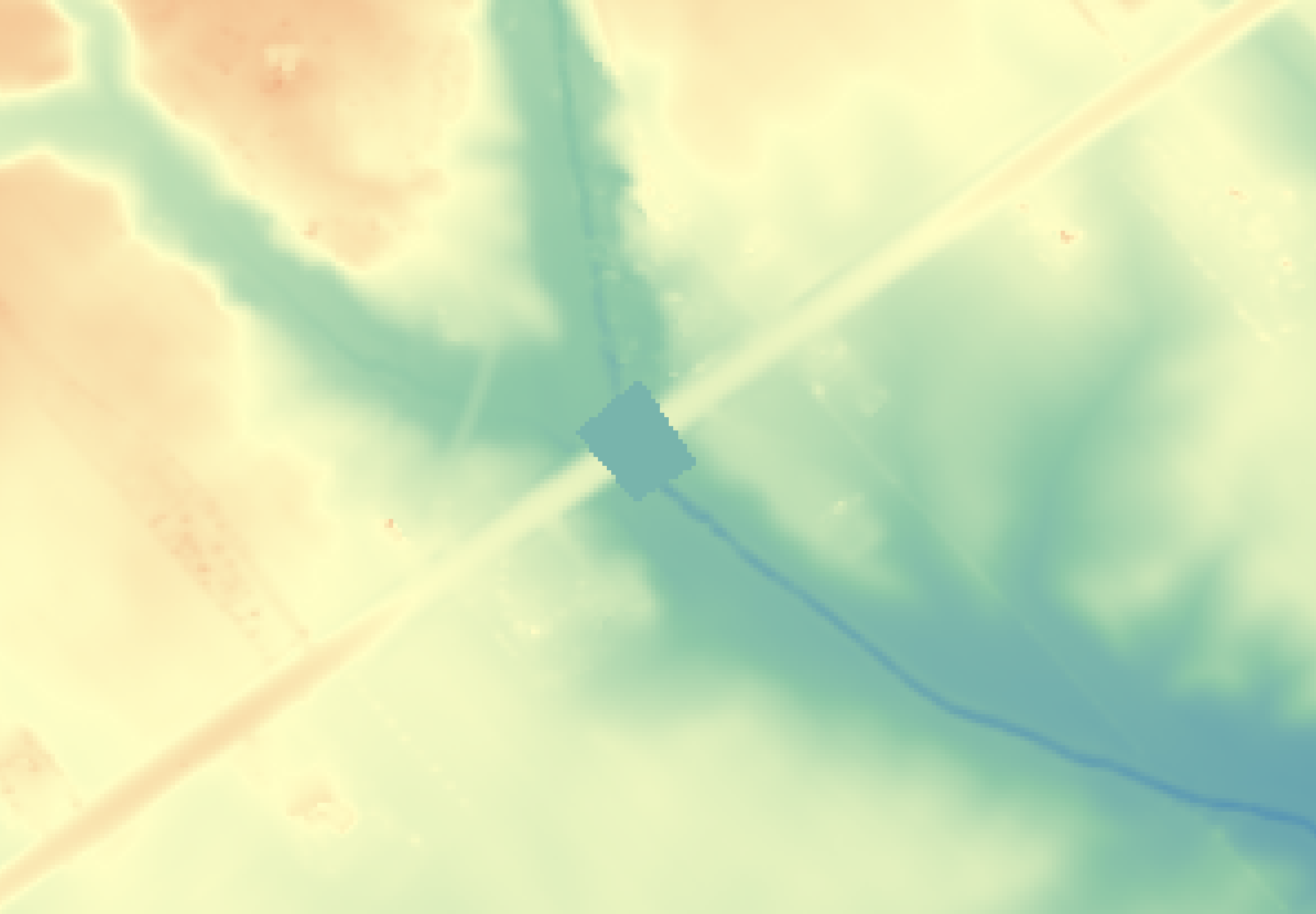 In the above analysis, I used the Con tool to update the elevation values coincident with the polygon to -999.0, filled the modified DEM, and then used the Con tool a second time to create the final DEM (if value not in polygon assign original DEM, else assign filled DEM). This final step isn't strictly necessary but ensures that the filling only modifies grid cells in the polygon.

Also note that this process can be run once, simultaneously solving an arbitrary number of polygons.

Admittedly, this seems like a bit of a hack, but I think the general workflow will solve your problem.

This could be scripted to a degree, where you would feed in the new polygon for each instance of a bridge that you want to remove. It would then just require drawing appropriate polygons for each one.

EDIT: As suggested by WhiteboxDev in a comment above, Fill may be a good substitute for step 4 as well.

Not the answer you're looking for? Browse other questions tagged arcmap dem or ask your own question.

5
How to find upstream - lateral and downstream zones around urban areas?
5
How do I get the upstream distance to all points in a DEM from a single downstream point?
3
Finding upstream and downstream villages along river?
2
Calculating right area in polygons using DEM and ArcGIS Desktop?
1
Trace upstream/downstream for multiple pairs of points in ArcMap