I have a line layer and point layer on my ArcGIS project. The points are on the lines. I want to create vertex on lines at this point coordinates.

I could not add vertex on points, if point is on the line. How can I do this using arcpy?

Below is some python code that will take an un-ordered set of polylines with zero or more intersecting points and insert a vertex into the polyline at the point position. 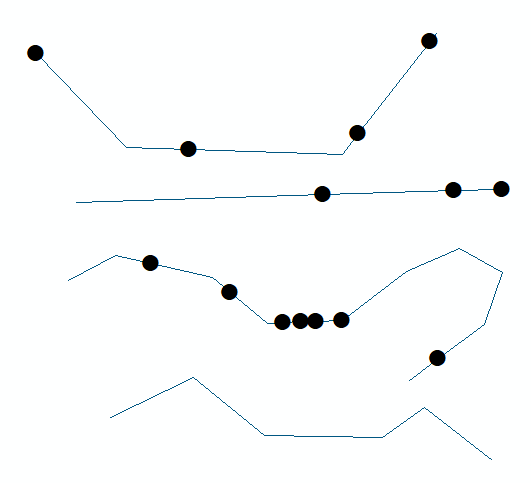 This code is designed to be dropped into the Python console in ArcMap, simply change lineLayer and pointLayer.

I think I have a solution! I ve checked the following code and it works.

2) Then it merges These Vertices as Points together with your 'points' on the line -> Theres one drawback: On the Output Pointfile of this merge you Need to create a new field and sort the Points in the right order (1-9 in this example) Otherwise the final line would look like a 'grinding by numbers' (but Ive found also examples to automate this too..

Feel free to ask me, in case you've got questions or some parts of the code dont work on your system

As the easiest way (not too much coding, but questionable performance) you might try to do this (ArcGIS Desktop Advanced license required):

As described in the description of the tool:

So by default Split Line at Point only works for ONE point per line. Other points on the line are ignored. But if you set huge Search Radius all points will split the line. 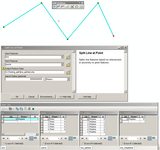 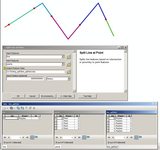 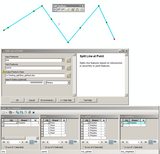 This code should do the job (not tested):

I think you had your geometry token for your points wrong. It should have come as "Shape@".

The code can be written as :

Not the answer you're looking for? Browse other questions tagged arcpy arcgis-10.5 or ask your own question.

2
Creating point at midpoint of polyline with ArcPy?
3
How to add vertex on the center of a polyline object?