I am currently struggling to find the number of sides that intersect between two or more polygons in a layer, the layer contains around 2700 polygons. All polygons have a rectangular form, as it can be seen it in the following picture. The picture is a small part but everything looks more o less the same 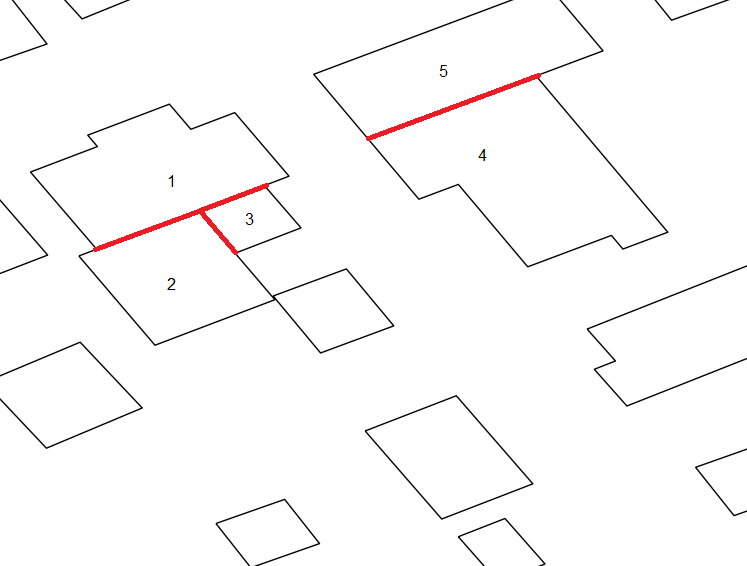 I have tried using intersection function, but I don’t seem to have proper results, or at least the ones I expected.

In the picture there are numbers on some polygons (I put them there just to explain better), what I want to do is:

Does anyone have an idea how to achieve this using GeoPandas or similar moduls?

Your question is similar to:

but you want count, instead of the neighbour names. Based on the answer to it you can try:

You might get a higher count than you want since it will count all neighbours including those sharing "corners", for example polygon 2 and the polygon bottom right of it.

Not the answer you're looking for? Browse other questions tagged python geopandas or ask your own question.