get feature on mouse click event on active layer

I am trying to write a python plugin and want to provide functionality similar to the "Identify feature" tool that already exists in QGIS. Plus the possibility to open the document relied to a feature by getting the path assigned to it in a column. How does one get, after launching the plugin, the clicked feature on mouse click event?

I've used some code from here but I couldn't get it to work.

This can be done by using QgsMapToolEmitPoint class. With each mouse click is generated a QgsPoint whose coordinates are used for corroborating if this point is in or out some vector feature. If answer is "yes", its id is used to get infomation stored in attributes table. You can adapt following code, where attribute retrieved is named 'name', for your plugin.

I tried it out with vector file of following image: 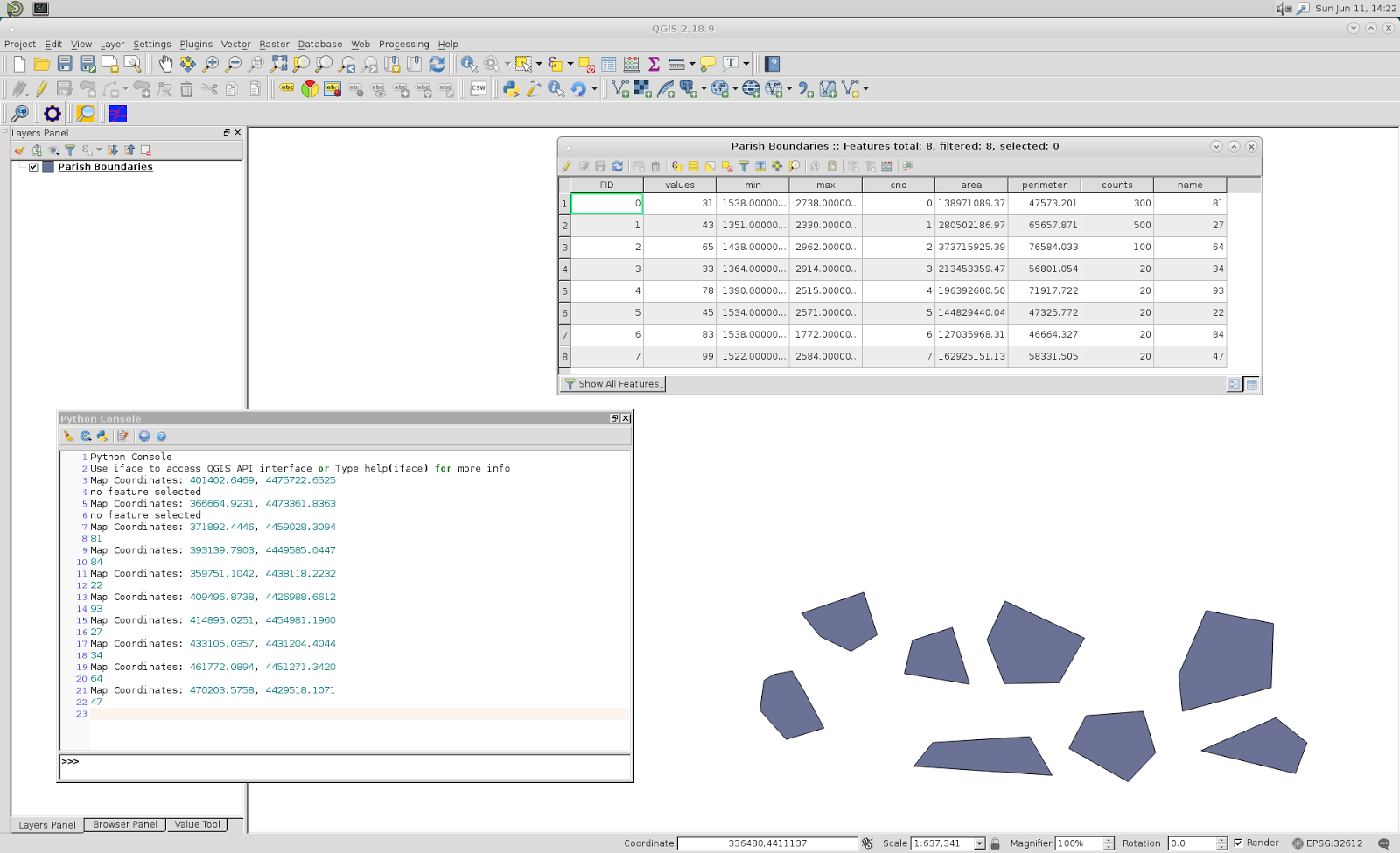 After running above code, each mouse click at Map Canvas of QGIS is printed as point coordinates at Python Console and, if it corresponds, its attribute named 'name'. Above image reveals that clicks were realized outside whatever vector feature for first two points and, for the remaning points, inside of some vector feature. Vector attributes table was used for corroborating that field 'name' values were obtained as expected.

here is a solution that works for me:
when I launch the plugin the select tool is selected automatically
self.iface.actionSelect().trigger()

then I get the active layer

then I get the selected features

this is the full code

Not the answer you're looking for? Browse other questions tagged qgis pyqgis qgis-2.14 or ask your own question.