How to polygonise a large and detailed raster into a single valid polygon with QGIS?

I am doing research on the protected areas of the Amazon rainforest and I need to create a single polygon layer that has all the forested non-protected areas in one attribute row. I have tried using different polygonise functions in QGIS with different dissolve functions and fixing geometries, but I always end up with the same final layer which has invalid geometry.

After polygonising the raster and saving the forested areas, I have a multipolygon layer (with thousands of rows in the attribute table) which looks like what I wish to achieve: 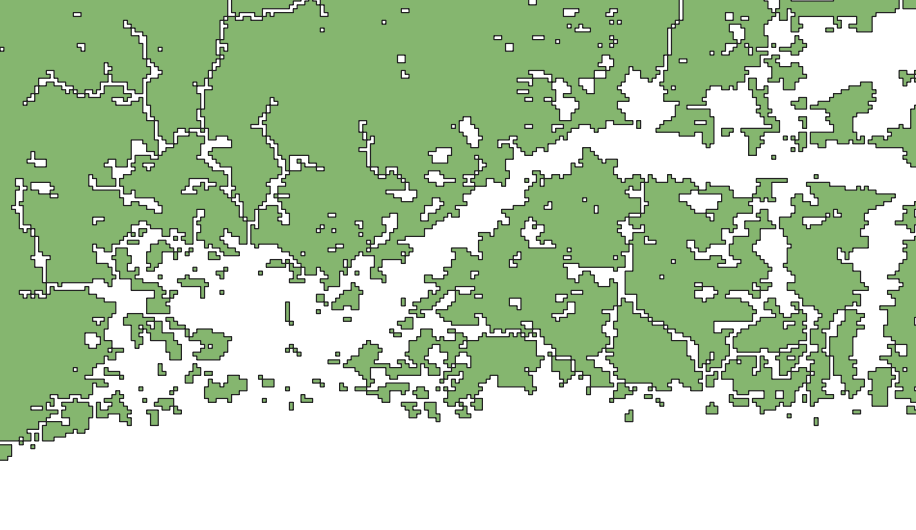 However, when I try to dissolve the layer into a single polygon layer (with SAGA Polygon Dissolve (all polygons), but the same happens with GDAL Dissolve), I get these polygons within polygons: 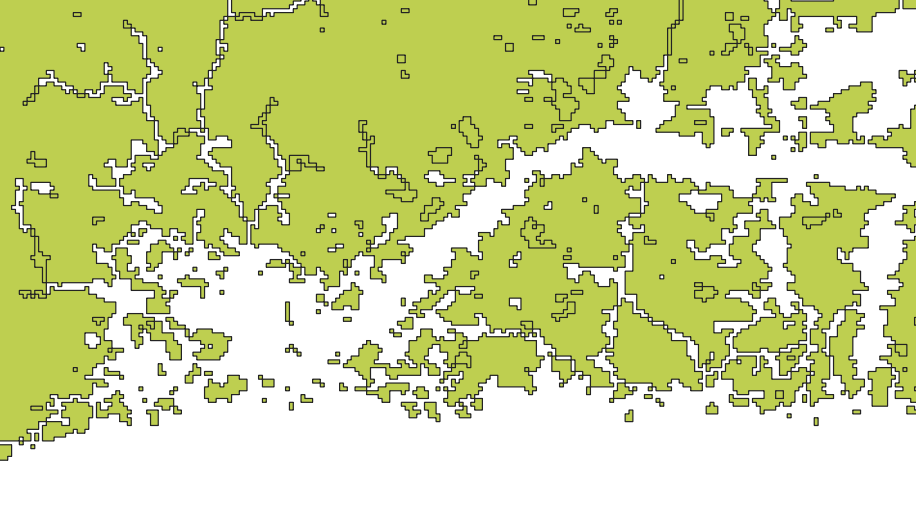 (This is just one area, not the whole layer, showing the areas that appear after trying to dissolve the multipolygon layer)

I've tried to use "Fix geometries", but that only removed some of the unwanted areas (the fixed image is included here).

I have tried to fix this problem for more than a week now and am running out of options to try.

For your specific question :

For your final objective :

Notice : For this part, you don't need one multipolygon.

I decided to check if this was a QGIS specific problem and did the same process in ArcGIS on a different computer. I dissolved the multipolygon layer, and ArcGIS did not visualize the errors – even though I was using a copy of the same file. However, when I looked at this dissolved "error free" file in QGIS, the errors reappeared.

I decided to try the sampling to see if the sample points would appear on the error areas or not. I created a new singlepolygon layer in the latest version of QGIS (3.2.3. Bonn) and used Fix geometries tool. I used the fixed layer in the sampling and no samples appeared on the "error" areas (see picture). Besides a visual check, I also reaffirmed this by quantitative means in R.

My best guess is that this was a visual bug in QGIS since ArcGIS did not show these errors in the same file. 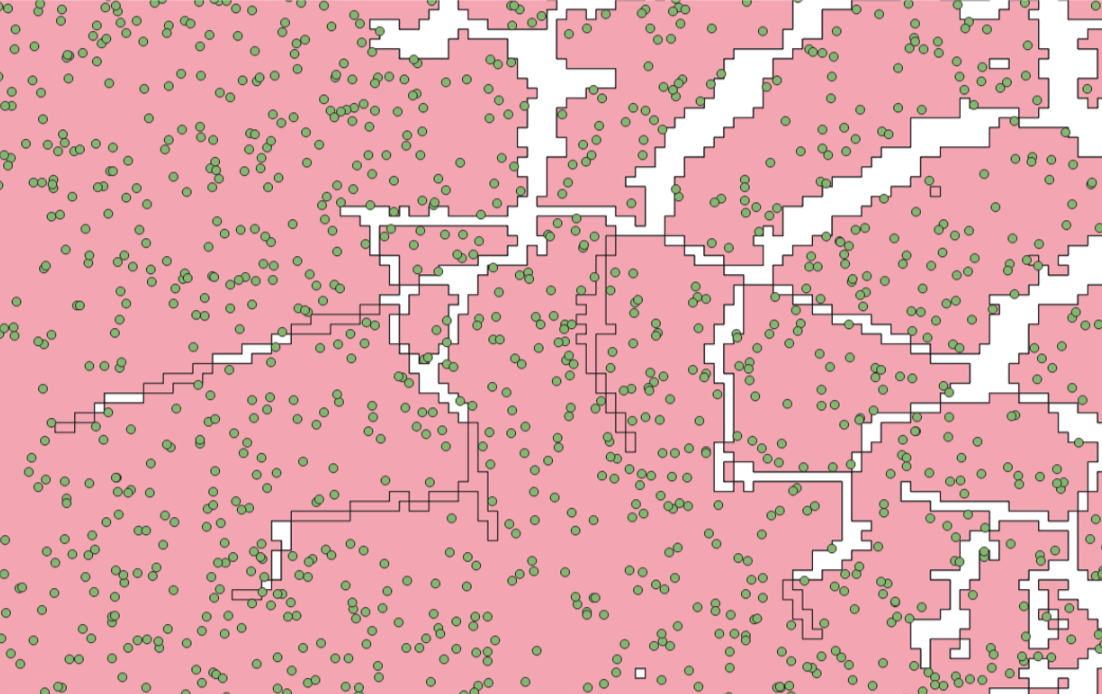 Not the answer you're looking for? Browse other questions tagged qgis r polygon dissolve polygonize or ask your own question.

26
Is there a dissolve function in PostGIS other than st_union?
2
Calculating area using dissolve and merge but getting shapefiles with empty attribute tables in QGIS?
3
Dissolve adjacent parts of multipolygon into a single Polygon
2
QGIS: Dissolve after raster-to-polygon not working correctly, only dissolving a portion of the vector layer
5
Distortion of City -Boundary-Polygons proportional to population size in QGIS?
3
Problem with dissolving polygon layer with many features in QGIS 3.4.1
2
Combine multiple polygons into a single one (with holes)
1
Error when clipping raster by mask layer (polygon) in QGIS