Latitude above and below the surface of the Earth

I know that Geodetic Latitude is measured with respect to the normal at a point on the surface of the reference ellipsoid. But what about points above and below the surface? Do they follow a hyperbolic path? (See the graphic I created.) Or do they follow a straight line?

Wikipedia says, "[Ellipsoidal] coordinates are the natural choice in models of the gravity field for a uniform distribution of mass bounded by the reference ellipsoid." 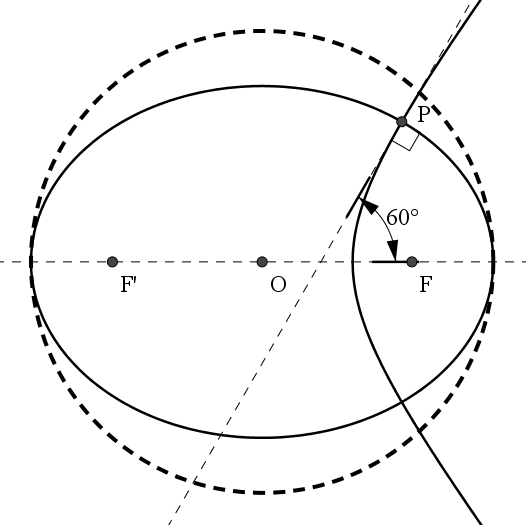 No, latitude doesn't follow gravity (as @mkennedy notes, it follows the normal to the ellipsoid).

And, no, gravity doesn't follow your hyperbolic curve (nor a straight line).

The simplest model for gravity of the earth which accounts for its ellipsoidal shape and its rotation is "normal gravity". (And the formulas for normal gravity are conveniently expressed in terms of ellipsoidal coordinates.) Unfortunately, the Wikipedia articles on this subject, theoretical gravity and normal gravity formula, are deficient in that the height variation is treated only approximately. (I haven't yet had the energy to fix this!) However, I have written up some detailed notes on normal gravity here.

Here's the figure from those notes showing the field lines (green) and level surfaces (blue) for an exaggerated model of the earth: 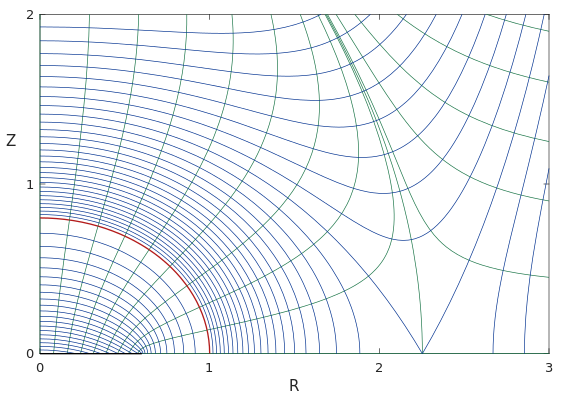 By the way, falling bodies don't follow field lines. Because this is a rotating system, Coriolis forces come into play. In addition the bodies interia will cause the body to deviate from a curved field line.

The field lines follow hyperbolas if the ellipsoid is not rotating. Two possible mass distributions which then result in a constant gravitational potential on the reference ellipsoid (i.e., which satisfy the conditions for normal gravity) are:

Details are given in my notes. 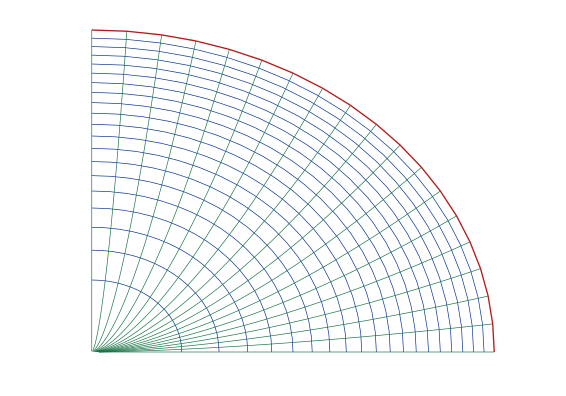 At latitudes nearer the Equator, the inertia produced by Earth's rotation is stronger than at polar latitudes. This counteracts the Earth's gravity to a small degree – up to a maximum of 0.3% at the Equator – reducing the downward acceleration of falling objects.

The difference in gravity at different latitudes is that the Earth's equatorial bulge (itself also caused by inertia) causes objects at the Equator to be farther from the planet's centre than objects at the poles. Because the force due to gravitational attraction between two bodies (the Earth and the object being weighed) varies inversely with the square of the distance between them, an object at the Equator experiences a weaker gravitational pull than an object at the poles.

The same two factors influence the direction of the effective gravity. Anywhere on Earth away from the Equator or poles, effective gravity points not exactly toward the centre of the Earth, but rather perpendicular to the surface of the geoid, which, due to the flattened shape of the Earth, is somewhat toward the opposite pole. About half of the deflection is due to inertia, and the half because the extra mass around the Equator causes a change in the direction of the true gravitational force relative to what it would be on a spherical Earth.

Regarding the points above and below the surface from the observer point of view they follow a straight line.

Don't forget that latitude is defined relative to an ellipsoidal surface. A height above, or below, the ellipsoid (HAE) is just offset along that perpendicular-to-surface line.

If you were working with level surfaces instead, the perpendicular to that surface could change as height changed--because the point is now on a different level surface. That difference between the normal to the gravity/level surface and an ellipsoidal surface is called the deflection of the vertical.

Not the answer you're looking for? Browse other questions tagged latitude-longitude elevation depth geodetic or ask your own question.

22
Why latitude/longitude and not the other way round?
14
Meaning of "Elevation above surface of ellipsoid"?
5
Google Earth Polygon surface area to follow the curvature of the earth model
0
Mark latitude and longitude values on Google Earth
4
Shortest 3D distance (depth, z) between an underground point and the surface (dtm)
5
With respect to what "normal" is geodetic latitude defined for the WGS84 elliptical model of the Earth?
3
What is the height reference point when using Longitude, Latitude , Height coordinates?