I have a large layer of lines (telecommunication duct) with in parts several parallel lines that are close to each other (cause they lay in the same trench). I would like to count the length of the trench. But so far I only managed to count the sum of lines in QGIS 3.2

My following example is a section with 4 parallel lines. 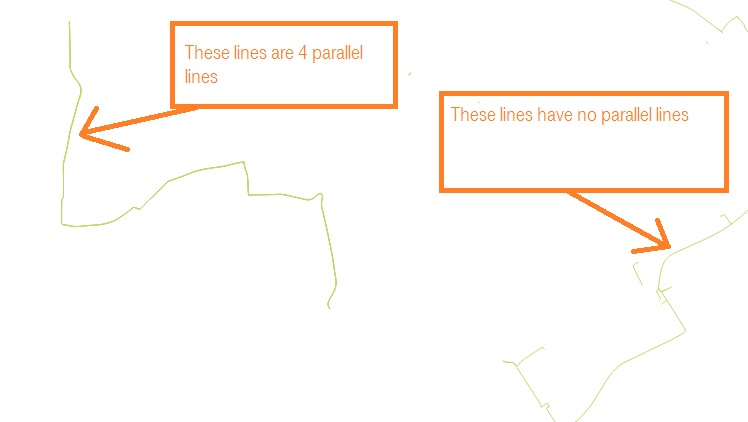 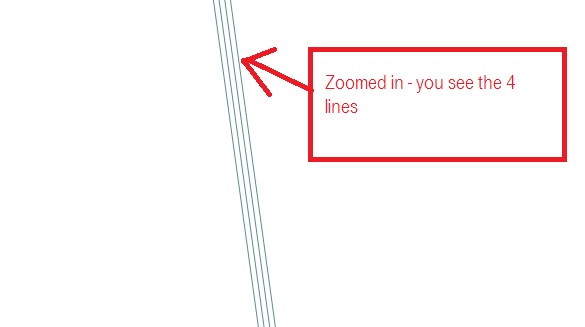 What have I tried so far

Buffer the lines and then: Vector -> Join attributes by location

Result: I got a Polygon but instead of counting 4 intersections it showed 7 or 8 -> I assume that cause the buffered lines overlap each other

Snap the geometries in a layer

Result: I chose a small tolerance and the 4 lines are perfectly aligned (they overlap perfectly). But when I sum up the length (with GroupStats) the length is 4 times the length (it counts every line)

I also tried to join the overlapping lines with Merge lines

Browse other questions tagged qgis merge length parallel-lines or ask your own question.