My source node is 283 and my target node is 172. When I used the pgrouting plugin to give me the shortest path I got one as attached in the screenshot. 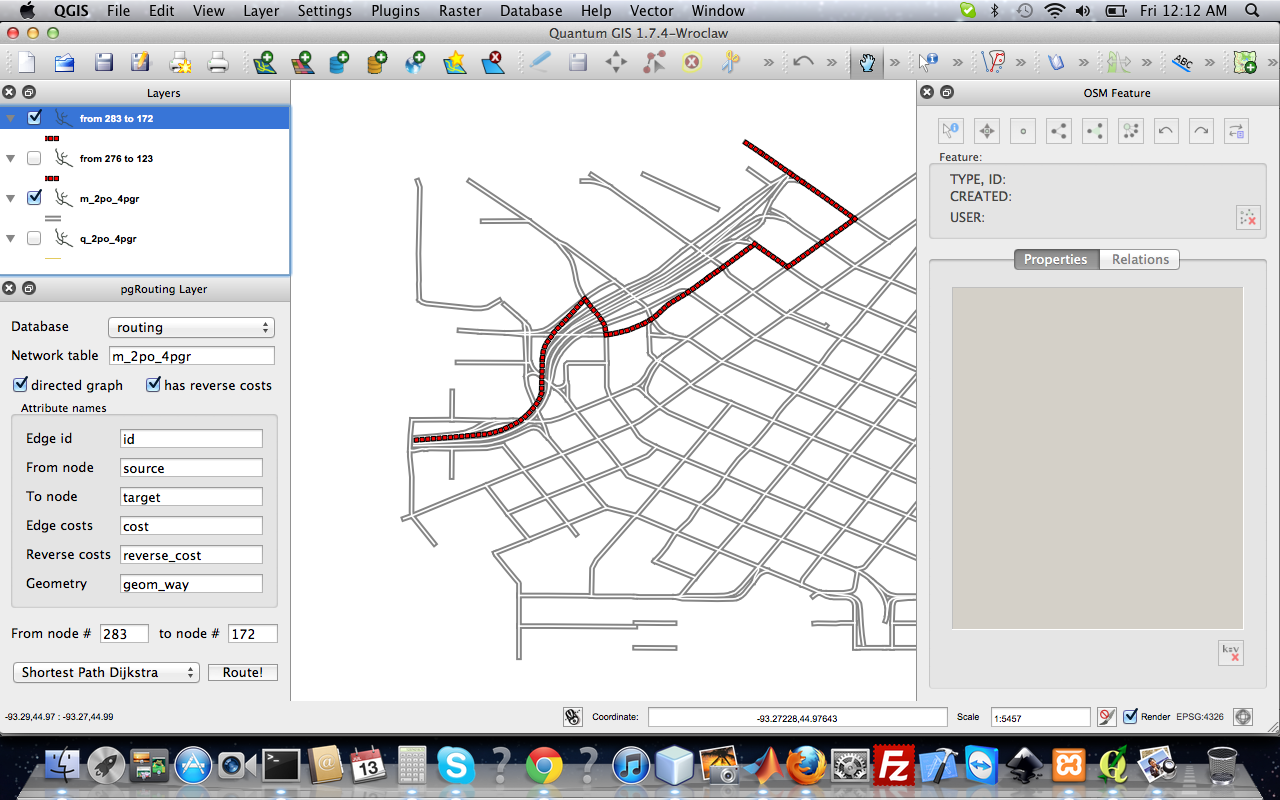 However, when I queried the database of the graph which was generated by the tool osm2po. I found only one edge which was connected to node 283.

The result of the query is given in the figure below 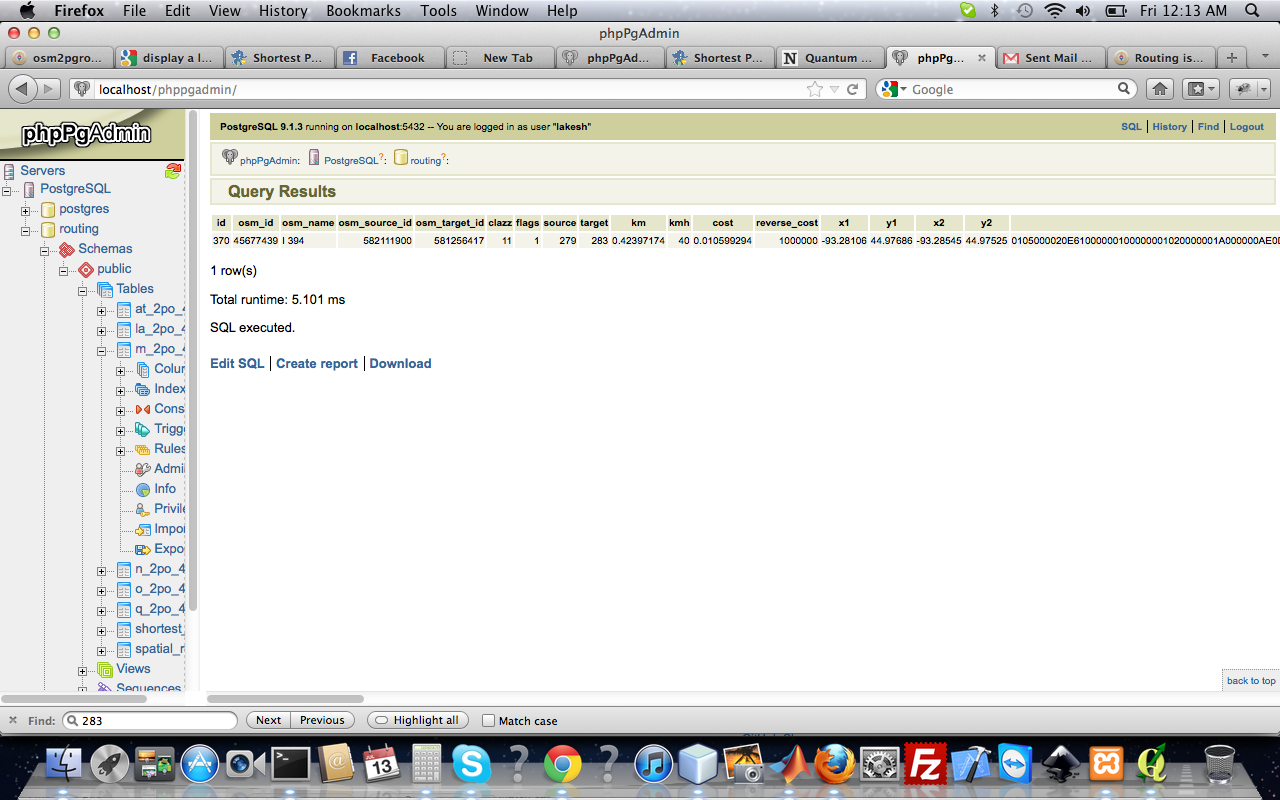 My question is if you look at the results of the query, the edge is from node 279-283 and is one way as well with 283 being the target. Now since I used qgis to show the shortest path from 283-172. There is no starting from 283 as source. So my assumption was it shouldn't have shown any path. So I was wondering if there are some issues with the pgrouting plugin.

How come it gave me the shortest path when there is no edge with 283 as source? As I have explained there is only one edge connected to 283, but 283 is target and also the edge is one way from source to target.

I guess that if only one way(but high reverse_cost value(1000000)) exists, shortest path(dijkstra) function use the way although it has high reverse cost.

Could you execute following query on phppgadmin for confirmation?.

There might be an ambiguity issue with [has_reverse_cost] and [directed] because a directed graph does not need a reverse_cost attribute.

Not the answer you're looking for? Browse other questions tagged qgis pgrouting or ask your own question.