Extract a line segment out of a polyline on the basis of numeric values (distances) defined as attributes [QGIS]?

I have a set of points (red in the picture) in a shapefile containing an ID as well as two numeric values representing distances in Meters for each point.

After creating polylines for each point via r.drain-GRASS-tool representing flow paths to the points (green in picture), I now need to extract a segment of each polyline that is between a distance A and a distance B from the corresponding point. 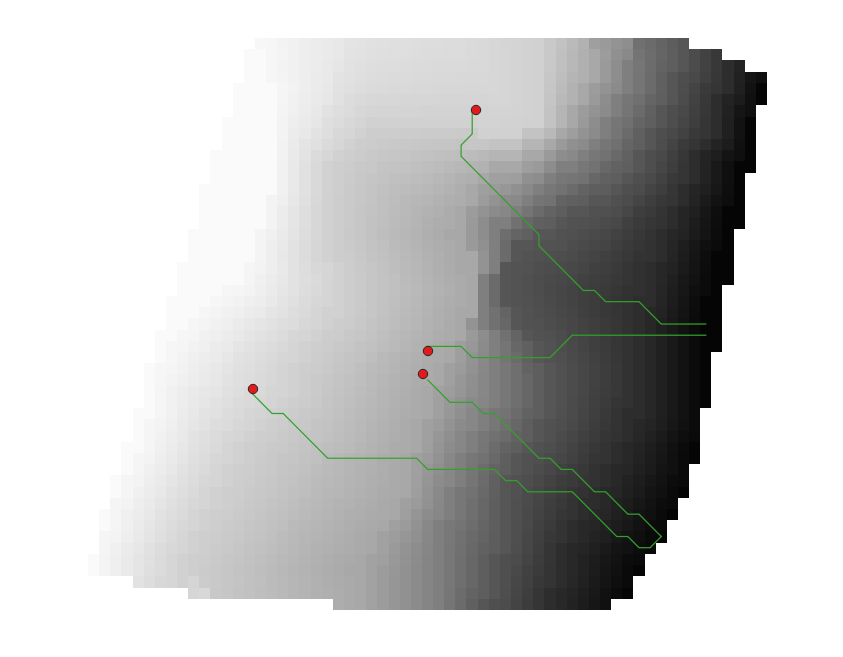 So what I need is a shapefile containing a set of polylines, one polyline for each point that is between a distance A and distance B from the corresponding point. A and B vary between the different points.

Is there a way to solve this problem with the buffers or even an easier way to do the extraction using QGIS (2.18 or 3)/GRASS?

Oh, and it is not possible do it manually by editing the features, because I want to use it on a set of several hundred points.

This is possible in the upcoming QGIS 3.4 release (so you could download a nightly pre-released and try straight away).

Not the answer you're looking for? Browse other questions tagged qgis grass clip overlapping-features vector-layer or ask your own question.