I own a number of old cetral-European maps and I always liked the classic hand-drawn cartographic hillshade relief presentation that these maps feature. I am not wanting to reproduce the shading (which is similar to swiss shading) but the accompanying lines. These are not contours but rather down-slope "gradient" lines that (often with a degree of imagination) create a hillshade effect. I don't have my maps on me right now so I can't scan a good detailed example of this but I found some examples online. As far as I know, and at least in Czechoslovakia, these types of maps were being produced up until the second world war. I would like to produce some modern maps with an old feel and featuring this type of effect. Is there any way that this could be done in a modern GIS (Preferably ArcGIS) using an existing DEM? Illustrator or Photoshop solution would also be acceptable.

Not a part of the question but I would also be interested to find out: What is this particular hillshading called? Where could I get some more information about how it was done and what rules it adheres to? 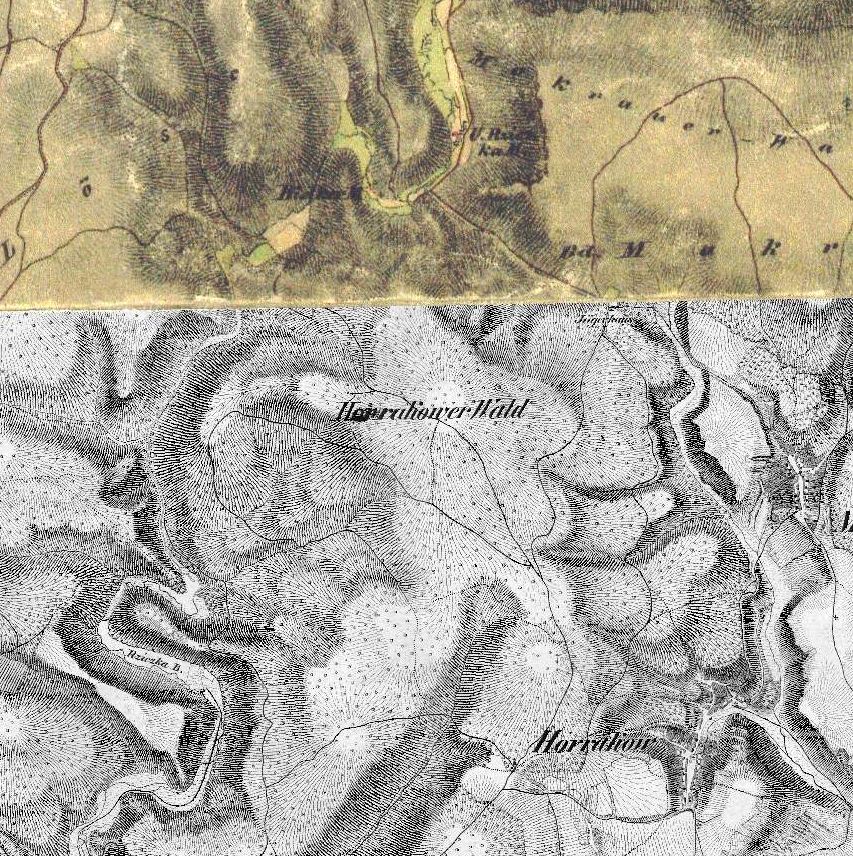 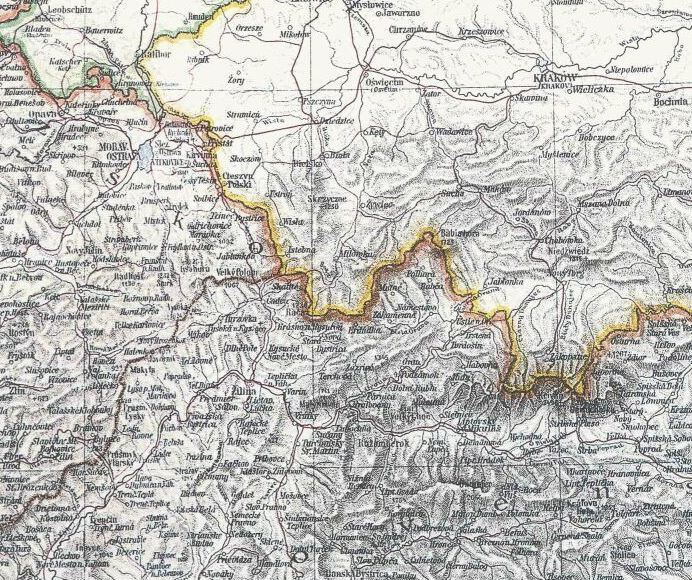 The proper name for those old-style shaded relief maps is "Hachure maps". I agree that they do look very pretty, even if they are less useful for actually conveying elevation than contour maps. According to that Wikipedia page, the rules for drawing Hachures are as follows:

A quick Google search for "digital hachure map" found an article written for Cartographic Perspectives in 2000 by Patrick Kennelly called "Desktop Hachure Maps from Digital Elevation Models." While this technique yielded something vaguely similar, it used more of a pointilist technique rather than lines: 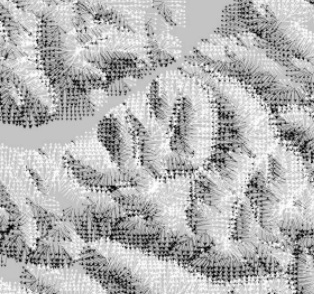 Granted this article is more than 10 years old, so I bet with improvements in computers and DEM resolution since then, creating a better imitation of old-style Hachure maps would be possible based on the slope and angle of elevation features.

Update 2015-05-22: Esri has released a new Terrain Tools toolbox that is capable of generating hachures. This "Creates an output that illustrates three-dimensional topography on a two dimensional map using hachures that symbolize slope and aspect," as shown below: 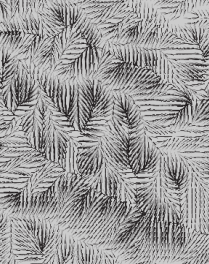 Update 2016-05-11: Andy Woodruff has done a nice review of automated hachure techniques, including some new code to make hachure maps as below: 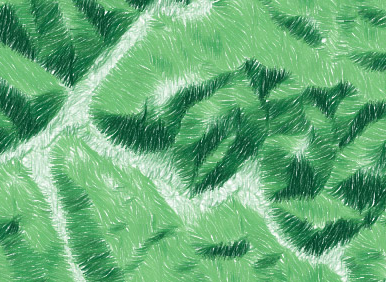 This doesn't help with your goal unless you're willing to do some coding, but Michal Migurski recently did some experiments in automating hachures, which were built on by Eric Fischer.

The following open access paper by Timofey Samsonov (2014) proposes a nice approach, although it would require you to do coding as well. Morphometric Mapping of Topography by Flowline Hachures

Not the answer you're looking for? Browse other questions tagged cartography hillshade shaded-relief or ask your own question.

3
Create hachures from DEM in ArcGIS 10.1