I have a shapefile with lots of overlapping polygons made out of buffering street lines. I need to clip them so that the overlapping part goes to only one feature and gets excluded from the other, which I found I can accomplish with the Clipper plugin, as the image shows: 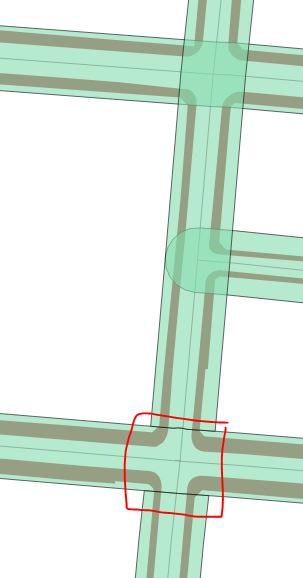 However, with that extension I would have to select one feature at a time and click on the 'Clipper' plugin button. Is there any way I can create a script or some sort of action so that QGIS runs this automatically (select one feature, 'clip', select next feature, 'clip' and so on)? If so, could it select the features in a specified order, such as, according to the values in my 'length' column (from highest to lowest)?

If there's no way to do it, any ideas on how to accomplish clipping all these overlaps (thousands of polygons)?

I don't think there's a need to script this process. You can try the following:

Not the answer you're looking for? Browse other questions tagged qgis pyqgis clip or ask your own question.

1
Go through QGIS Python for loop through features in reverse order?

1
How to clip by inidividual polygon shapes rather than by an aggregated shape consisting of all polygons in the shapefile.
6
Clip polygons with other polygons based on matching attributes
2
editor clip with multiple selected features
11
QGIS clip vector layer to current map extent
1
Many-to-many clip in ArcGIS 10.2
3
Merging overlapping polygons with original polygons in QGIS
1
Mosaicing non-overlapping rasters in QGIS