In QGIS, I want to discern between a number of building types, based on topology. I have data on buildings, parcels and addresses.

I'm having a hard time to discern between row/terrace, end-of-terrace and semi-detached housing. Assume, for the sake of simplicity, that all other dwelling types (detached houses, appartment buildings, non-residential, etc) have already been classified and do not complicate things further. My working definitions are currently:

The latter ensures that buildings which are semi-detached in terms of living areas but that are attached to other buildings by their garages would count as semi-detached, to fit the local context of this project where such a house would be considered semi-detached.

So far so good. However, I do not know how to implement these rules in QGIS. How should I go about this?

Is there an easier way to achieve what I want that I'm missing?

*NOTE: the shared polygon edges tool only works where an entire segment is shared. If an edge segment overlaps more than one building, it won't be counted. The solution is to split the segment by adding a vertex. (see illustrated example below)

In this example, polygon 1 has a single edge that overlaps the edges of polygons 3 and 4. 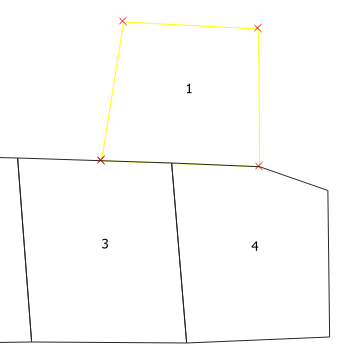 Because only part of this edge is shared with each neighboring polygon, the shared polygon edges tool doesn't detect it as a shared edge. 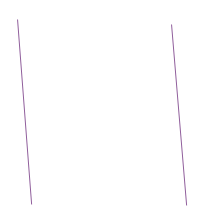 If we add a vertex to polygon 1 at the corner of polygons 3 and 4, like so: 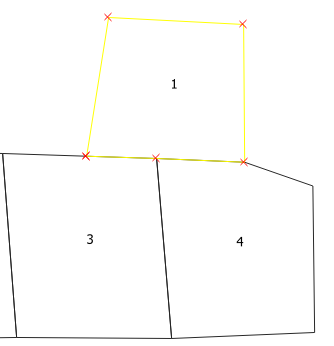 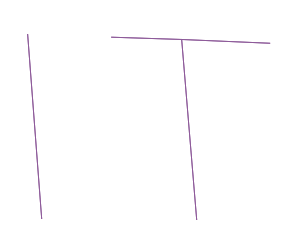 Not the answer you're looking for? Browse other questions tagged qgis vector classification topology or ask your own question.