I'd like to vectorise the Natural Earth II raster in order to be able to change its colours and display it with as a vector map. Using gdal_polygonize.py won't help as it will create 1 polygon per pixel.

Are there any tools out there able to do the job, ie create polygons by grouping pixels having the same value more or less a threshold?

EDIT: the task it roughly the same as what MapBox guys did to create their vector hillshade, and probably their low zooms landuse.

I found a solution using USGS landcover dataset and gdal_sieve . The raw dataset looks like this: 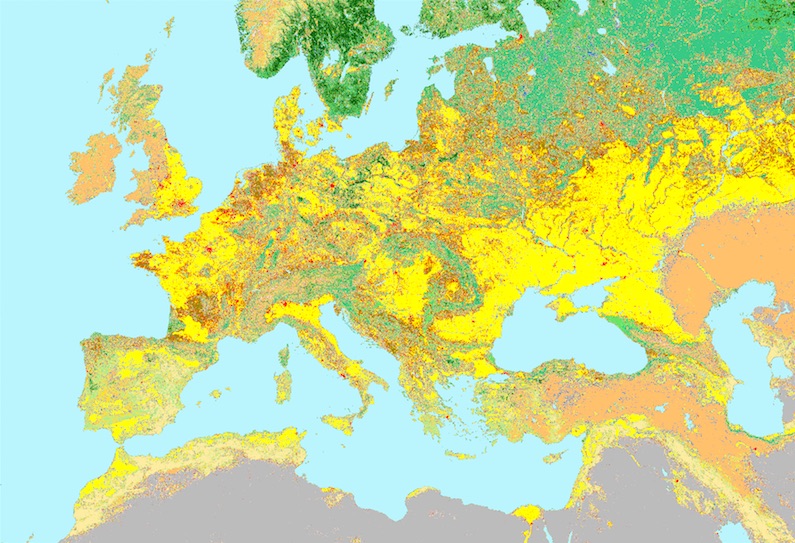 And using gdal_sieve led to that: 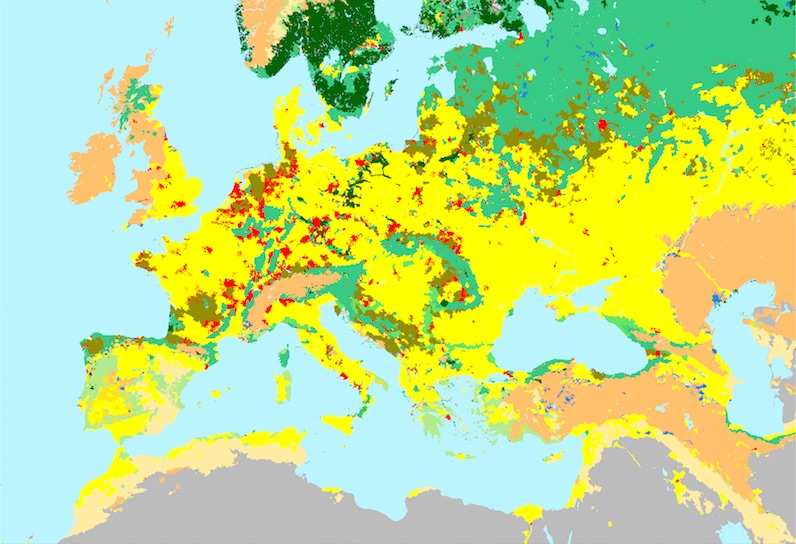 Which is exactly what I wanted :) . Now I "just" have to choose pretty colours.

Not the answer you're looking for? Browse other questions tagged gdal polygonize vectorization or ask your own question.

3
How to vectorize a Raster-Classification? (QGIS, GRASS)
10
How to generalize and vectorize a LandUseClassification raster file?
10
How to “clean” and vectorize a raster map?
0
Polygonize a raster using GDAL JAVA bindings - passing raster pixel value to the resulting feature
1
How to delineate/vectorize polygons out of a spline surface?
0
Reclassifying Raster to Vectorize in ArcScan
1
Feeding gdalwarp with binary data instead of ascii, how to specify header information