How do I get polygon shapefiles to project correctly in WGS 84?

I have a map with three layers:

I'm trying to project all three layers onto WGS 84. The project CRS is set as WGS 84 and I've manually set each layer to project to WGS 84. I've enabled "on the fly projection" as well. However, layers 2 and 3 align properly while layer 1 lies out in the ocean. Also, when scrolling with my mouse, my coordinates are displayed as what looks to be northings and eastings instead of decimal degrees as I would expect with WGS 84. When I zoom to layer 1, my scrolling mouse shows decimal degrees. I know layer 2 has decimal degrees as you can see in the attribute table. I've tried using the field calculator to produce x and y coordinates using $x and $y but my output was null.

Please let me know of anything else to try! I know there are many resources on projecting but so far I have tried every fix I could find. 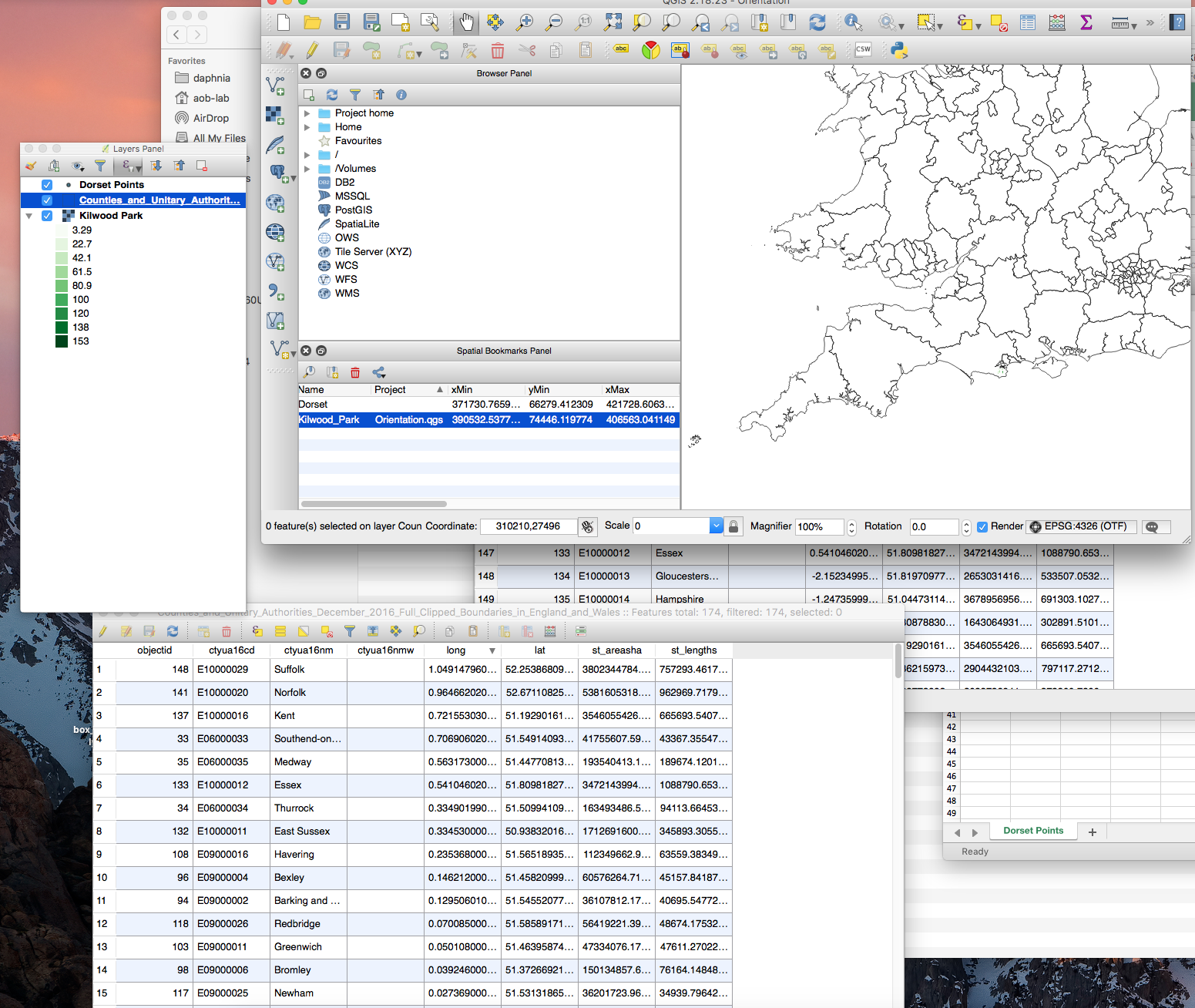 It seems as though you may have used the "Set Layer CRS" option from right-clicking on the layer name. This method is used to redefine a layer's CRS, essentially overriding the CRS that is 'built-in' to the original shapefile.

If you only need to display the data in WGS84, then you have headed in the right direction:

QGIS reads the CRS from their respective .prj files and projects them into WGS84 for you behind the scenes - this is the "on-the-fly" part.

On rare occasions something in the .prj file might not read correctly or is erroneous and you will have to define it manually, which can require going back to the source, referring to the metadata, inspecting the coordinate values, and other sleuthing.

A good place to start is to right-click the layer --> Zoom To Layer. Inspect the extent of the coordinates the features cover. In WGS84, one should expect values to range less than 360deg in the X and less than 180deg in the Y. If values are orders of magnitude outside this range, then you are likely dealing with data in a projected CRS with linear units (meters, ft, etc).

Not the answer you're looking for? Browse other questions tagged qgis coordinate-system wgs84 or ask your own question.

1
How to change the projection of a UTM-georeferenced raster in Quantum?
4
How to correctly specify coordinate system?
7
Why do my Shapefiles not align correctly?
4
QGIS project crashes when project CRS is changed and all layers are activated
3
CRS conversion of a point from Pulkovo 1952 (58) Stereo70 (ESPG 3844) TO: WGS84 (ESPG: 4326)
3
Converting from custom projection northing/easting coords to lat/long in decimal degrees
2
Convert decimal degrees to meters QGIS
0
How to get real lat lon values (degrees) of line geometry in QGIS?
2
Wrong position when reprojecting layers from EPSG:32651 into EPSG:4326
1
Displaying WGS 84 (EPSG:4326) coordinate grid over EPSG:3857 map in QGIS