I am trying to install MOLUSCE plugin on ubuntu but every time i try i get an error message saying:

The plugin is broken. Python said:

There is a screenshot so, does anyone have a solution?

I have used this plugin on Windows earlier but now i am working with linux so i would like to now if there is some solution for using this plugin on ubuntu? 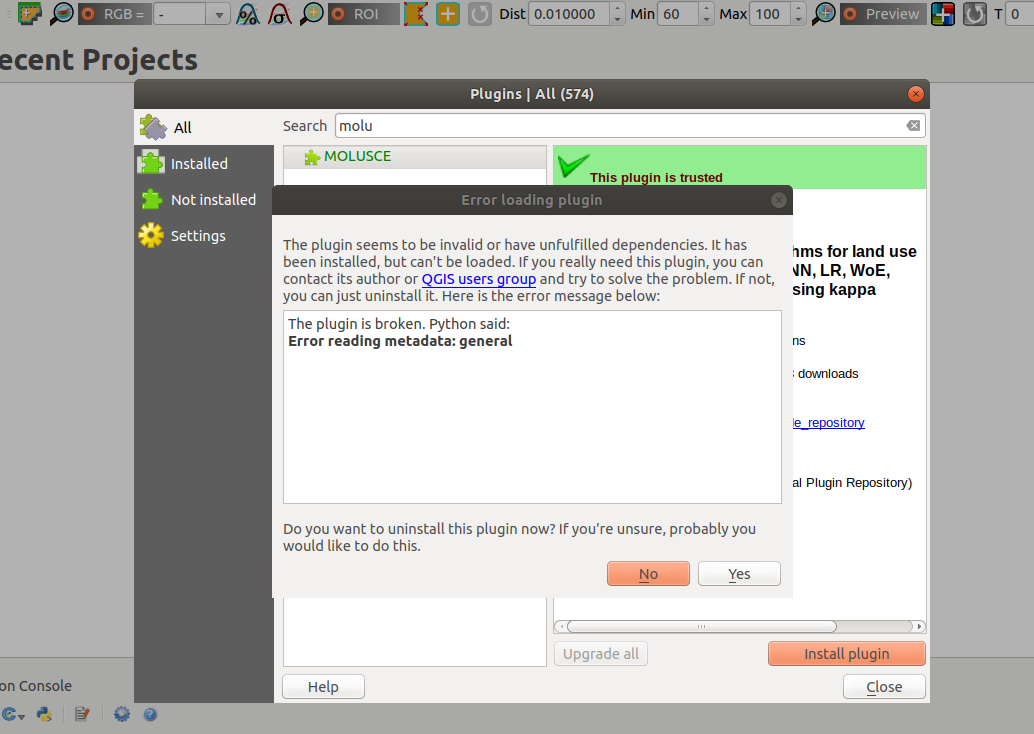 I tried opening the latest in QGIS 2.18.13 on Mac and it seemed ok. It's having problems reading the metadata.txt file which is what QGIS plugins use to describe themselves.

This is probably caused by either

You could try installing an earlier version manually from here, go the versions tab. Try the second most recent version (3.0.11 at the time of writing).

The most recent version had a change in that part of the file so it's possible that your version of QGIS for Linux doesn't like the latest version (maybe the multiple-line plugin description?)

It's probably a good idea to raise a bug in the issue tracker but you'd need to specify which version of QGIS (and plugin) is affected.

Not the answer you're looking for? Browse other questions tagged qgis qgis-plugins installation or ask your own question.