When I copy features from one layer in ArcGIS Pro to a blank layer, the polygons are transferred, but the attribute table behind those features is not transferred.

This first image shows all the counties along with the attribute table headers. 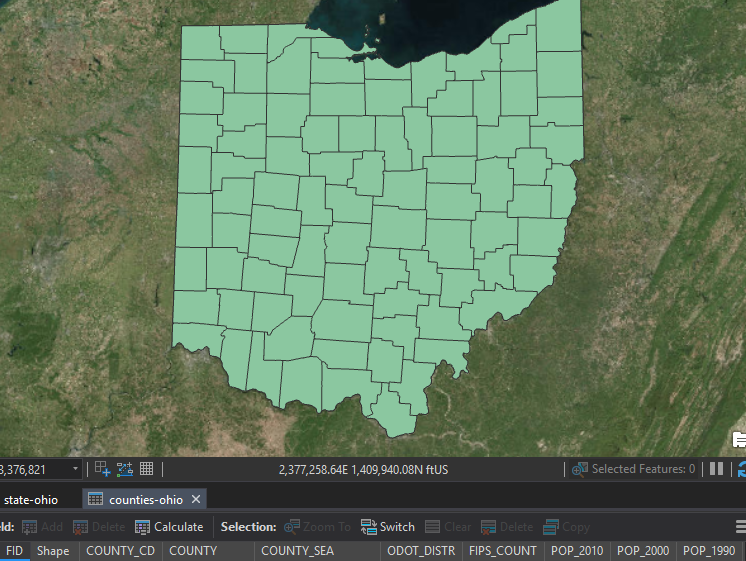 When I select all the features from the layer above and paste that into a blank .shp layer, I get this:

In that example, the attribute table did not carry over, instead it makes me a virtually blank table. I know that FID is associated with each feature, but then it just has Polygon for the entire shape column (which makes sense) and "0" for each row in the ID column.

I get no options on either table to add or edit fields. I feel as though I am clearly doing this operation incorrectly.

What are the correct steps to create a new layer from a set of selected features so that attributes are retained? Is this not possible in ArcGIS Pro the way it was in ArcMap?

You could also try:

Select the features you want to copy to a new layer. Click on that layer in the TOC > Data > Export Features. Select a location for the Output Feature Class and click Run. This will export only the selected features along with all data in the attribute table.

There's not any one correct way to create a new layer from a set of selected features. One easy way, though, is to choose Make Layer From Selected Features. This has the benefit of retaining your symbology (though you can modify it afterward) without duplicating data on disk. 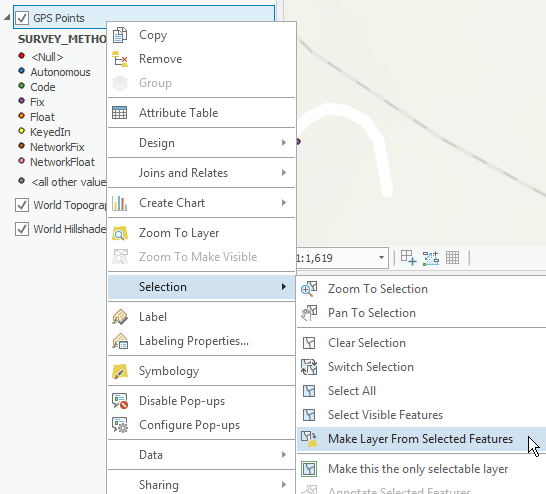 This is a long-time feature in ArcMap and looks like it made it into Pro at version 2.1.

Not the answer you're looking for? Browse other questions tagged arcgis-desktop layers arcgis-pro features or ask your own question.