Analyzing single Polygon or Polyline that overlaps itself using ArcObjects?

My current process is to determine obstructions in an area and determine properties of those obstructions as they relate to a centre polyline. Per the image below I take a polyline which denotes a flight path. I then buffer the polyline by x units to get an accountability polygon. For each of the points inside the polygon I will determine the lateral distance to the centre line and also the distance along the centre line. 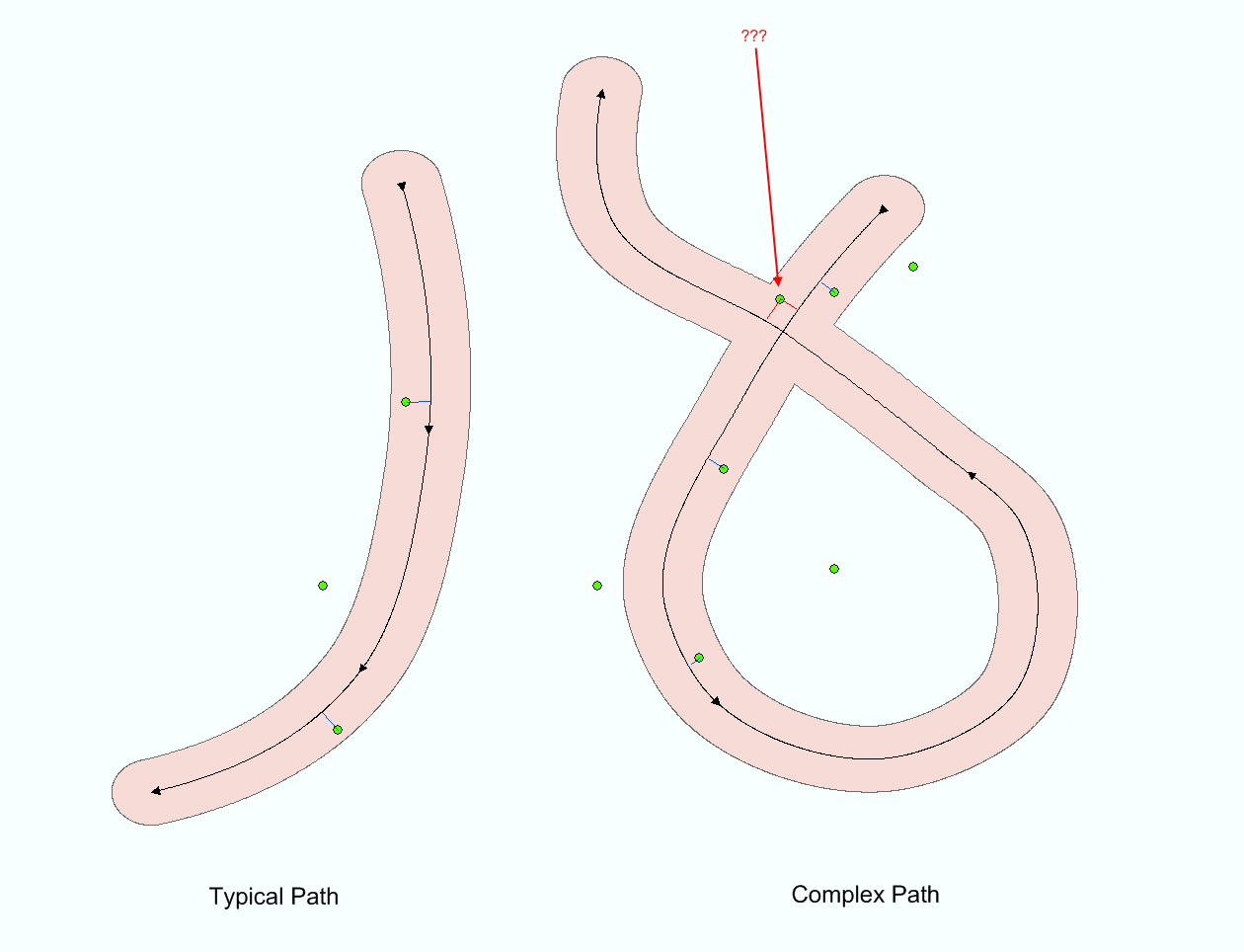 I use ArcObjects against ArcGIS 10.4.1 with a Basic License. My process works great when the flight path is simple. however, when the path is more complex (ie it overlaps itself) I am having difficulty in trying to analyse the scenario.

In its basic format my code looks like this: