Digitizing lots of points and polygons outside GIS software?

I have orthophoto of marine bottom from which I want to extract several informations. This information can be for example position of animals (i.e. a point) or the position/contour of a rock (i.e. a polygon). My goal is to produce several vector layers each corresponding to a specific variable (e.g. one layer for seastar position, one layer for rocks, and so on).

I know I can import and georeference the image in QGIS (for example) and there create the layer from scratch adding each single point or polygon. In this way, every time I will add a feature I will be prompted a dialogue box where I should enter some information (e.g. feature ID). The problem in doing this is that having lot of features (e.g. 1000 of points) I will have to do a lot of clicking and moving with the mouse, and that is going to be extremely time consuming.

I was wondering if there is any known workflow/strategy, for example, to just click on the location I want the points to be, then obtain the X-Y position of the point and save their coordinates as a layer (or a csv). Same reasoning with polygons.

TO be noticed is that, while the type of information I want are spatial, I don't necessarily need to have shapefiles georeferenced in any "real word" reference system: I mainly need position of features (points and polygons) relative to each other. For example, I think it could be ok to have all positions in Pixels of the image (subsequently I guess that it could be possible to attach a lat long values to single pixels once the image will be georeferenced eventually, but correct me if I'm wrong).

Therefore I am not constrained to use a GIS software.

It seems that something like this will be possible using ImageJ but I did not figured out yet how to do it and thus I am asking here if anyone knows an already tested and fast strategy/method to achieve my goal.

I think your idea is not right. Why do you think to digitize out of GIS software? GIS is a very proper tool for that working. In general, all GIS supports all functions for digitizing. If some feature is not convenient, then you should find corresponding option and change for your demand. In your case, you can avoid prompting QGIS attribute dialog when inserting new point(feature). Right click your point layer in layers panel, then select property. Next, do as below image. Please change suppress attribute form popup after feature creation as Default 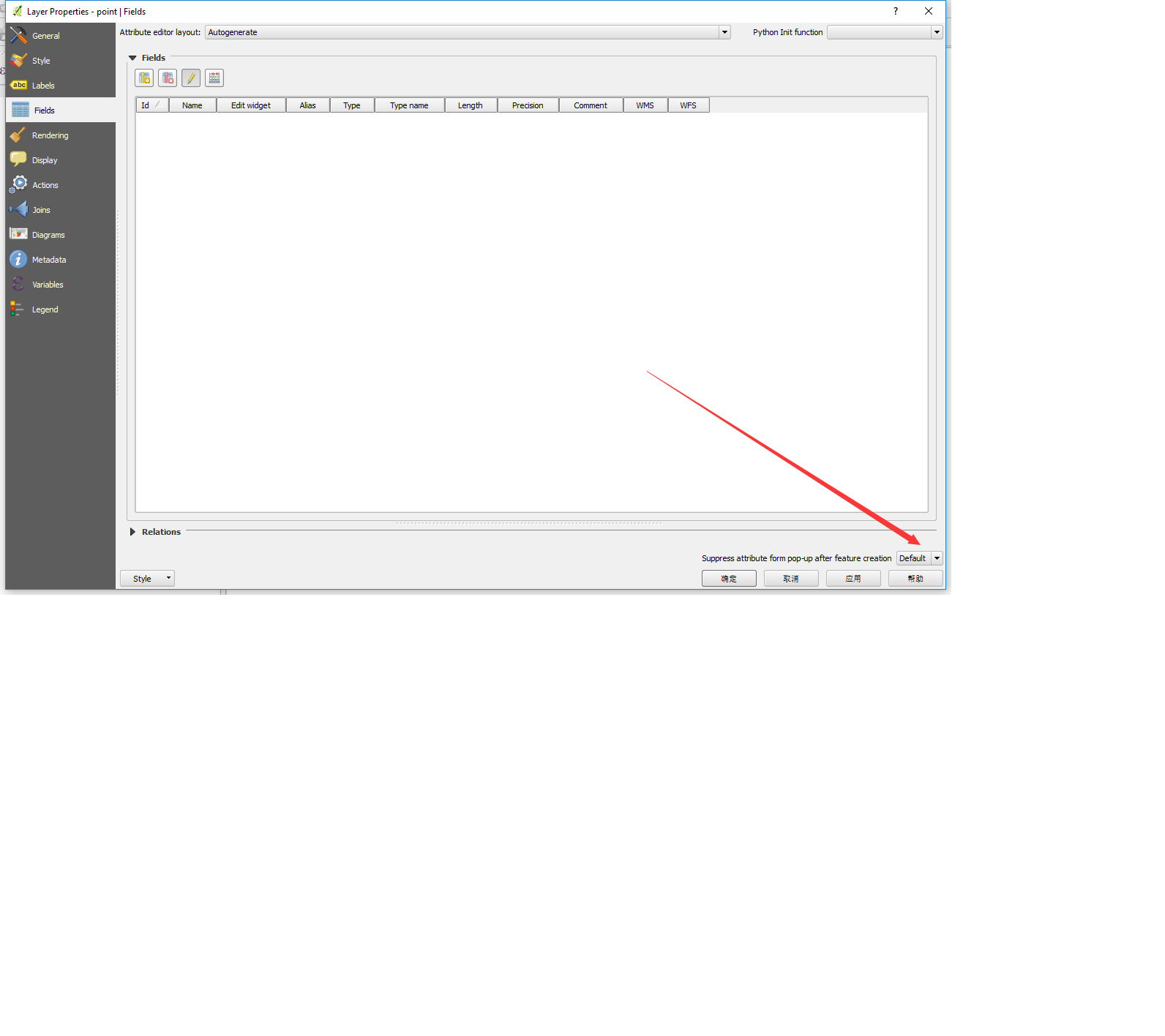 Just thought you might be interested in Engauge Digitizer when you need to digitize contours and/or polygons.

I often have to digitize plots (so, still xy pairs, just not geospatial). I love the Golden Software Suite. Specifically, I use both Didger and Grapher for digitizing plots. I like Grapher a bit more. It's not free, but it's really easy to use, and digitizing is much less cumbersome than in ArcGIS or QGIS (you can just click-click-click without having to click-type attribute-enter for each point). Here's a link for Grapher and one for Didger.

Not the answer you're looking for? Browse other questions tagged digitizing vector-layer imagej or ask your own question.

4
Use GDAL command line to copy projections
1
In what real-world examples do users still digitize features from a map?
1
How to create polygons from 3D points in CSV?
1
Extract a line segment out of a polyline on the basis of numeric values (distances) defined as attributes [QGIS]?
1
Android App to help digitizing point layers on a Tablet
0
Batch digitization of a fixed set of relative geometry