I am encountering some unexpected behaviour in attempting to use linear referencing tools to produce a route event layer for a road network.

I have produced a polyline route shapefile from a previously existing segmented layer without issues, which displays as expected- all lines have been reproduced and consolidated by UID. I'm then running the Make Route Event Layer tool. When setting parameters for this tool, initially there is an error message displayed next to the Event Table Route Identifier Field (Error 00840 - The value is not a Route Measure Event), however this disappears once I have set the From and To Measure Fields. The tool runs without issue, and generates the Route Event Layer. In the attribute table, all looks as it should- the correct number of records, all attributes have been maintained, etc. This is when the irregular behaviours start occurring however:

The only conclusion I can draw from this is that something is occurring in the initial caching when the data is first drawn, both as an event layer and as an exported layer, preventing the full set of features from caching to display correctly. Can anyone shed some light onto what might be happening?

I am using ArcGIS Desktop v10.3

Another user seemed to have a similar issue here: https://community.esri.com/thread/44116 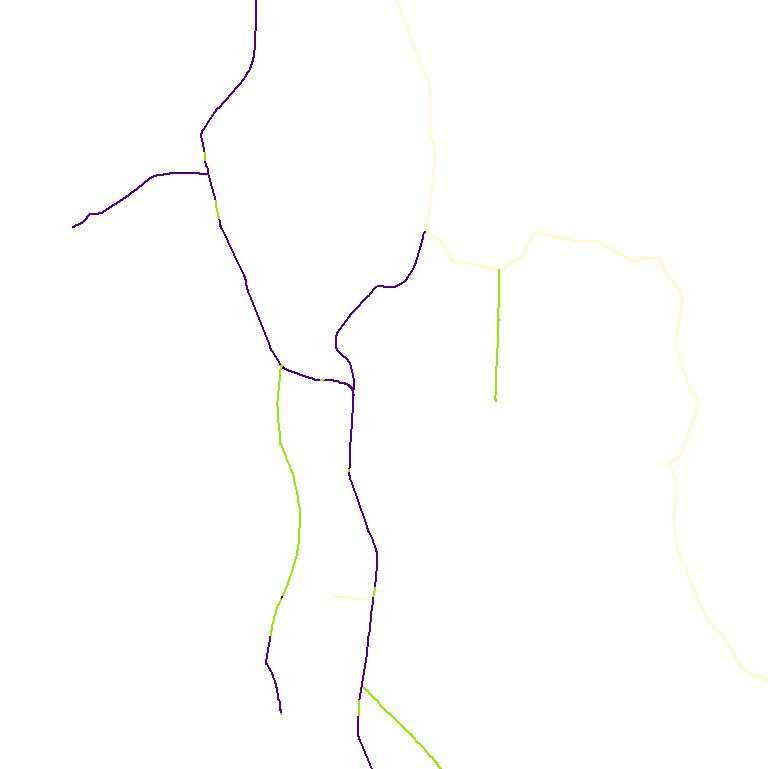 Expectation would be that both blue and green would overlay all yellow lines. Additionally, blue and green differentiate even between themselves despite having been derived from the same event layer using exactly the same process.

EDIT: Running calculate geometry on the output features shows that a lot of them have 0 length, which doesn't explain why the attributes would be showing when clicking in the area they should be, but does explain why they might not be displaying. I'm not sure why that would be though- there does not seem to be any identifiable pattern of difference in the from and to values between those that do have measurable length and those that don't.

The solution in this instance was simple- the route event UID field was a string format, while the event table UID that it was matching to was in a numeric format. All I had to do was recast the event table UID as string format. For anyone interested, the easiest way I found of doing this was to ~ right click > export > to dBase ~ the table in the catalog window, and change the field type in the export dialogue box.

If anyone has any further information on why a discrepancy between UID field types might cause such aberrant behaviour in the output Route Event layer please feel free to edit this answer with some information- I'm at a loss.

Not the answer you're looking for? Browse other questions tagged arcgis-desktop linear-referencing or ask your own question.